Sadly, one of the blue girls has not survived the night. She seemed well the day before, but unfortunately what I think has happened, despite taking precautions such as fitting pig rails to the whelping box and staying with Pasha overnight to help any pups that got stuck behind her, the puppy managed to get underneath Pasha and, being inexperienced and quite a big solid bitch, she lay on her and squashed her.

The worst part was that when Pasha realised what had happened, all she wanted to do was lick the puppy to try to revive her. When I took the body away and hid it to get her to concentrate on the living ones, she kept trying to steal it back. The puppy has now been buried, out of sight and out of mind, and Pasha is back with the other pups. 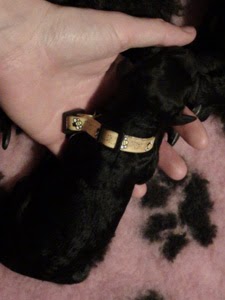 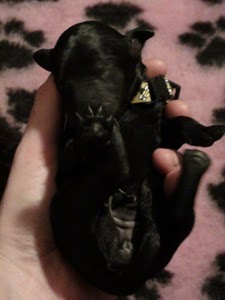