Some Plants My Animals Love -- and I do too!

Lucerne, King of the Forage Legumes 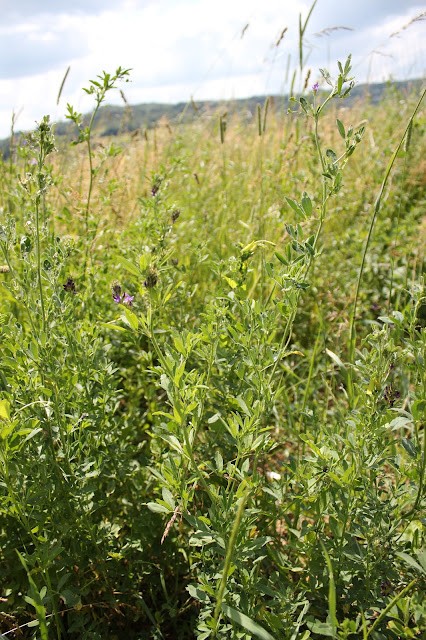 Lucerne is called alfalfa in the USA and Canada, and sometimes in the UK products made from it are marketed under this name or 'lucie', particularly when aimed at the horse and pony market. Lucerne has been used to feed livestock since ancient times and is one of the most productive and highest protein forages that can be grown. It has an advanced deep-delving root structure and of course, as do all legumes, it fixes nitrogen as well as carbon.

If lucerne is king, it's a bit of a tyrannous monarch. For a start, it's autotoxic. 'Toxic' is one of those abused words that has a specific scientific meaning that has been corrupted by entering the common vernacular, and all this really means is that mature lucerne plants leach hormones into the soil that impede the germination and establishment of more lucerne close to the parent plants, which means new lucerne plants can't seed and get going in established stands. This has no effect on anything other than lucerne, and probably evolved to reduce the impact of the very large root systems of the plants competing with each other for space. It does mean that if you have a pasture in which lucerne is a component and you need to destroy it and reseed it for whatever reason, lucerne won't re-establish in it unless you use it for something else for several years.

Secondly, lucerne has rather an antisocial reproductive habit. Its pollen is deficient in some amino acids important to the diet of pollinating insects. This generally isn't a problem unless you plant acres and acres of lucerne with no other flowering plants, since bees can always make up for it by foraging other flowers. However, the flowers have an odd mechanism that hits the bees on the head to deposit pollen on them when they access the flowers. Bees don't like being banged on the bonce, same as everything else, and learn to either avoid the lucerne or eat through the side of the flowers to bypass its bee-bashing machinery.

Lastly, lucerne as grazing can be hazardous to some ruminants, in particular cows, as it ferments aggressively in them and can cause a buildup of foam that can blow up the animal's digestive tract and potentially kill it. This is less of a problem when lucerne is included in a diverse sward rather than used as a pure stand, and seems to be less of a problem in sheep and even less so in alpacas. 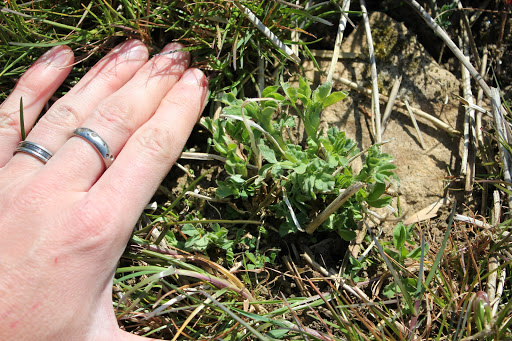 Like any king, lucerne has a crown. In this case it's a sort of woody knobbly thing visible at the soil surface from which the plant sprouts following its winter dormancy and after it's been eaten. The crown is the only visible part of the plant's enormous root structure which in mature plants is apparently anywhere from 2 m to a massive 15 m deep.

Sainfoin... Queen of the Forage Legumes...? 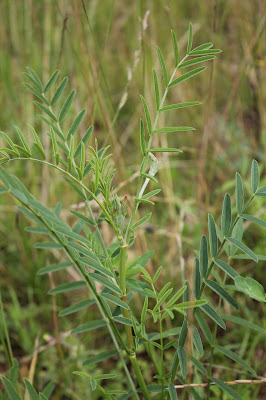 The sainfoin plants around here are not very big as they were only planted this year. At maturity they are impressive plants with lupin-like pink flowers. There is one growing wild by a roundabout nearby, which I haven't taken a picture of because I'm always driving when I see it. More and more I am noticing that roadsides and waste ground is being maintained in the same way as meadows these days, which is great for biodiversity and for motorists to enjoy.

Back when countries were ruled by kings, the king was determined arbitrarily by birth order, which meant the populace were stuck with whatever king they got, which could put the country in a dire situation if the king had serious flaws. To compensate for this, the king could marry someone who made up for his deficiencies, and would often pick a queen who was diplomatic or had other characteristics that appealed to the masses. While sainfoin isn't as well-known as lucerne, they complement each other in this way, and sainfoin can ameliorate the bee-bashing, cow-inflating tyranny of lucerne.

Sainfoin is not as rich in protein nor as high-yielding as lucerne, but it has some superpowers. It contains condensed tannins which when ingested by livestock have several remarkable benefits. First of all, they work to break down the foam that can develop in ruminants as a result of rapid fermentation, preventing gas bloating. Secondly, they bind to proteins in the rumen so they pass into the intestines without being broken down and make the animal digest them more efficiently, and the third effect is that as a direct result of this more efficient digestion, the animals produce less methane. It is also an antihelminthic, which means it can actually help to reduce and prevent intestinal worms in animals grazing on it.

Of all the legumes, sainfoin produces the highest quantity and quality of nectar. It is rocket fuel for bees and other pollinators. Like lucerne, it is deep-rooting and drought resistant. Despite being grown since ancient times and despite all its qualities, sainfoin has fallen from favour since the World Wars. Considering all its qualities, it is perplexing why anyone with livestock would not want to grow it.

A video of a huge area of sainfoin, probably for making hay, by Patrick Funk

Burnet and chicory are two herbs that seem to do rather well for themselves even in quite aggressive grazing conditions. I deliberately let a paddock get hammered this spring because I wanted to overseed it to make it more diverse. The animals ate everything to almost ground level. When I inspected the field to see if seedlings were growing, there was a burnet plant and a few chicories doing very well that clearly were not seedlings and must have arrived earlier by being carried in by animals. They are both deep-rooting plants and chicory also has antihelminthic properties for animals grazing on it. I almost feel bad writing this as so much snake oil is peddled claiming to 'reduce worms naturally' but there is real research on this that shows it is effective. Chicory has attractive blue flowers on it in late summer, this one not quite yet. 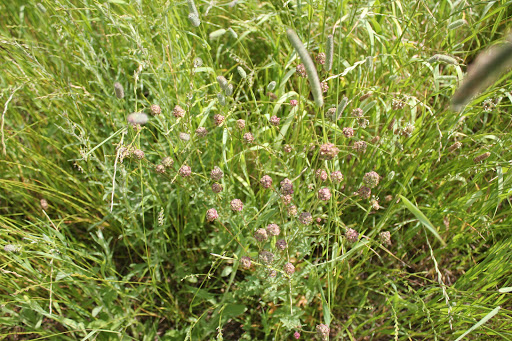 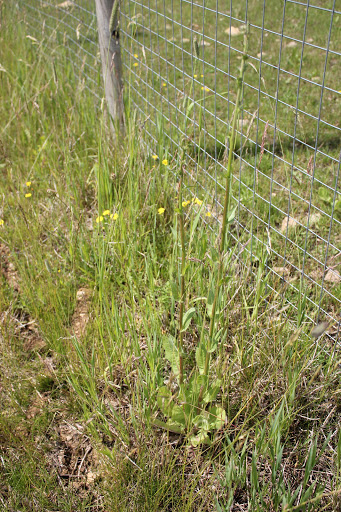 Ribgrass is another deep-rooting plant purported to have anthelminthic properties. It thrives anywhere, including on building sites in solid clay. 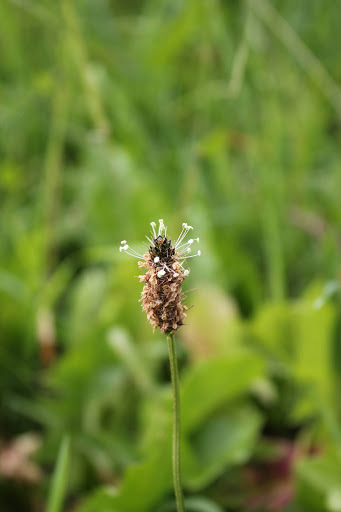 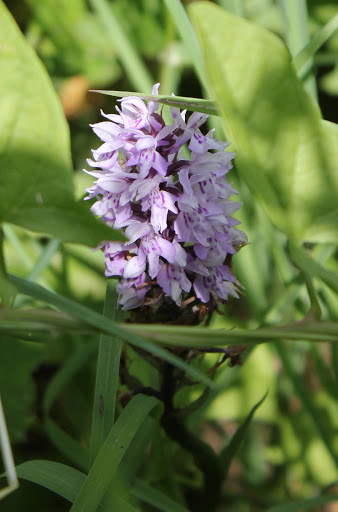 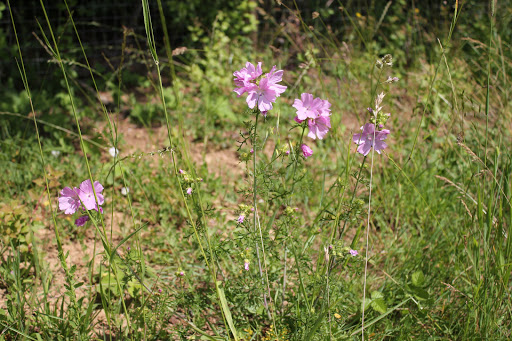 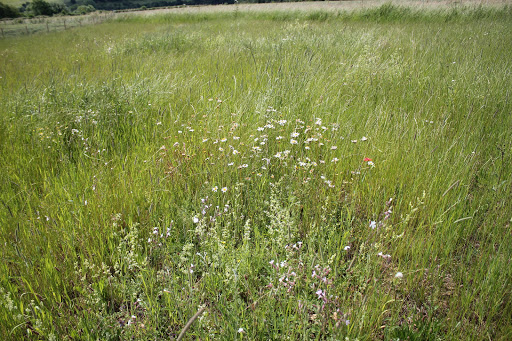 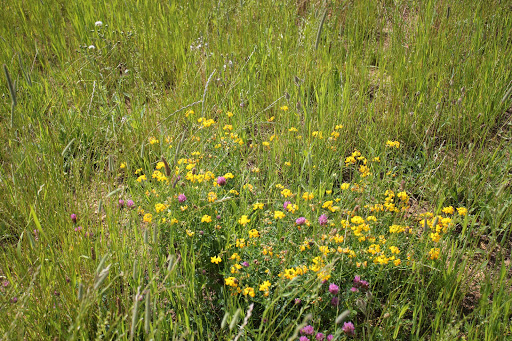 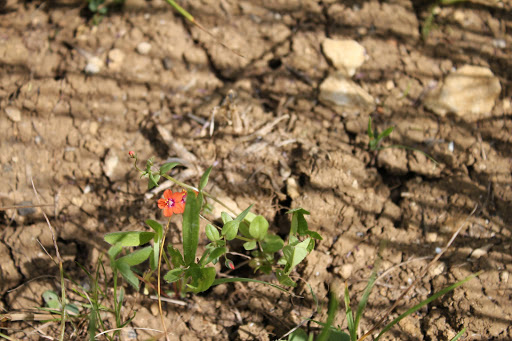 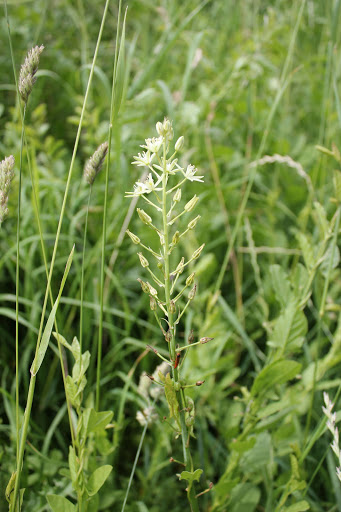 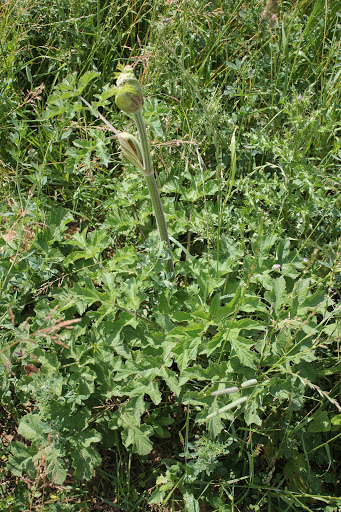 Hogweed. Alpacas like eating it. Also good on a pizza.