Many people seem to have trouble understanding the results of DNA tests for recessive diseases in animals and how to use them. In recent years a number of laboratories have started to offer 'chip arrays' that include a great many tests (e.g. this and this), which can be very affordable and easy way to get several tests. Unfortunately as a result of being able to do many tests cheaply in this way, animals receive results from tests irrelevant to their breed and some breeders are becoming increasingly confused by these results.

DNA tests have limitations because (stay with me even if this doesn't make sense; it will be easier after the cartoon) they are often oversimplifications of complex genetic processes we don't understand and that probably involve many alleles at a number of different loci. 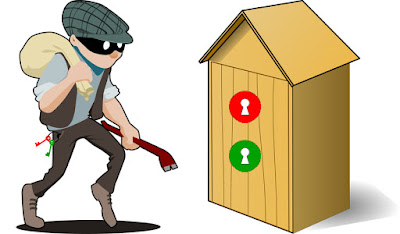 Suppose your house has two locks on the front door, a green one and a red one. To break into your house, the burglar has to have both a green key and a red key. Both the red and the green lock are 'weaknesses' that allow your house to be burgled, but unless the burglar has keys to both locks, he cannot break in. One simple solution to this (assuming in this world the law doesn't work as it does in reality) is to catch the burglar and take away the red key. That the burglar still has the key to the green lock doesn't really matter, because he can't gain entry without the red key.

This is how a great many DNA tests for recessive genes work. Scientists find a gene that is involved with a disease but may not be the actual cause of the disease. The precise genetic cause of the disease remains unknown, but we know enough about it to understand that preventing this one gene from expressing is an easy way to stop the disease. The one gene that has been found is just one 'lock'. If you mate two animals together who are tested as carriers, what you are doing in terms of this analogy is putting together a house with a red lock and a burglar in possession of a red key, and there is a risk the house will be burgled (or some of the offspring will express the disease). In reality the green lock and key are just as much at fault for the burglary, but we don't see them because the test can't find them. This is why we do DNA tests for known diseases in animals, and we never mate an animal who is tested as a carrier, or who is untested, to anyone other than one who is tested clear. It's easy, it works, and if it's done properly, it shouldn't do harm.

Suppose, terrified by the prospect that a burglar might have a red key and in the distant future might find your house, you try to remove the red lock and replace it with a blue lock. Only, there aren't any locksmiths because the government has banned them, and the only tool you have is a sledgehammer. 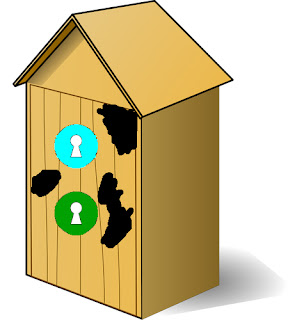 Your attempt to rid yourself of the red lock has damaged your house so much that it leaks, and looters can fit through the hole and steal your possessions. The house you were trying to protect has become ruined by your efforts.

This is how overzealous attempts to control genetic mutations in a breed can result in harm to the breed's gene pool. If, rather than simply avoiding mating carriers together, you decide that animals who carry a DNA marker for a disease must be eliminated entirely from breeding, or you breed young from your animals and test them, and choose only to keep the young tested 'clear', this is what can happen. Genetic diversity is lost from the breed because of healthy animals being thrown away, or because it was on the same chromosome as the test marker. Remember again that the test marker might not be the disease, just a gene or area on the chromosome that is involved in it or close to it.

Now suppose you have a different breed, and a DNA test that is not recommended for your breed says your animal is a carrier?

What if your neighbour has a house with a red lock and a yellow lock? The neighbour hears of your problem with burglars and is afraid of being burgled, and won't let any person with a red key come near their house. 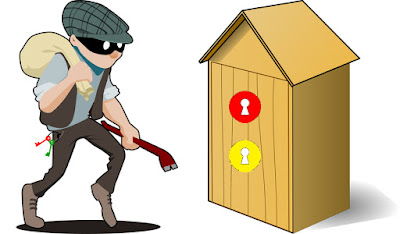 The neighbour might well be worrying about nothing. The burglar has a red and green key, and cannot bypass the yellow lock. Thinking back to what we said at the start, about many genes being involved in the expression of a disease, this means that a gene implicated in one breed as being involved in a disease is harmless in another if the other parts of the genetic pathway are missing. Meanwhile, as the neighbour is demanding everyone in the street turn out their pockets, a burglar with a purple key breaks in through the single purple lock on the back door.

Suppose another neighbour has an orange lock. Only, in this story, nobody's eyesight is much good, and the neighbour can't tell the difference between orange and red. Our modern DNA tests are rather crude and often can't tell the difference between a gene that is actually involved in a disease, and one that just happens to be very close to it, which is termed a neutral marker. Genes tend to be passed from one generation to the other in blocks, so usually within a breed the marker will travel with the gene and the test is accurate for that breed. This is called linkage disequilibrium. But over many generations it can happen that chromosomes exchange DNA and areas normally in linkage disequilibrium can be split up. Or, if the gene involved with the disease is a recent mutation, it may not be found in a more ancient breed that has the neutral marker but not the mutation. Therefore, the marker gene in a very distantly related breed might not be in linkage disequilibrium with the gene that is involved with the disease. 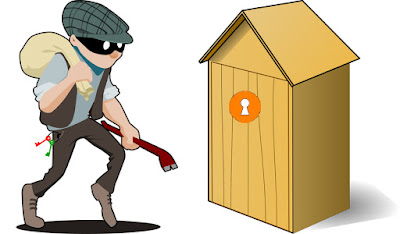 To summarise:
Use DNA tests that are verified as relevant to your breed.
Do not mate a carrier or an untested animal to anything other than a 'clear'.
Do not discard animals tested as carriers.
Do not test litters and deliberately select offspring that are not carriers. If the offspring you keep is a carrier, simply mate it to a clear and you will not produce animals with the disease. Remember the test may be either for a gene that is involved with other genes to produce the disease, or simply a neutral marker that is close to a gene involved with the disease.
Do not test for conditions that are not verified as relevant to your breed. If using modern 'chip array' type tests suggests your animal carries a gene indicated in a test for another breed, this should be taken with a pinch of salt, as it may be irrelevant. Consult the provider of the tests and geneticists before assuming any relevance.
Remember that our understanding of genetics is still very limited, and scientists do not understand the exact genetic pathways of a great many diseases. Things could change dramatically in the future as understanding changes -- and history shows us they frequently have.
Posted by MJR at 19:44 No comments: