I'm not going to pretend I wouldn't have preferred them to be female, but these two boys are strong and bonny and I'm probably going to do the same matings that produced them again next week. Everyone who breeds animals for any length of time will experience having to deal with births and pregnancies that don't go right and sickly runts where it's often hard to tell when you need to stop and let nature take its course for the sake of the animal as well as your own sanity. It is nice once in a while to have things go so smoothly and be able to sit back and enjoy. 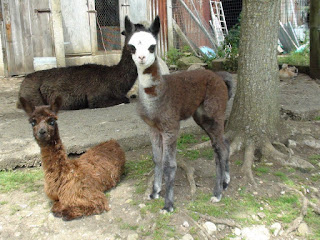 Suri cria is starting to develop his lock structure -- his fleece looked tufty when he was first born. 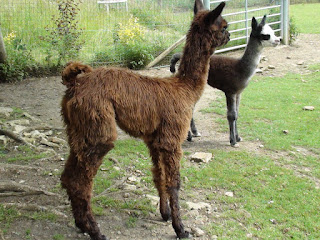 Fleur is pregnant and looks it, and will likely be the next to give birth, but likely not until the 6th of July or after. 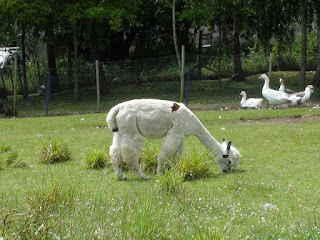 I usually try to avoid having pups in summer as there's so much other stuff going on. I had been intending to mate Indi, who previously had a litter in 2017, on her next season, and I wanted to use an overseas sire, but her next season is likely to be in November and because politicians won't stop fighting with each other and sort something out, I wanted to avoid a potentially complicated scenario where it might not be possible for Indi to go. So, as something of a last minute decision (Indi's passport was only ready a week or so before she came in heat) Indi and I travelled to the Netherlands. Indi enjoyed herself there and recently I've found out she brought some souvenirs back with her. 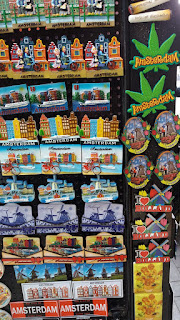 Indi's souvenirs will be much more tasteful than these ones

So we are hoping to have some Indi pups in July. Because of the late change in plans and having told previous enquirers I wasn't having any more pups until early 2020, there are probably a few places available on the waiting list for Indi's pups depending on how many there are, so if you think an Indi pup would be right for you and you can give it the loving home it deserves, please get in touch. 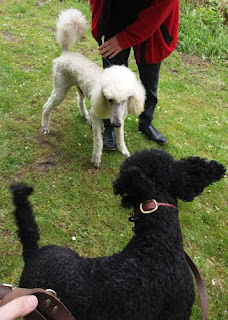 It seems to be trendy at the moment for people to make what looks like tacky movie posters about forthcoming litters, so I made the tackiest most tongue-in-cheek one I could come up with! There are proper pictures of the dogs and information on the litter page on the website. 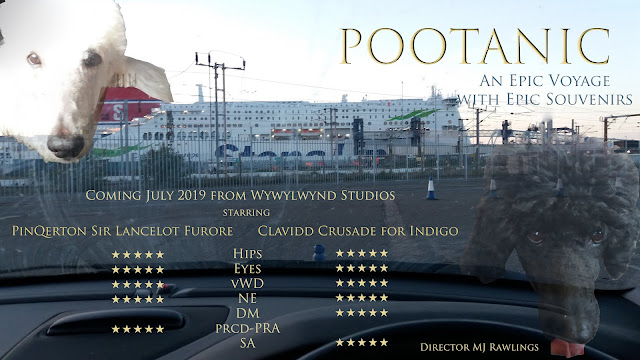 Bess still hasn't given birth, but now she has a grandson as her daughter today has beaten her to it. 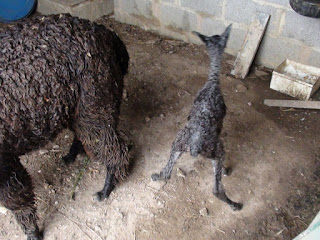 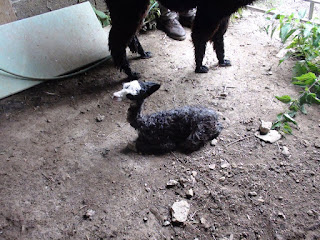 Patience's cria seems healthy and weighed 12 pounds at birth. His sire is our male Costa and he and Patience have been shut in the field shelter where there's a drinker and a bag of hay for Patience, and will stay there until tomorrow due to the atrocious weather.
Posted by MJR at 17:25 No comments:

Recently I've heard from several people that email replies I sent to them ended up in their 'spam' folder, and a reply to an email I sent to someone arrived in my own spam folder. This raises suspicions as I've had several enquiries through the contact form of my website recently which I replied to and heard nothing more from. I usually reply to all sensible enquiries within a day or so, so please check your spam box after sending a message, and if you've not heard anything within a reasonable time, please feel free to use the facebook page or the phone (just leave a message saying what the call is about as it automatically saves the number).

Today is two years since Bess last had a cria. She has been pregnant now for over a year and seems to be pretty uncomfortable with it. I'm hoping she will give birth soon. 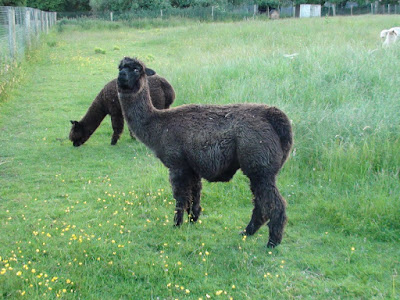