In general turkey isn't a meat I am mad keen on, and on special occasions I tend to associate it with an enormous and not terribly appetising roast with a lot of dry and fibrous breast meat, that far outlasts the novelty value of having it cold in sandwiches. I had hoped to have goose for Winter Solstice this year, however the two goslings I hatched both died from mysterious symptoms, and at the time I was concerned it might have been parvo. By the time the histology report came back that they had died as a result of vitamin E deficiency, the breeding season for the breeds I was interested in had finished (and four ducklings who had been eating the same food had started to show the same symptoms and later died despite changing the food as soon as I found out). I am still waiting to hear back from the manufacturer of the food to see if I can have any compensation for this.

As goose this year looks to be out of the question, I decided to look into rare breed turkeys in the hope of finding something that will turn out smaller and more succulent, and settled on the Bourbon Red breed as it is was developed in the USA to be more like the wild type birds there, and is supposed to have more flavour and fat and not grow so large. I acquired 14 eggs from two different sources, with the idea of hopefully keeping the best stag from one group and a couple of hens from the other on to breed. Only one egg failed to develop, and of the others, 12 have hatched over the last two days, with the 13th dead in shell. 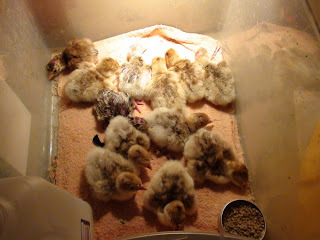 The four with pink marks on their heads are from one source; I put nail varnish on them to tell them apart until they are large enough for leg rings. 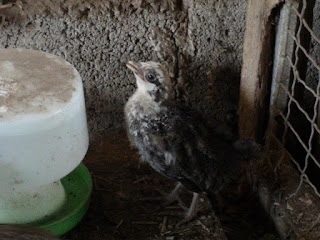 Smudge/Splodge was one of three Old English Game peeps I bred last year. The night it hatched it managed to fall out of the nest, and when I found it, it was cold and staggering drunkenly. I warmed it in my hands and put it back under its mother Tatty Tail, and it made a full recovery. We gave Smudge to a relative who wanted a pet cockerel to look after her hens, and he became something of a local celebrity in her village. Smudge and the hens were fully free-range, and he used to escort the hens up the road to the pub every day. I was today informed that while leaving the pub, the chickens were attacked by a fox and Smudge was killed in full sight of several people. Cocks are often thought of as vain, self-centred creatures, but they absolutely aren't. When a predator attacks, the cock stands his ground even when he stands no chance, so that his hens can live, and Smudge's sacrifice of himself is typical of the noble instincts of these male birds.

Coincidentally at around the same time, one of my Old English Game hens has gone missing. There is no evidence of a predator having taken her. I haven't checked the leg bands on the other two hens, but I suspect it is Tatty Tail, as she seems to be the expert on secret nests (she and Stabby and the daughter Stripe are pretty much indistinguishable). So perhaps there will be some more peeps in a couple of weeks' time.
Posted by MJR at 14:52 No comments: 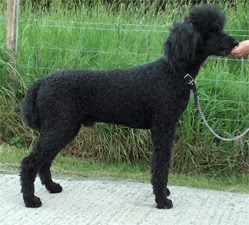 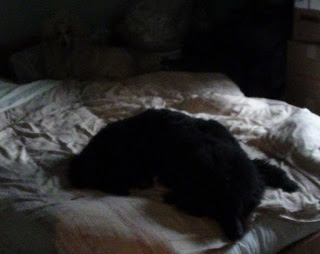 Pasha having a rest, Cally in background
Posted by MJR at 11:48 No comments: