Wheat is for pronking in. Pandora is at the age where she is starting to notice animals, and her 'prey motivation' is likely to become apparent. It will be interesting to see if it is the calm fascination her mother and grandmother have, or Otto's rather more overexcited reaction.
Posted by MJR at 00:11 No comments:

As the weather warms up, the alpacas need to be shorn so they don't suffer under heavy fleece in the summer heat. This began last week with the males Trident and Costa. 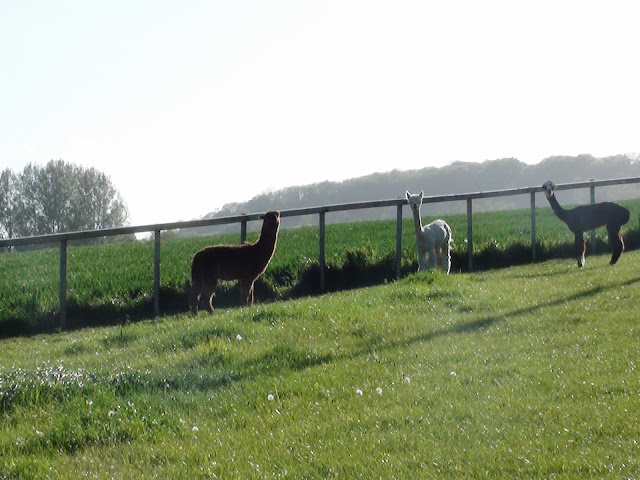 L-R Marius (who has not been shorn as suris don't overheat so badly and can be left every other year), Trident, Costa

Today it was time to do the pregnant females Poppy and Olivia. Male alpacas and open females are easier to handle than pregnant ones, and let's just say they both lived up to their reputation. Fortunately they are done now for another year. After the alpacas were shorn last year, I posted on the blog about Olivia's obesity. She had been mated after she had Trebuchet the previous year and was already overweight at this point, and at some point after this she lost her pregnancy and we didn't realise until a cria was not born, and she had become extremely fat by this time. Olivia's weight is being managed with a combination of penning her with limited grazing where she can see the others and using a grazing muzzle. Here's a comparison of Olivia last year, not pregnant, after being shorn (L), and Olivia this year, pregnant, after being shorn (R): 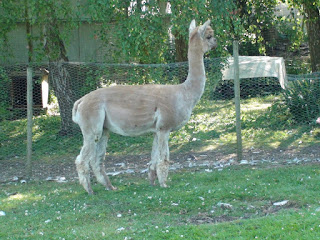 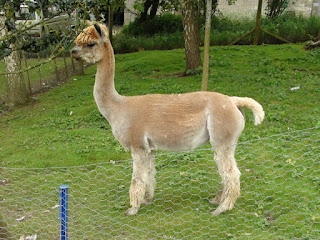 Here's Poppy who is at the same stage of her pregnancy and in correct condition: 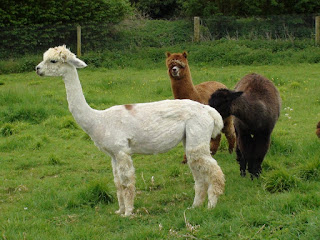 So Olivia isn't quite down to her correct weight yet (her shoulder should be more prominent and she shouldn't have that bulge under where her neck joins her body) but she's getting there!
Posted by MJR at 17:31 No comments:

As the year returns to the season of growth and birth, the focus on the smallholding returns to the livestock. First to hatch from the new incubator is this multi-ethnic community of goslings and chickens. 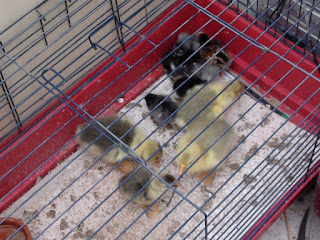 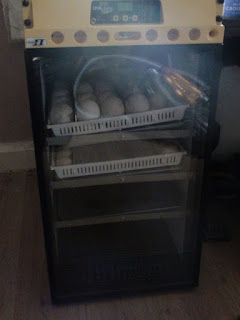 The alpacas have been spat off (pregnancy tested) after the long winter. Poppy and Olivia are still pregnant, although Olivia's body condition needs to be carefully monitored, as last year it turned out she had lost her pregnancy and by the time we found out she had become obese. Bess unfortunately has lost her pregnancy again over the winter, and has had to be mated again. I am less concerned about Bess than Olivia as the one cria she did have she looked after well, and she maintains herself in decent condition even if she isn't pregnant, but if she continues to have these issues and Olivia continues not to produce enough milk for her cria when she's in better condition, both of them will have to be axed from the programme and sold as pets, as reproductively unsound animals have no business being in a livestock breeding programme. 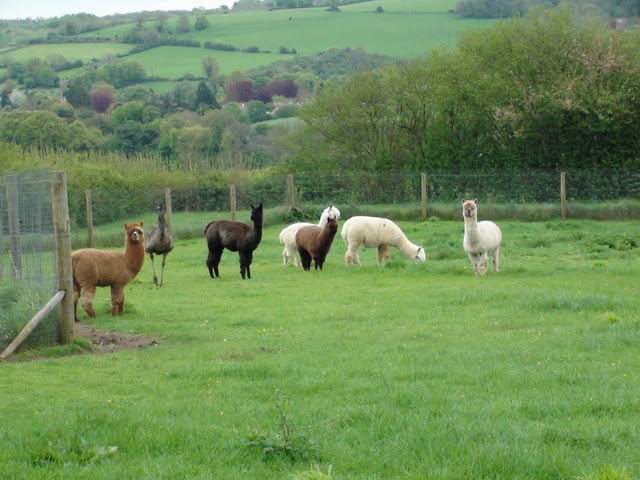 We also have a new stud male, Marius, who is joining our other two males Trident and Costa. Marius is a suri alpaca, which is a different fleece type to the alpacas we currently have (huacaya). The suri fleece is caused by a single dominant gene, so we are hoping to have some suri cria from Marius next year. 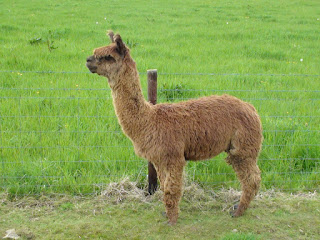 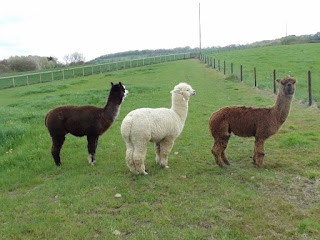 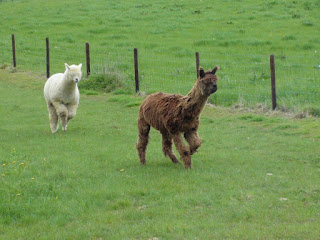 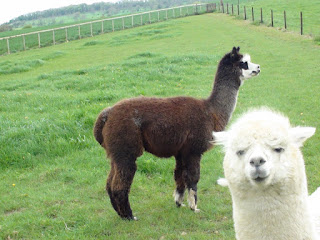 Thanks Trident, but really this was supposed to be a picture of Costa
Posted by MJR at 20:51 No comments:


Apparently the safe word was 'poodle'.
Posted by MJR at 15:24 No comments: