Zo, the last puppy, went home yesterday. Here are some pictures from the morning walk before his departure: 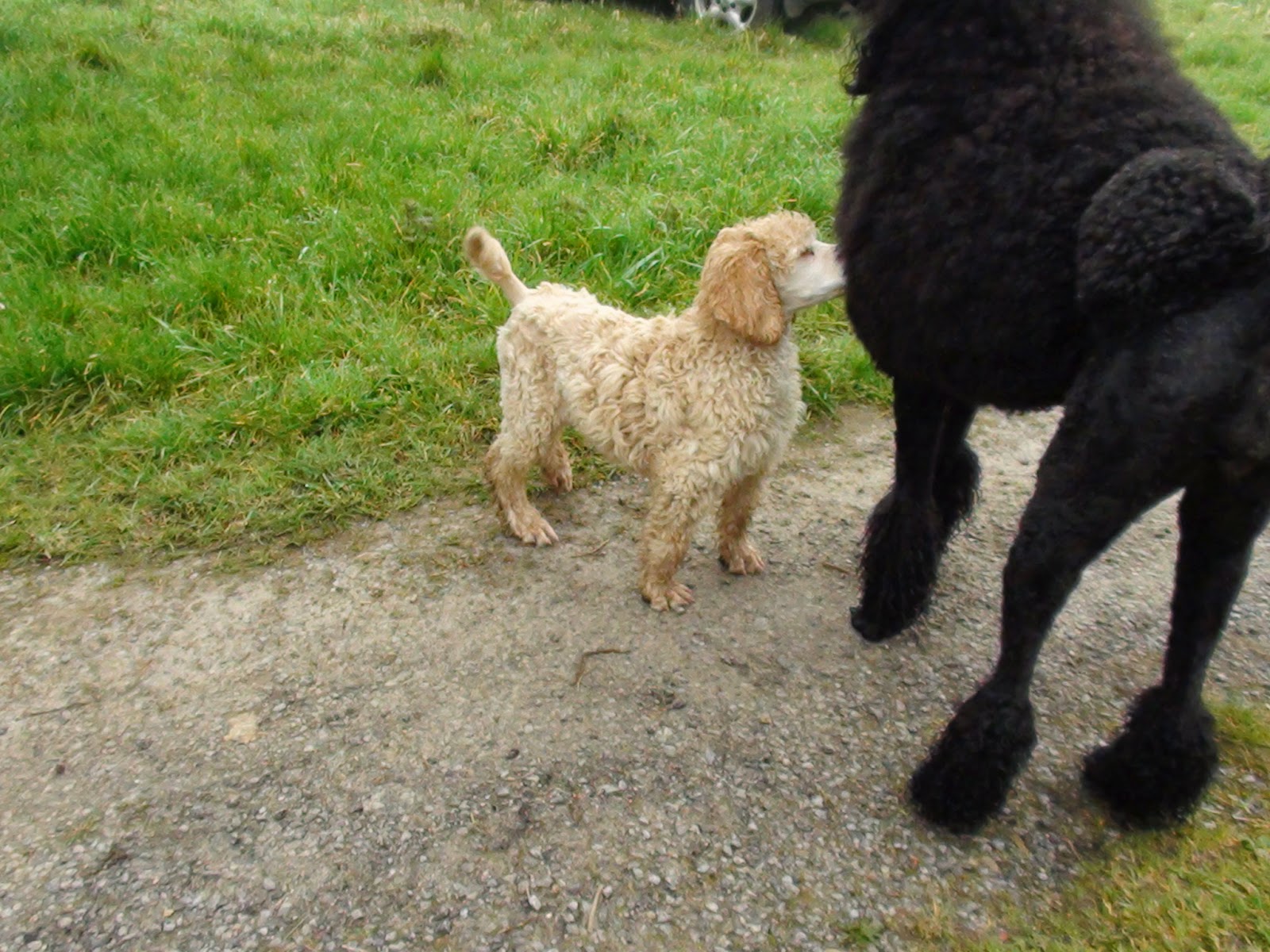 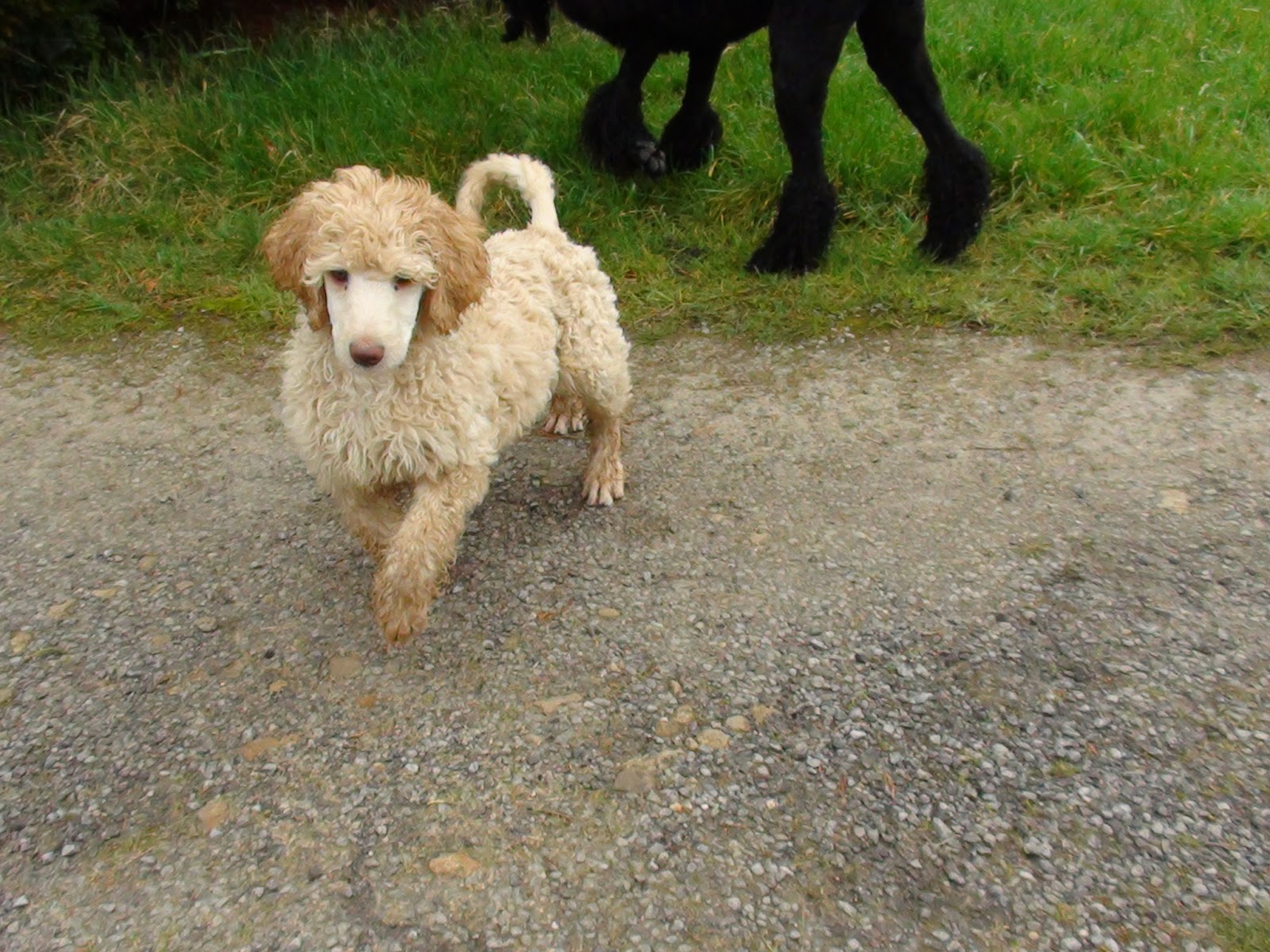 We wish all seven pups long and fulfilling lives and them and their owners the very best:

All that remains is the pup room to clear up. Pasha watched me remove the pen and came outside to smell the toys I had put to soak and the puppies' bed, perhaps to remember them. 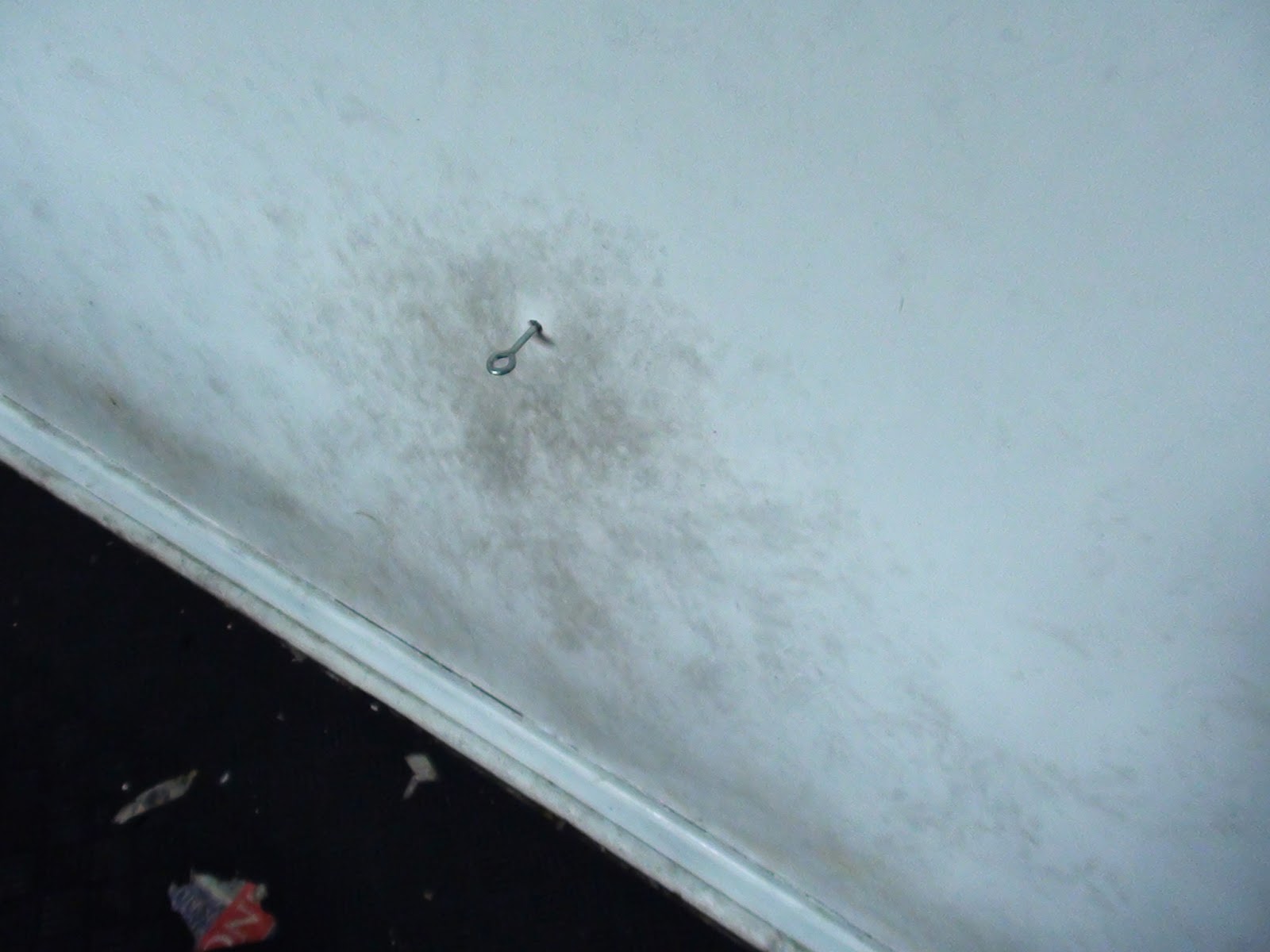 I will probably repaint the walls and skirting board. Leisha liked to jump up and try to get the metal hook for securing the pen to the wall! 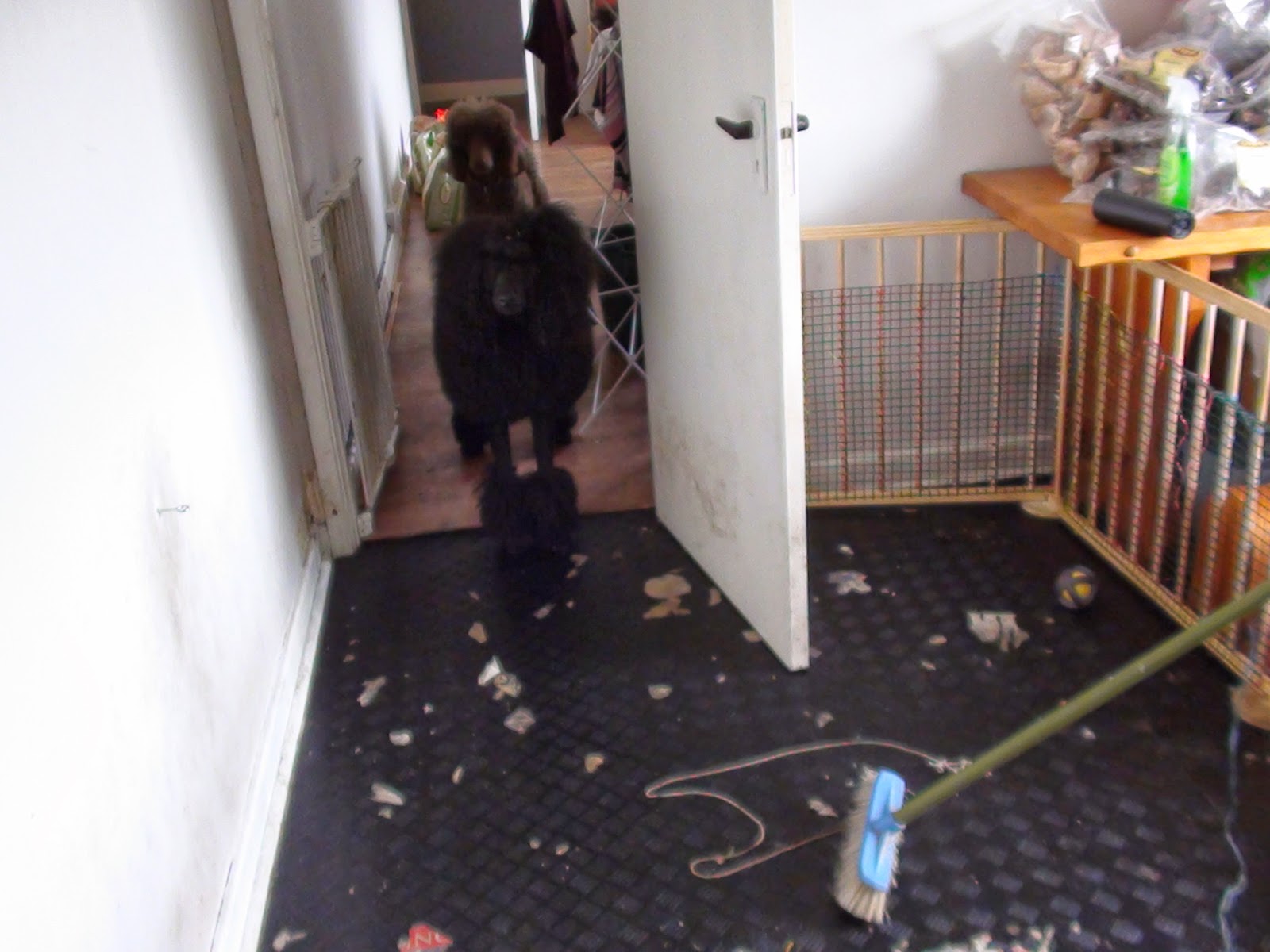 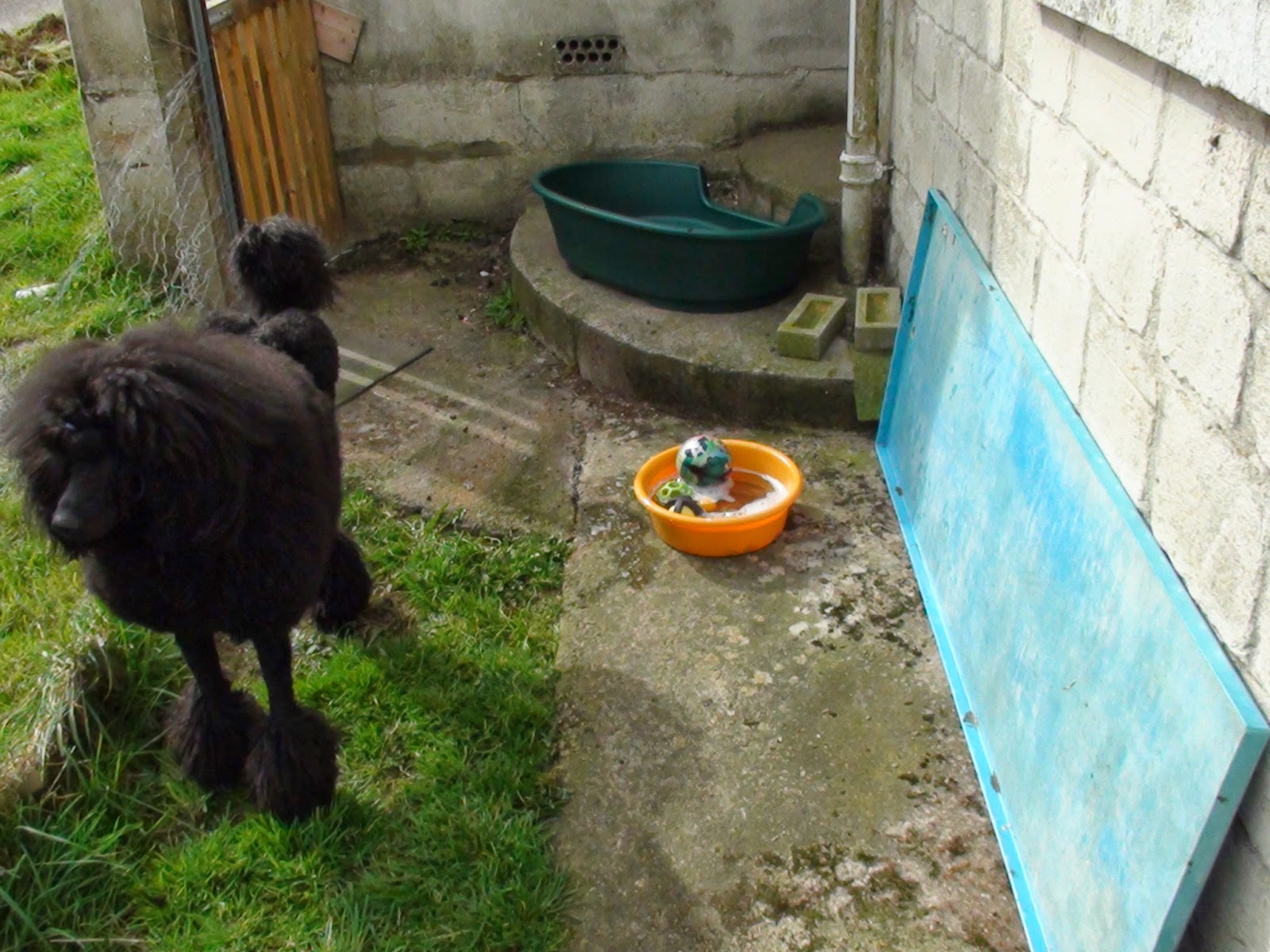 Pasha, thinking of her pups perhaps?

I made this video while walking with Pasha, Loki, and Cally the other day. I get rather exasperated when some people rant about how much they hate the show trims on poodles and claim the reason for this is because they are somehow inhumane, make the dog look stupid, or prevent it from doing normal activities, and all of this seems to have recently come to a head with Afterglow Maverick Sabre winning Crufts. As you can see in the video, Pasha is in a long show clip. She is allowed in the woods and in the ploughed field and the meadow, just as the other dogs in shorter clips are, and her coat doesn't impede her or stop her from running with the others. The only one who you might say is having a problem with his coat is Loki, who had a band holding his hair out of his eyes, but it fell out and I forgot to redo it (if he runs fast enough the wind blows it out of his eyes, and he is more interested in dawdling and smelling everything than looking at stuff on walks anyway). If Pasha is 'embarrassed' because she looks 'stupid' I can't see how, and the other dogs do not ostracise her because of what her fur looks like.

I generally do not encourage my dogs to go to places where it is very soggy and dirty during spells of wet weather, or into thick undergrowth where there are burrs and thorns etc. I don't really see how this is different from any sensible person who owns any breed other than a poodle -- dirty water is potentially a lepto risk and wet weather breeds ticks, and all dogs can be harmed by burrs, seeds, etc. getting caught in their coats or working their way into the ears. Nobody I have met whose dog lives in the house wants it to be routinely covered in muck so they have to hose it down after every walk. As for the show clips that aren't clipped short on the hindquarters and part of the front legs (there are various names for them) I used to have all of them in this style at one time, and to be honest it was much more work than the Continental clip.

I have just one puppy still here, Zo, the little cream boy. He is going home next week. The weather has been pleasant so he has been able to get out and about meeting people and animals and seeing the sights.

Zo as I said is cream, but he has brown pigment (the colour on his nose and pads) which is a fault and means he can't be shown. This is a shame as he seems to be turning out rather balanced in all other respects, having substance without looking coarse and having inherited his mother's carriage and his father's nice short back. He is a cheerful little boy who is no bother.
Posted by MJR at 15:17 No comments:

Dubh went home yesterday, so now we just have two pups here, Zo and Leisha. Leisha is going home tomorrow, but Zo will be staying with us a week more because his people are currently on holiday. These will be their last times playing together as littermates before they leave and learn how to be dogs and form bonds with their new owners. Leisha is very active both of mind and body, and her new owner is hoping to do obedience and other activities with her. Zo is more laid back and will be going to a quieter home.

It was a beautiful spring day and all the dogs went for a walk around our 30-acre smallholding. Unfortunately I didn't take a camera, but hopefully there will be more days like this. Meanwhile, signs of new life are already becoming visible in the goose eggs. The nucleus of the 'spider' is the embryo and the legs are the veins that will nourish it as it grows. 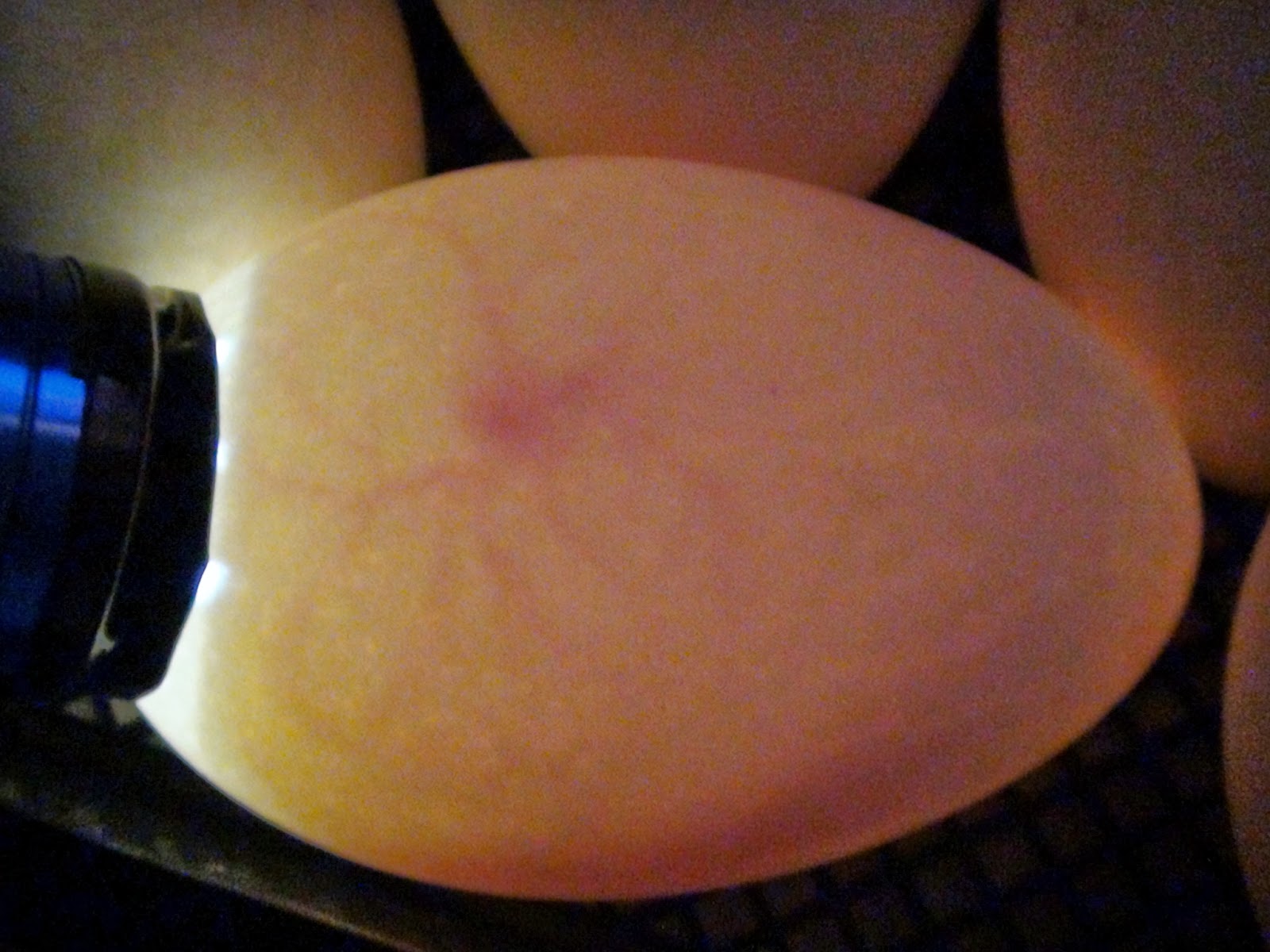 Today an electrician came round and made noise and mess, which was an interesting new experience for the remaining three pups. More importantly, the pup area is now a wiring-free zone instead of having objects blocking off hazards, and I have a much more sensible plug for the grooming equipment and in the other room for the television. 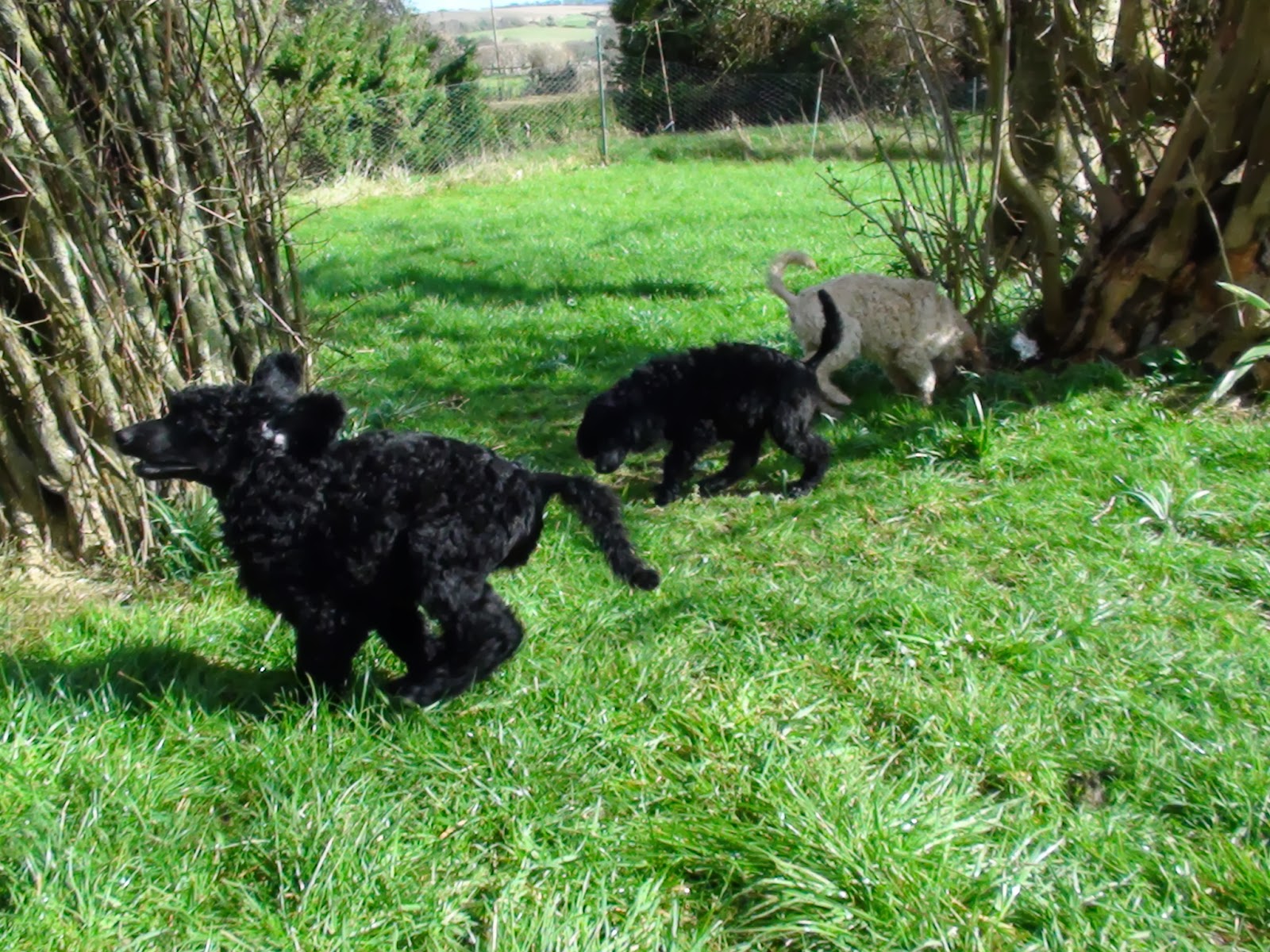 It was a pleasant spring morning, so the pups also went out for a play in the garden. Dubh will be going home tomorrow and Leisha on Monday, but Zo is not being picked up until the week after that.

It's starting to feel like spring: the cherry blossoms are out, a few trees are showing a faint flush of green, and the buds on the magnolia tree are getting bigger. Today I tried to coax the pups into the garden. I think it was too cold for them and they didn't like it much, and Pasha didn't seem to like them being outside! 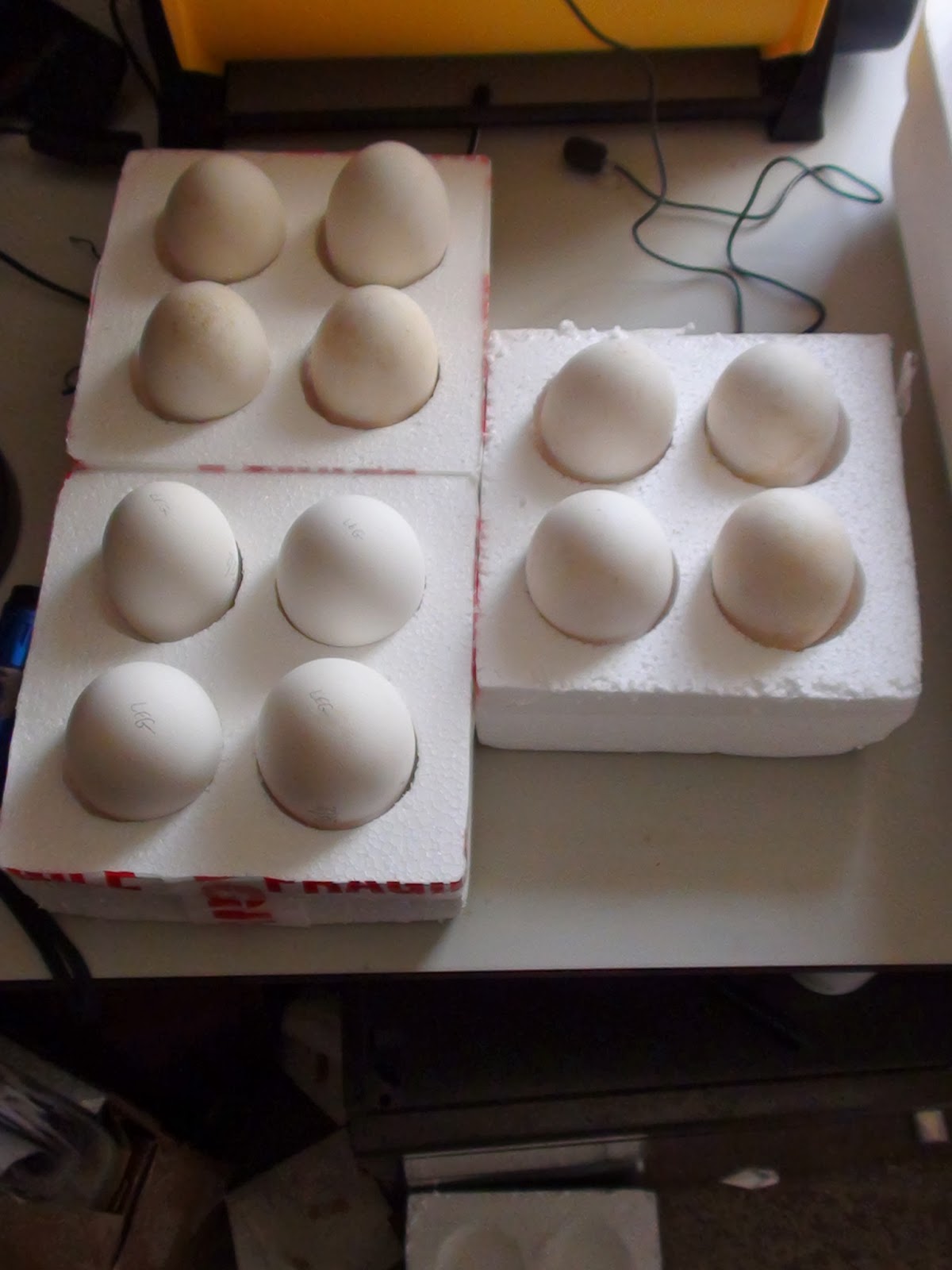 The first goose eggs arrived today. These are sort-of inexpensive eggs from commercial strains and mixed flocks, as I am impatient waiting for the rare breed eggs to become available and the goose laying season is short, and last year's hatch was a disaster, so this year I hope to run a few hatches in the hope that we will at least have something to eat! I am still waiting for West of England eggs and these will be going on next. The first part is pretty easy -- all that's necessary is to get the incubator up to temperature, bung them in it, and ignore them for a week or so, and after this time it should be possible to see some evidence of gosling embryos growing inside, or not, with candling. The air cell in one of the eggs looks well and truly shattered, and from past experience these ones never develop and are only fit for a dog's lunch, but we shall see.
Posted by MJR at 12:31 No comments: