In the news recently was the removal of a stone from the grave of the Dambusters dog with the reasoning that the dog's name engraved on the stone, which was apparently not considered offensive at the time the dog lived, has now become a slur. Becoming historically significant is one way an animal's name might survive past its own death, but the main way animal names last through history is in pedigree records. In most breeds and species where registration records go back far enough, there are animals with the same word in the registered name as the Dambusters dog (at least 12 of them in poodles). Registered names are a permanent record and become an important part of the history of the breed. Breeders and other people who study pedigrees will be seeing the names that are given to animals today centuries into the future.


An issue with choosing a name without care is that it can be inherently unappealing in some way even if not outright offensive, and this can act as a deterrent to breeders and contribute to the decline of certain bloodlines. Most breeders, when selecting a male to use, and having a choice of two, one with an unattractive name and the other with an attractive one, all else being equal would choose the one with the attractive name.

Different things are offensive to different people, and it's often not possible to predict how language will be repurposed by posterity. However, when animals are registered, it's worth putting some effort into attempting to avoid having registered names that are inappropriate to large numbers of people now or in the future.

Polarising/Political
Do not name animals after any 'marmite' subject/thing/person that a large proportion of people by its nature are going to dislike. Philosophy, religion, and anything political and the people involved with them are prime examples -- Jeremy Corbyn, Ayn Rand, Anton LaVey, Pope John Paul etc.

Twee/Unaspirational/Unappealing/Inappropriate
If you want to buy an alpaca, a species that has evolved to produce a luxury fibre, would you want to buy an animal to start your breeding programme if its registered name or that of one of its ancestors was Grotcarpets Manky Ratbag? Would you even feel you'd want that name to show up in the pedigree of any animal you bred with your name on it?
What would you think if someone told you his bitch needed one more CC and then she would be Champion Princess Fluffy Cute and Cuddly?
Would you want to buy a ferret from an establishment whose affix was 'Theferretfactory' even if the breeder had a good reputation?
Would you like to take to a show to represent your breeding programme animals called Mediocrity Jane and Browntrousers Gary? Giving animals names that are commonly given to people never works very well, and conversely names that would be pretentious or silly on a person can often work quite well for animals. The famous case of Talula Does the Hula from Hawaii being one example that was given to a child who hated it and was given permission to change it by a judge, but would probably have been perfectly acceptable as a name for an animal.
Names should be appropriate for the breed or species and its original purpose -- if someone is breeding working terriers, Grotcarpets Manky Ratbag as a name might not be such an impediment.

Misspelled
Check carefully when registering. If you can't use a name because it's too long or the registry rejects it, choose something else and don't make up an 'alternative' spelling to get around it. A friend once intended to register a white animal with a phrase that included the word 'Arctic', but accidentally typed 'Artic' instead, as in a heavy goods vehicle. The animal was intended to be a pet and the mistake is fairly discreet and mildly amusing, so no harm done, but it reflects poorly when prominent breeding animals have grandiose names including words like vengeance and serendipity that have been misspelled. 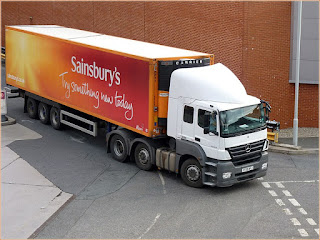 Foreign and Wrong
There are many reasons why one might want to use foreign words or phrases as names, but 'to sound cool' is not a valid one. If you want to use another language and you aren't bilingual and don't have professional qualifications in it, ask a native speaker to check your names for grammar and syntax, otherwise you will end up looking like Del Boy.

This works both ways as I've seen affixes and registered names from dogs in other countries where someone who doesn't speak English well has tried to use English words and produced phrases that look weird and that a native speaker would never come up with. If you import an animal with a name in its breeder's native language and are allowed to add your affix and a joining word, it's appropriate to use the one from that language, but check the grammar of it with the breeder, e.g. von or vom.

Pop Culture/ Too Modern
A lot of things do not age well, and are either completely forgotten after a year, or are remembered as annoying pop phenomena or a manifestation of problems of the time. The other problem with referencing stuff that's too current is that living people can commit crimes or behave in otherwise inappropriate ways that can taint anything associated with them. A stallion being called Rolf Harris in 2005 might have been harmless at the time, but seen in a pedigree today it would likely be a source of shame. Using the name of a long-dead artist would have been a safer choice.
The Harry Potter children's books are a common example that often turn up as registered names -- and are already starting to be seen as trite and not really appropriate for adults wishing to be taken seriously at the best of times, and likely to wane further in popularity in the not-too-distant future because of the author's unfortunate commentary on social media along with the passive portrayal of women and girls and the unresolved elitism and genetic apartheid intrinsic to the books themselves.
Rather than using characters out of the Harry Potter books, look to the source material itself as most of the names were taken from mythological characters, older literature, and heraldry. Or choose more established and less controversial books such as Lord of the Rings (calling a brown animal Radagast or a grey one Gandalf is probably not terribly original, but would likely be considered tasteful to most people). Dead authors are less likely to embarrass themselves. Your collection of classic rock and metal may be a better resource than what Radio One was playing at the time her waters broke.
Strangely, there seems to be an arbitrary point in history at which behaviour and attitudes that are considered unacceptable today instead are written off as a product of the times. Ancient Egypt and the Roman invasion of Britain were both times where attitudes towards things like slavery and sex would be considered abhorrent by modern standards, and yet naming something Hadrian or Nefertiti isn't generally seen as offensive. Rightly or wrongly, taking names from ancient history seems to be a safer bet than using more recent history.

Rude
Most pedigree registries will automatically reject words and phrases that resemble expletives and slurs, but names that resemble or reference rude and insulting words should not be used even if they fly under that radar. Do not give an animal an official name of 'Betty Swallocks'. It's not funny and it's just not respectful to a living creature or the history of its breed. Don't use 'See You On Tuesday' or 'Carped My Pants' or anything else of that sort. Don't use phrases that look insulting to the animal or the person reading them, like 'Fat Smelly Sow' even if you're registering a female pig and it's technically an accurate description.
If you're worried that you're naive and you might inadvertently use something rude, we all have someone we know who reads innuendo into everything, so ask that person you know to check your names for you. True story, when I was a child I had a stuffed toy I innocently called 'Rock Hard Roger' (it was stuffed with rags or something and it was quite uncomfortable if you sat on it or threw it across the room and hit someone) and did not understand at the time why I was reprimanded for calling it that and told I had to call it Roger only. On the other hand, intentional innuendo and double entendre can work if it's kept mild and used subtly.

The Affix
Most registries allow breeders to register an affix, that is, a word unique to that breeder that is used in the names of all animals the breeder produces to identify who bred them. Some registries are notoriously demanding about what they will or won't accept for an affix. All of the rules above apply when choosing an affix in addition to whatever demands the registry might have, but there are some additional considerations. Make sure the name you choose is 'googleable' -- there should not be lots of competing results if you put the name into a search engine, which can potentially make the right one hard to find for someone looking for it. The obvious choice for an affix is the name of your farm or house, but if that's 'Oak Farm' this may be too generic as there are many Oak Farms about the country and a lot of them aren't even agricultural. It may be better to choose something else.

Male Animals
If a male animal might in future be used for breeding, special consideration should be put into making sure his name will be appropriate for this. If you name a male 'Tiny Tim' because he has a slightly low birthweight and he grows to be a spectacular animal and you'd like to breed him and let your friends use him, his name isn't going to do him any favours (unless possibly he's a Chihuahua or a mouse). Straightforward and suitably sexy choices include heroes from fiction and mythology, historical male artists and composers, fast cars, military aircraft, weapons, and traditional 'manly' career titles such as Sergeant Major or The Admiral.
Posted by MJR at 16:18 No comments:

Olivia's beige boy born on Friday 31st is by Trident and looks just like him. 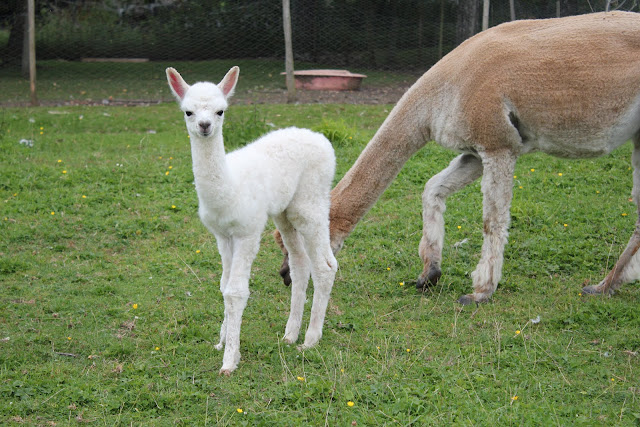 Unfortunately we didn't get any female alpacas this year, again. :-(
Posted by MJR at 12:14 No comments: