Olivia didn't give much indication that she was going to have her cria: 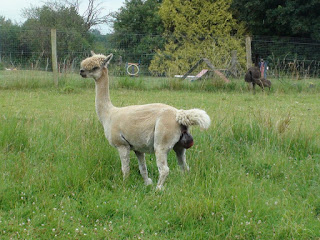 The cria was being born normally, but the anmion had not broken, meaning its head and front feet were trapped in a bubble of amniotic fluid and it couldn't breathe. Olivia did not seem to care and wanted to lie down. So we put her in the corral and tore the membrane so the cria could start to breathe, and she seemed to realise what she was supposed to do once she could hear the noises he was making and could not find him:

Cria is brown with a white mismark on his face and weighs 14.2 pounds. 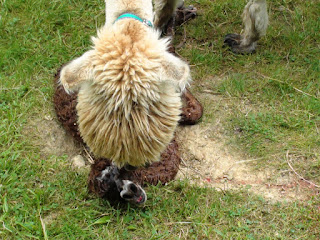 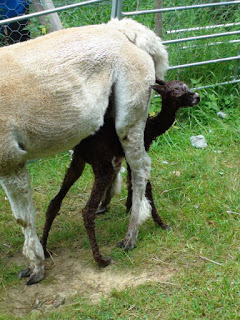 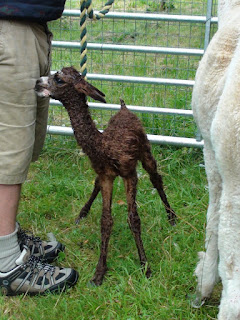 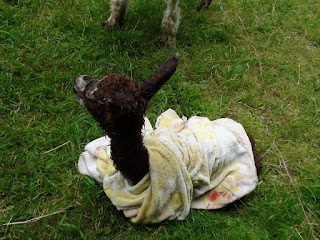 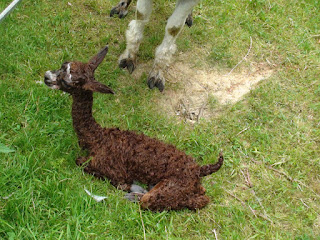 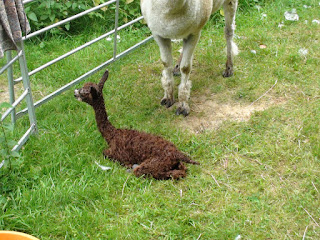 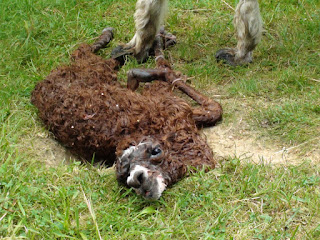 Olivia had a cria once before she came to us, but the cria did not survive because she either did not produce colostrum, or the cria did not manage to get any. So we managed to get her to keep still long enough to squeeze some milk out of her into a mug and put it in the cria's mouth to make sure some went in.

It had started to rain steadily since Olivia's labour started, and rubbing the cria with a towel was not doing anything. So after he had a chance to suckle, I took him into the house and blowdried him and put him in a jacket. 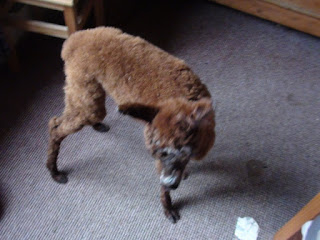 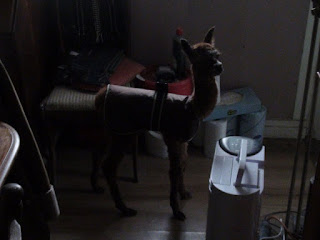 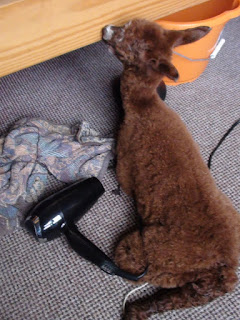 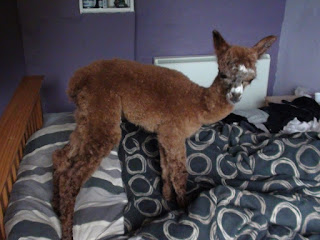 The cria and Olivia have been barricaded in the field shelter to keep the cria dry overnight, and hopefully all will be well on the morrow. Hopefully also Trident the other cria will not get too soggy.
Posted by MJR at 21:34