Alpaca birthing season for the year finished yesterday with the arrival of Poppy's cria, a spotted girl, who is sired by outside stud Classical Mile End Rococo. The cria weighed 19 and a half pounds when born, which makes her the heaviest birthweight we've had yet, and weighs the same this morning. 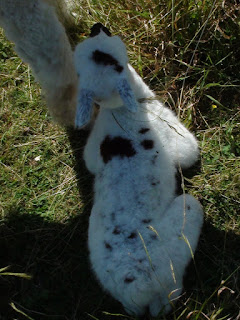 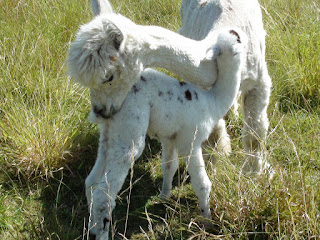 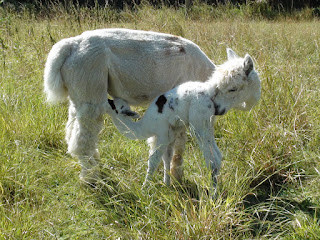 This spotted pattern seems to be caused by a dominant gene, and Poppy either produces a solid-coloured cria or a white cria with spots of the solid colour. Technically it's a cria with white spots rather than a white cria with coloured spots, as the cria is genetically the colour of its spots and the gene causes there to be large depigmented areas in the fleece. I'd quite like to get rid of this gene and have solid-coloured crias, as Poppy's bloodline has the best quality fleeces of my alpacas and solid coloured ones are better for spinning. Interestingly, Poppy's offspring seem to be more heavily spotted than she is, which suggests the causative gene is a long repeating string of DNA which has been developed by breeders in the alpacas' native countries selecting for mostly white animals. Because of how chromosomes recombine when animals reproduce, often if selection pressure is applied for a particular trait, the genetics for the trait are duplicated. For example, if the DNA sequence GAATC in a particular position causes the animal to have depigmented areas of coat, it becomes GAATCGAATCGAATC and so on over several generations, causing the depigmentation to be more extensive. That chromosomes are able to do this is an adaptation that causes animals to be able to change and adapt rapidly instead of having to rely on random mutation, and it's one of those genetic things that don't follow the most commonly understood concepts of dominance and recessiveness. While breeding together animals that are predominantly white over time will increase the white-spottedness, selecting away from it and breeding to solid coloured animals should have the opposite effect and cause the string of DNA to shorten over generations, so even where the gene is passed on the phenotype should slowly change to look more like a dark animal with white spots.

Meanwhile, here are the other crias. 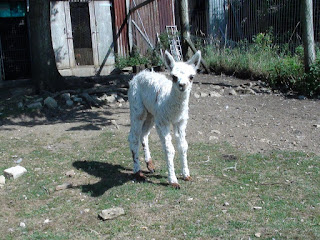 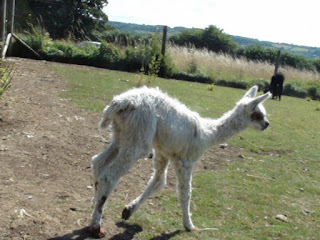 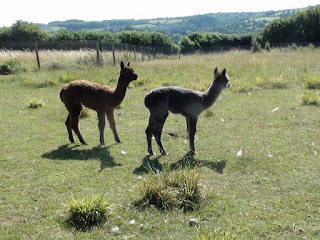 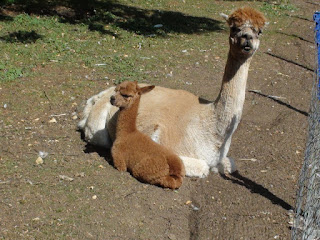