Fleur had another boy cria at 10:30 this morning, a suri with spots and fawn/brown feet and weighing 13 pounds. This happened just before I was taking Indi to the vet because I suspect she may be developing mastitis, so Fleur and the cria were shoved in a pen out of the way of the other alpacas once it was established the cria was breathing and appeared normal, and left to work things out for themselves. It seems to have worked as when I came back the cria was already feeding, so they have been let out to rejoin the others, at which point the battery on the camera went flat. Indi is having antibiotics as a precaution. 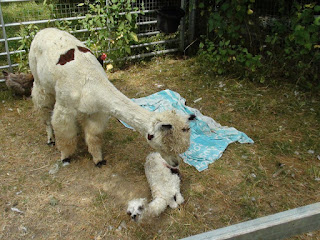 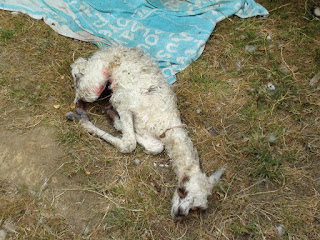 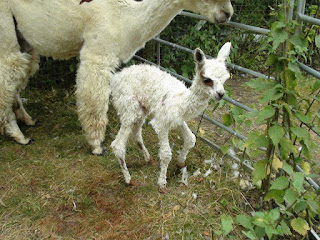 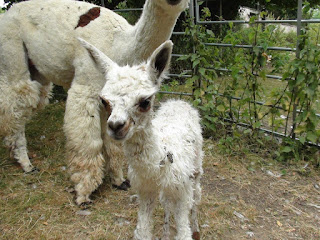 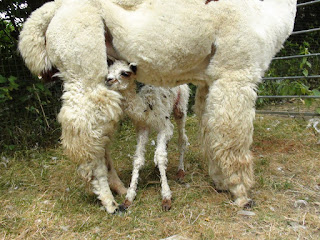