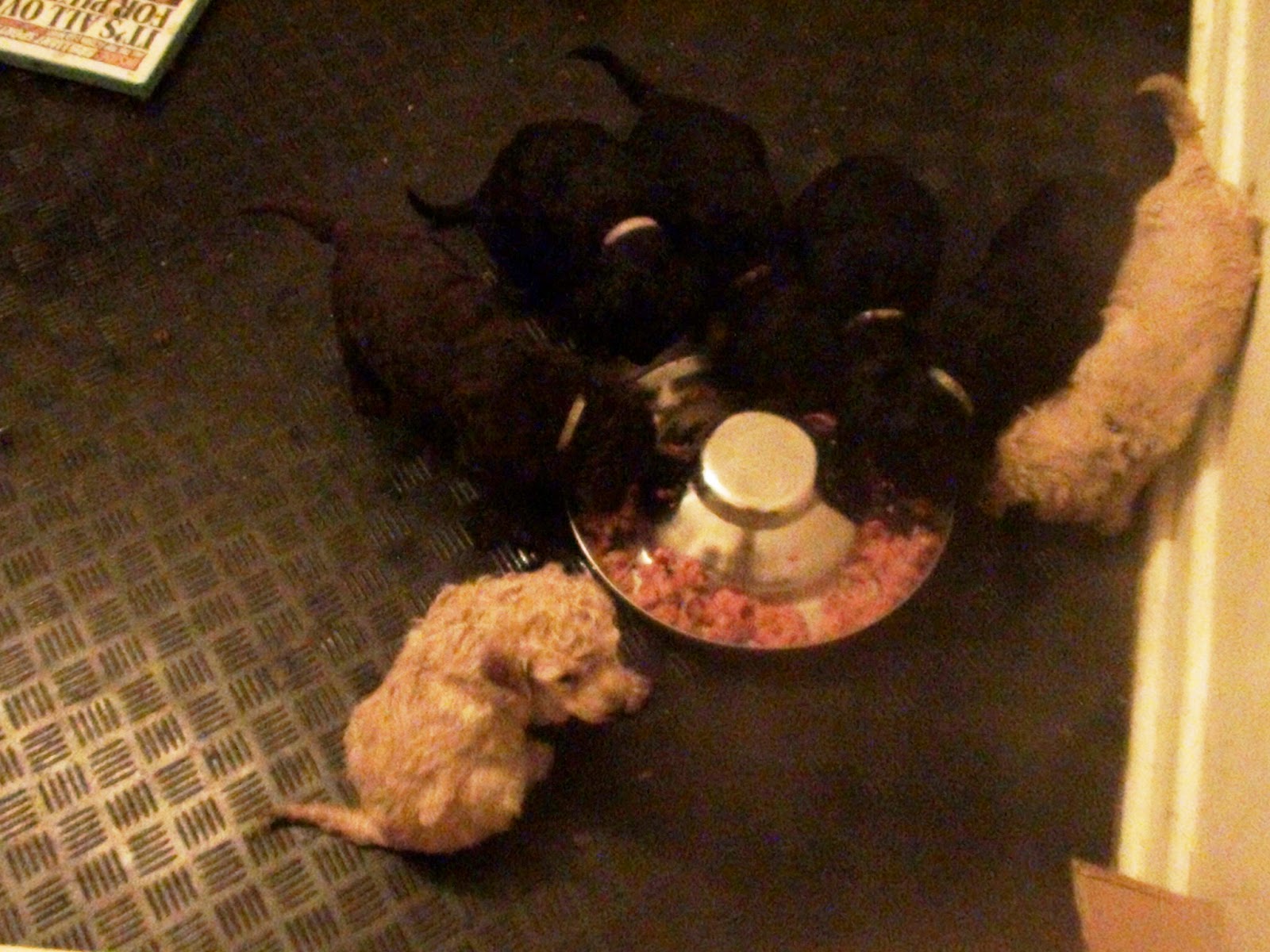 Today Pasha's puppies have been eating sardines out of my hands. Lavender the Naughty decided to go exploring, and eventually knocked over the camera:

And having played with a big toy yesterday, today the puppies got a toy grocery basket that comes apart into lots of small toys to play with.

Some of the pups' characters are becoming more evident when they interact together as a group. Lavender is frequently the obvious pup who gets into everything, although Dubh can sometimes give her a run for her money and Rex occasionally joins in! Rex and especially Dubh both love their toys -- Dubh is the pup who takes an aubergine to bed and a sausage to the toilet, and Rex is the one with the other sausage. Benna and Cacophonix seem to be more people oriented, and often come to the front of the pen and make noise for attention when the other pups are playing with toys or each other, as this video shows. Midge, who is now called Fleur, is a sweet and rather comical little character, as she often turns her nose up at food she hasn't seen before, and yet will happily try it if I feed it from my hand. Pink remains rather an unobtrusive puppy, although she is very soft and cuddly when picked up, and today she did manage to escape and went to visit her father.

It's important to remember that impressions of the puppies at this stage are based on the puppies being together and functioning within a social structure they have established as a litter. The characters visible to me or other people interacting with the pups could be very different when the pups are apart from their littermates. The pups will be 5 weeks old tomorrow and I will be starting to do more things with each of them independently, and at 7 weeks they will be temperament tested to give an objective idea of their individual qualities.
Posted by MJR at 19:10