I've expanded the puppies' pen and replaced the whelping box with a smaller nest to give them more room to run around. I was finding that Pasha doesn't like lying down to feed the pups any more, and the pups had too much 'bedroom' and dug up the bedding and piddled on the area near the front, and the smaller bed is nice for them to snuggle together in, and means the washing machine is not on the go all the time washing great big rugs. The pups are more or less weaned and eating various types of solid food, although Pasha goes in to give them a short feed standing up a few times a day.

Two of the pups' people came to visit them over the weekend, so they have been playing with new people and eating treats from their hands. 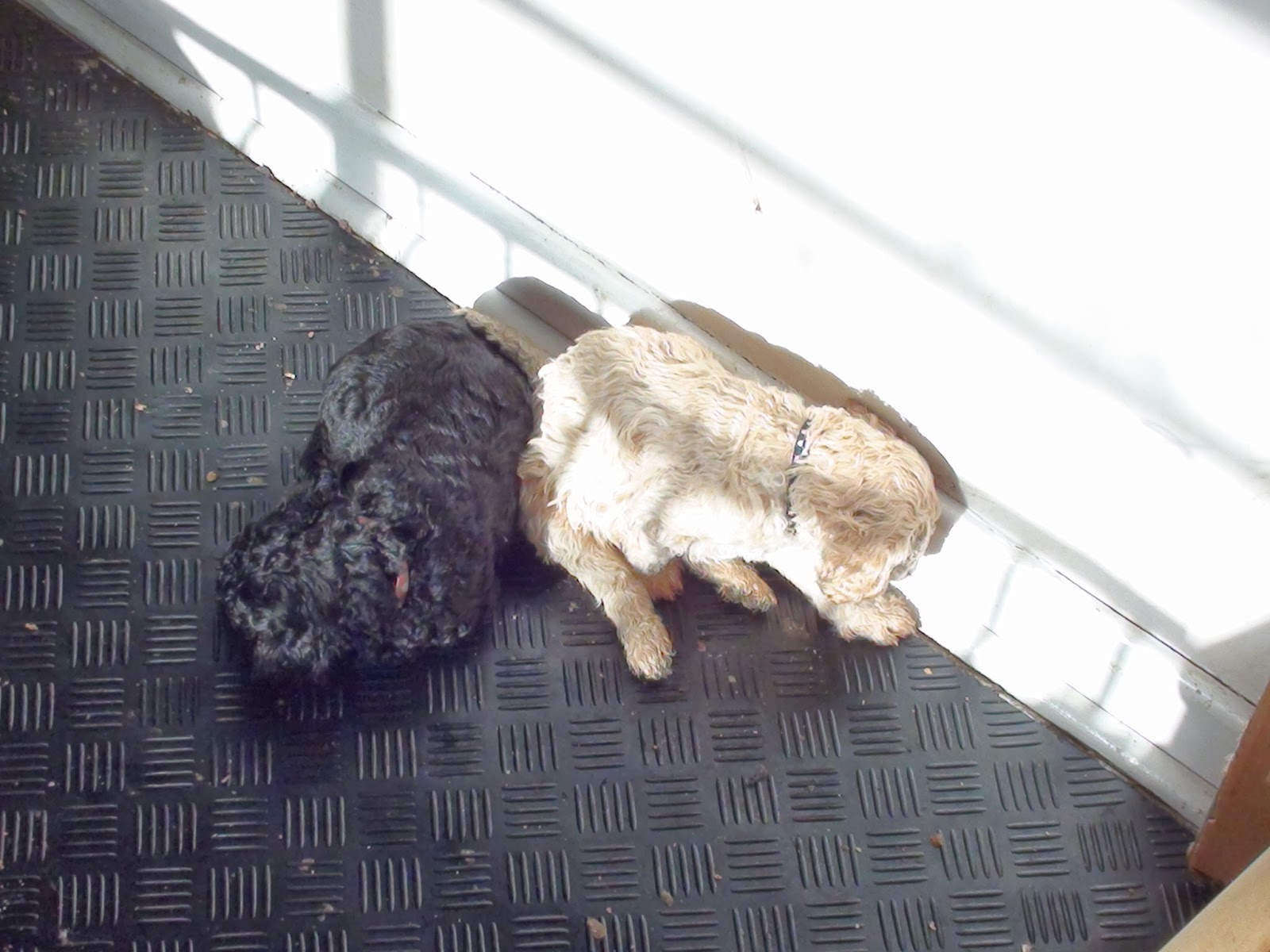 Rex and Pink sunbathing after their breakfast, which they got all over themselves and the floor and wall. 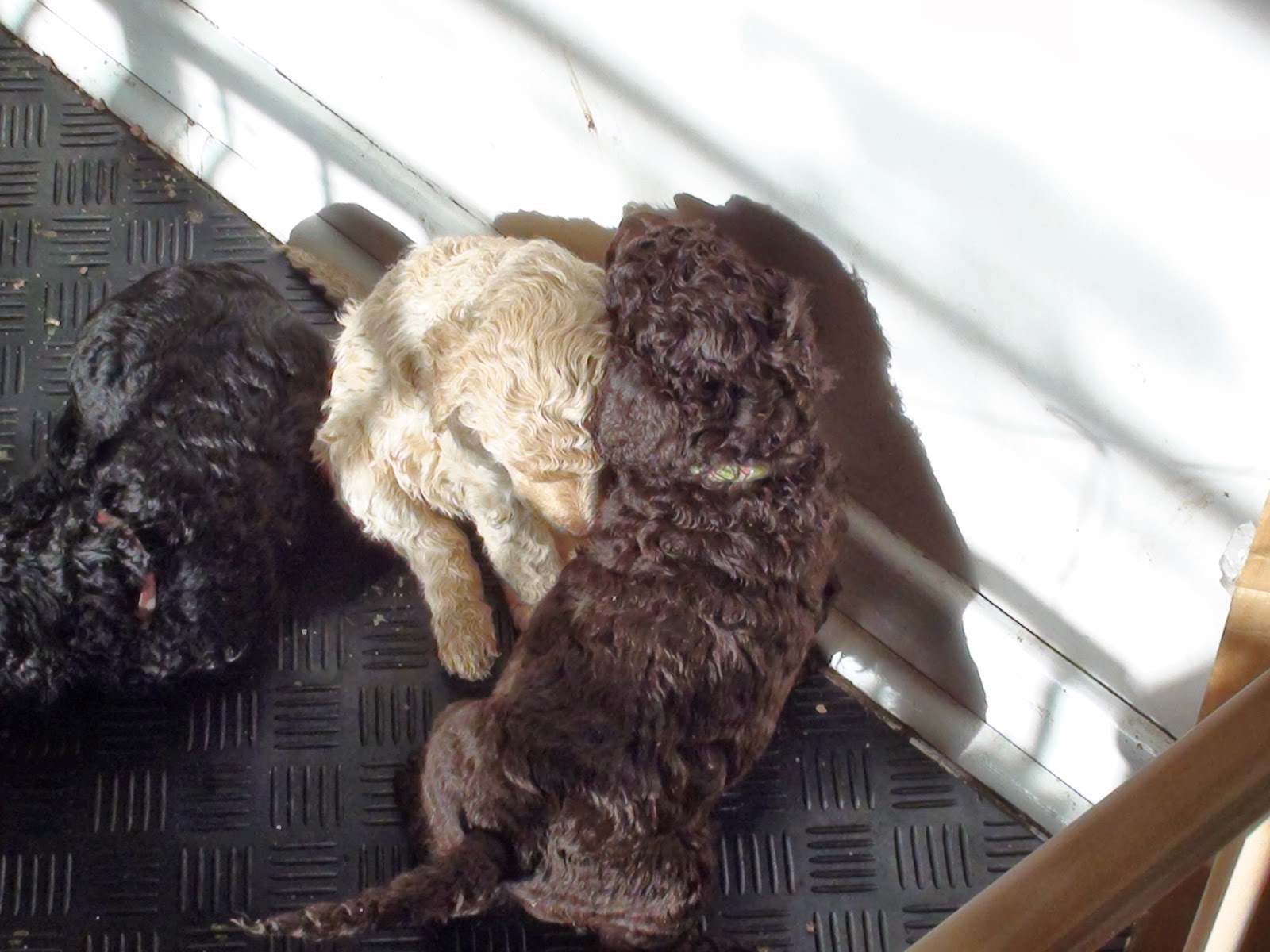 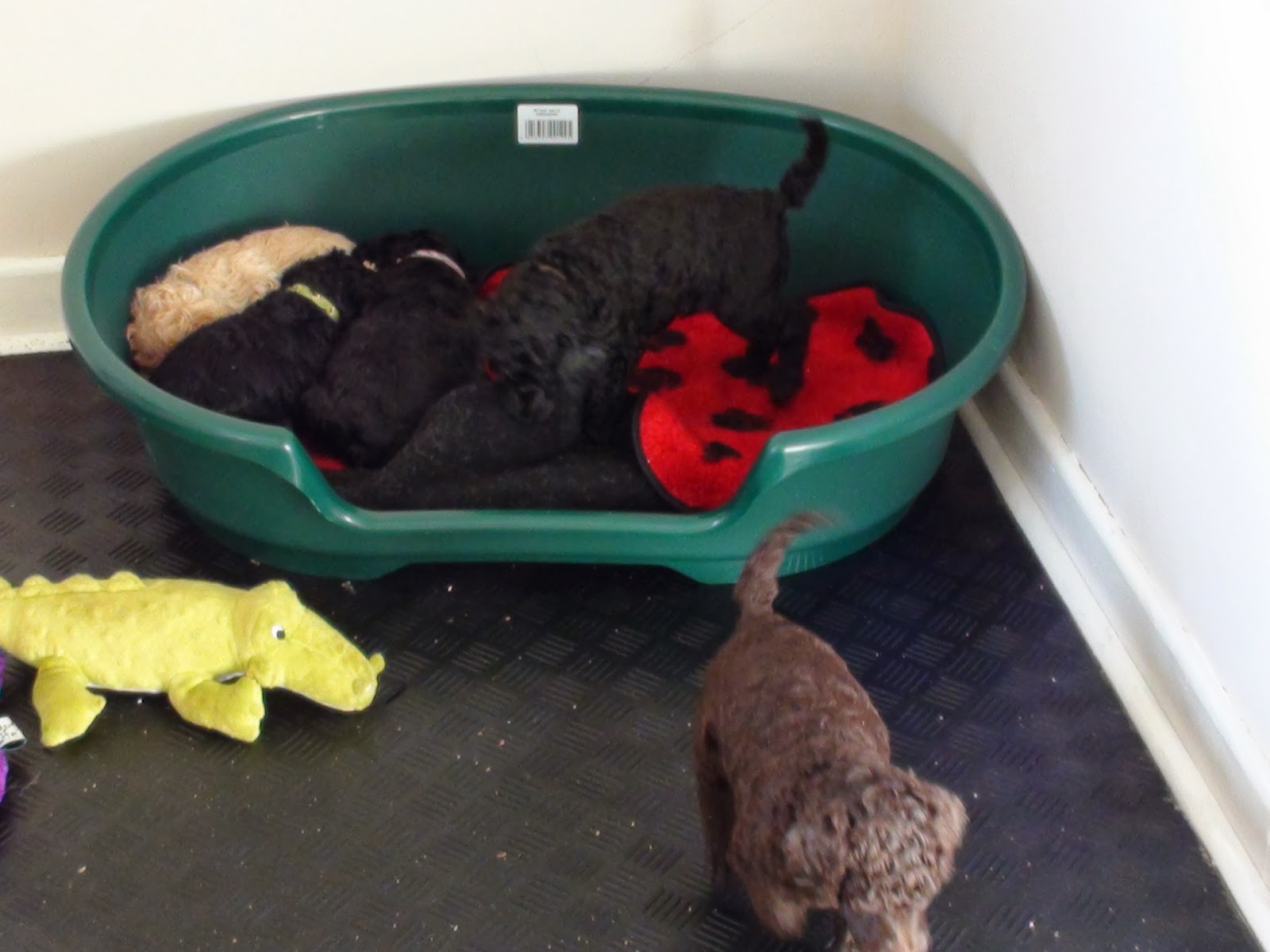 Meanwhile, the weather has been less horrible, I am recovering from my awful cold (although my voice still isn't my own) and I found some snowdrops while clearing up the 'turdgarden'. It was windy and raining so the picture came out blurry: 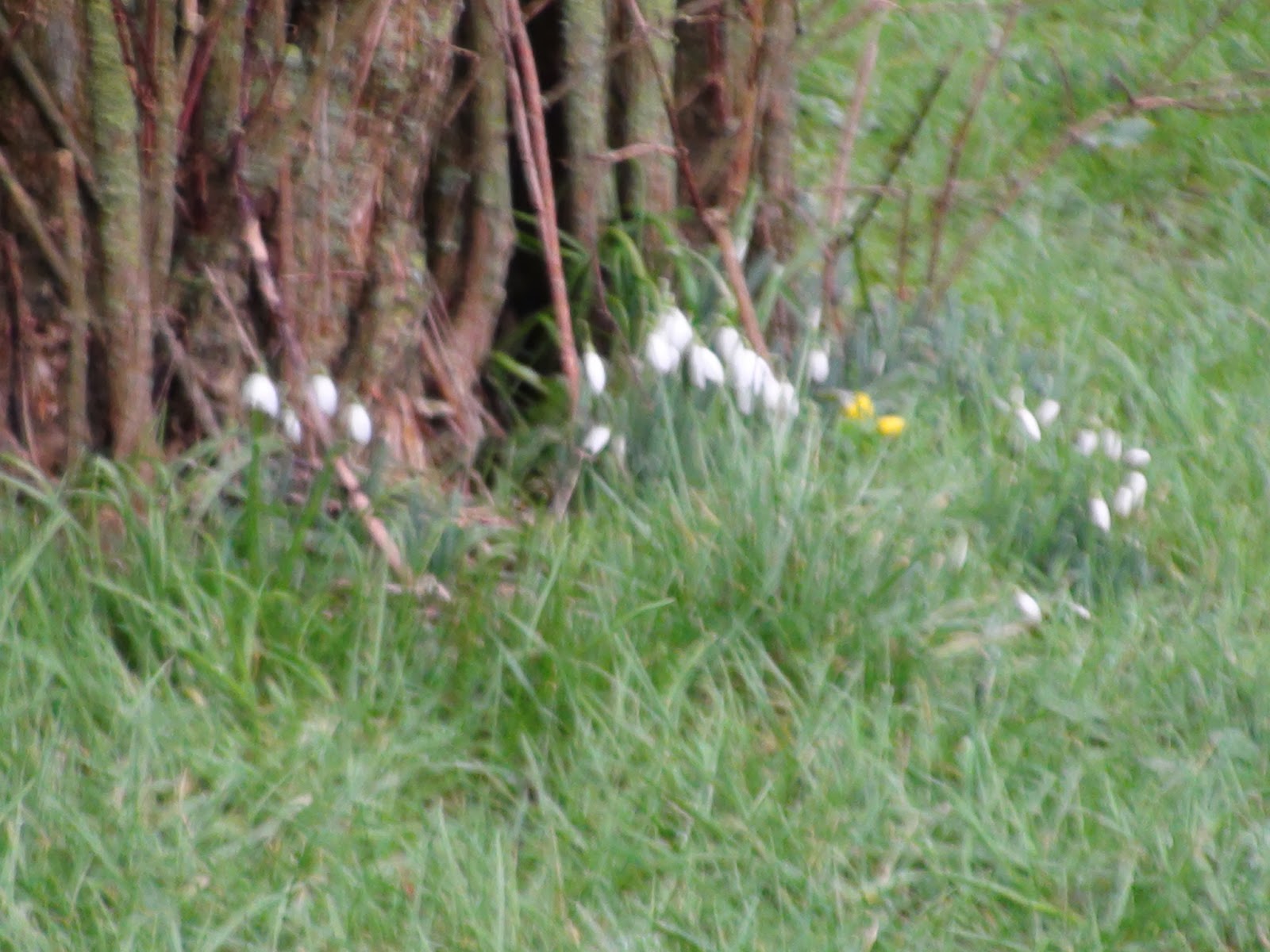