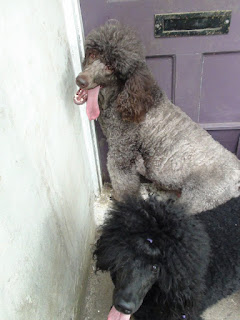 Hobsey hasn't started labour yet. What she has had is diarrhoea and horrendous flatulence. She's still getting out and about and enjoying herself, and just after this video was made a storm blew in and the roof in the study leaked.

A few people have commented on the size of her; however I'm not convinced this reflects the likely size of the litter, as she is pretty 'busty' and this changes her outline, and both times I've Dopplered her recently there seem to be fewer pups on one side than there are on the other, and I can only identify one puppy on that side, with there seeming to be three on the other and one in the uterine junction. Last litter born here was 9 and I could only identify 7 (the other two were presumably jammed up under her ribs like sardines or pushed right to the back of her abdomen out of the way of the beam) so there could be more. 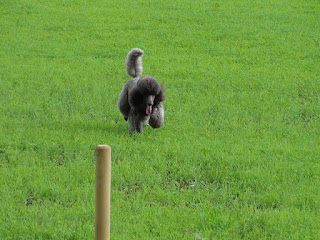 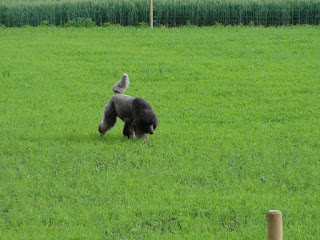