Saffi and Adhara went to a show 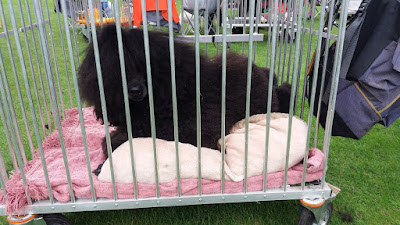 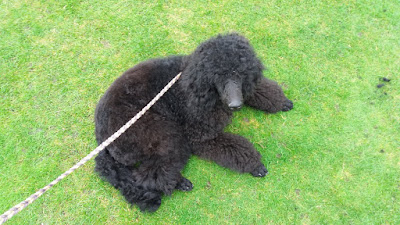 Saffi and Adhara went to a local show.

Saffi was 2nd out of 2 and Adhara was 1st out of 1. But more importantly, it was a good socialisation opportunity for the puppy. She managed not to be sick in the van, although she did get rather tired of the waiting and decided a tiny Affenpinscher puppy doing a wee in a corner at the other end of a football pitch was coming to get us, and made a horrible noise and wouldn't stop it after that, so an ASBO would probably have been more appropriate instead of a rosette.

Olivia is pregnant
Poppy continues to be pregnant
Bess has ovulated (hoping it takes this time, but we won't know until next week)

Nobody likes poor Costa. Especially not Trident, because Costa pushed him over in the mud and sat on his head, apparently in frustration after all the hembras spat on him. 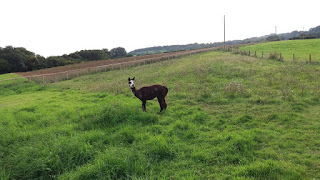