Bess and her cria are getting out and about, during breaks in the bad weather. 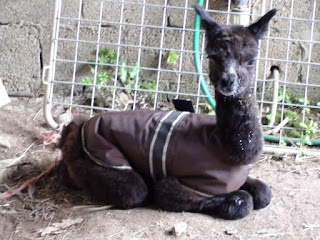 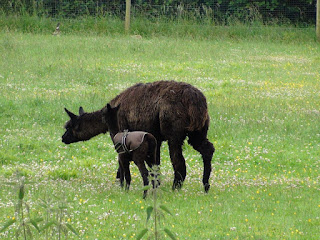 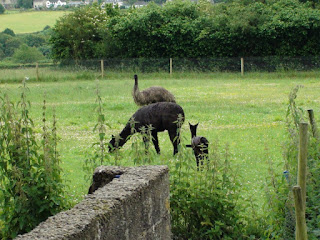 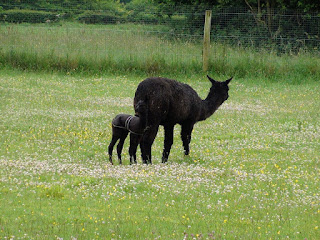 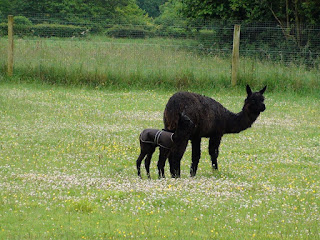 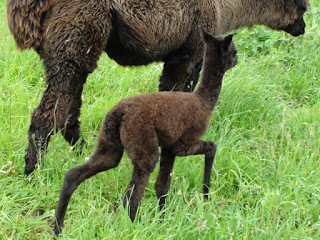 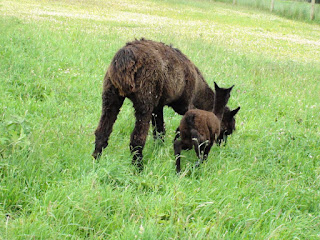 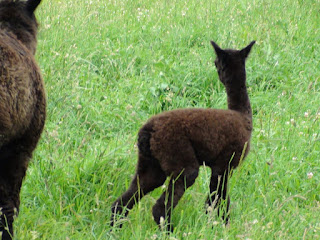 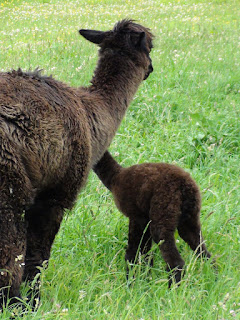 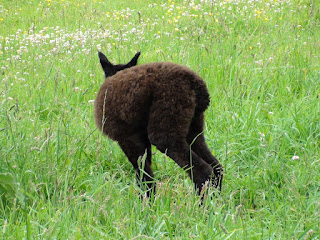 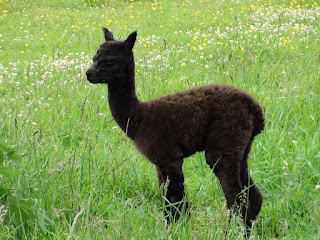 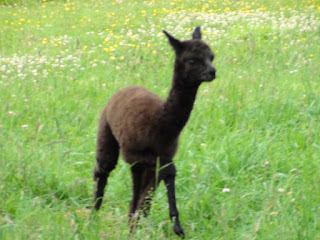 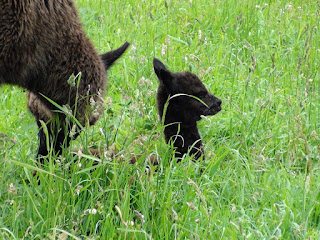 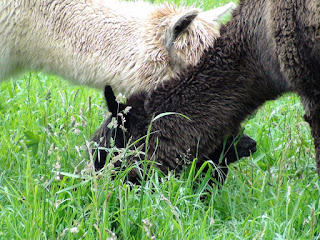 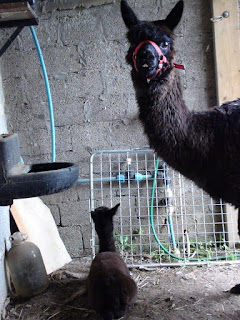 Patience should be a black cria; the rusty colour on her body is apparently because the amniotic fluid bleaches the fleece. Bess however is a black with a horrible fleece full of white hairs, although it might have been better when she was younger, as she's 9 now. She's sound with a nice nature and seems to feed her cria well, which is just as important if not more so.

While researching pedigrees recently, it appears Bess might be the last of her bloodline. According to the database she was her father's only female issue, and none of his sons have been used for breeding, and of what her mother produced, there was only one other female, who is listed as having produced one girl recorded as dead and three boys. Bess did have a daughter and a son before she came here, but the son as with most males has not been bred, and the daughter will be 7 now and has no offspring listed, so I'm assuming she's someone's pet. Her closest living relatives are probably descendants of half-uncles and half-aunts. It's always nice to think that a birth brings a new hope in this sort of respect.
Posted by MJR at 13:00