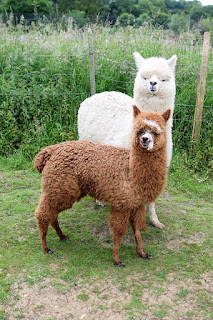 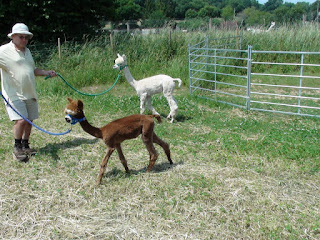 Trident & Trebuchet: before and after 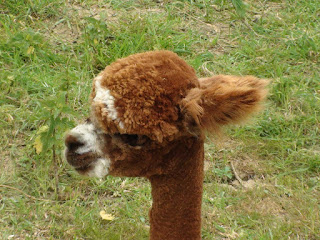 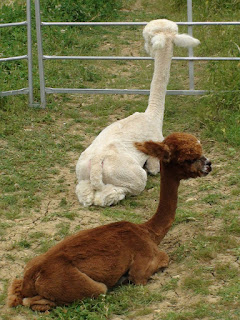 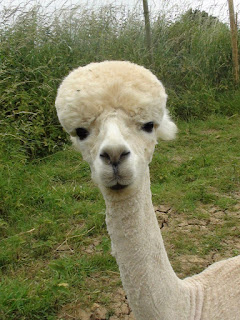 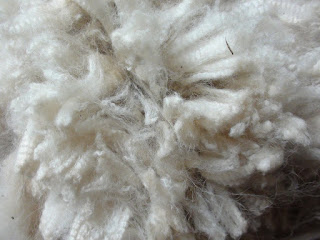 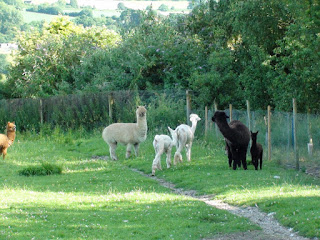 What the hell happened to you? 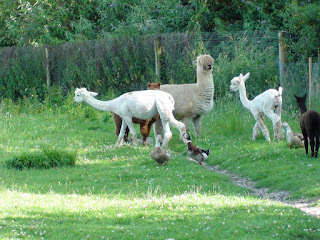 I don't want to talk about it 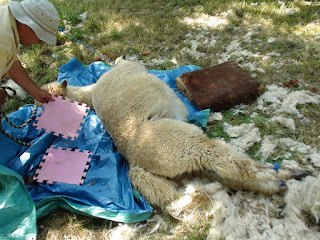 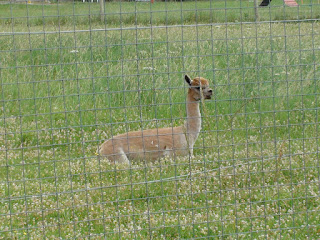 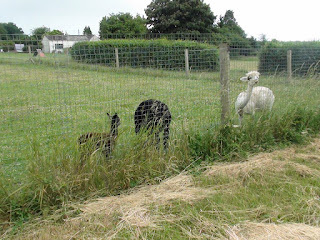 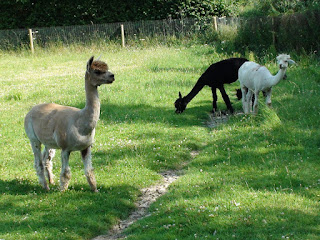 The alpacas have been shorn. To cut a long story short, we ended up doing them ourselves. The professional shearer who was supposed to come and shear them didn't come and didn't reply to my messages, and they were so dreadfully hot and uncomfortable in the recent heat. The same thing happened last year with a different shearer, and that time we managed to find a boy who was trained in sheep shearing and wanted to practice, which was good for him as well as being reasonably cheap, but he left too much on their tails and on Poppy's back, and it had become matted. It was a gruelling learning curve, but at least they are done now until next year.

The 2-acre 'salad bowl' has also been shorn by a neighbour who has been able to make hay from it, as it was getting very overgrown, so now we and the neighbour have some hay for the winter, and the two lads were able to move straight back down there to give their mothers some peace as they should hopefully be giving birth again soon. This paddock has a cool stream shaded by trees where they can chill out together, or whatever it is that young persons do. 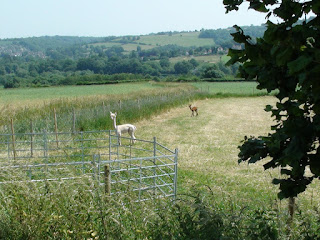