Stand still and think of England

I have tried to mate Hobsey on her last two seasons to a lovely stud dog belonging to someone else, but unfortunately it hasn't been successful as she has proven to be a difficult maiden, which is perhaps exacerbated because she doesn't travel well. I've decided what Hobsey really needs is time with a dog who is experienced enough to be both patient and persistent enough to... well, to put it bluntly... to give her a damn good rogering.

So, Hobsey has been mating with Loki, in the hope that she will have her first litter and also be more relaxed and confident next time when I hopefully take her to meet an unfamiliar boy. I'm not really sure why Cally came outside in this video. Cally never went through puberty so she doesn't seem to know if she's a dog or a bitch, and seems to think this is a game three can play!

This is the 5th time Hobsey has mated, so if she isn't pregnant this time, it probably means there is something the matter with her, unless Loki has krupled his blutzon since he last fertilised a bitch in 2013. She is much more confident with mating now than she was before, at least. If it has worked, we will be hoping to have some puppies in mid June. Both Hobsey and Loki are health tested. 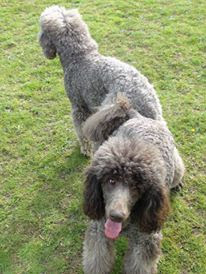 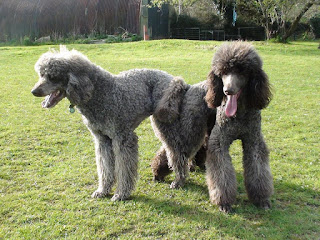