A neighbour telephoned me this morning asking me to come and get my emu chicks as their next-door neighbour had just found two escapees! I have three emus. One is not big enough to go outside yet and is in the dining room, and I had just been outside stroking the others, so I said that there must be some mistake as they were all accounted for. The neighbour passed on the telephone number of the couple who had found them, and I telephoned them and explained that they were not my emus, but that I would be happy to help and could try to ascertain whose they are and take them in and look after them properly in the meantime.

So I drove up the road to the neigbours' house. They were indeed emu chicks, and the people said they had found them wandering in the lane outside their house. They were lively and alert, although not in great condition, one of them in particular being quite thin and both of them having diarrhoea and tatty plumage. My estimate is that they are between 1 and 2 months old. Due to their condition and the circumstances in which they were found (nobody is aware of anyone else in the vicinity who has emus, chicks tend to stay in familiar territory at this age and not roam large distances, and the place where they were found is reasonably remote) my initial suspicion is that the emus have been abandoned by someone who got their hands on some eggs without properly thinking through how they would meet the needs of the emus or how they would fit into their lifestyle. 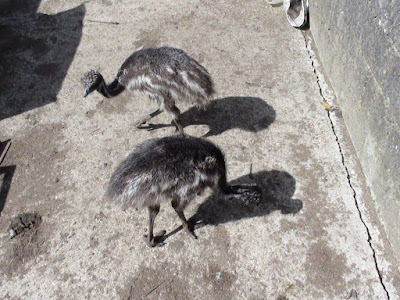 I went to the vet intending to ask for the emus to be scanned on the offchance they had been microchipped, but the vets were out to lunch, so that will have to wait for another day. If anyone has lost some chicks and recognises these emus, please get in touch. Update: the owner of the emus has come forward and the emus have now returned home. 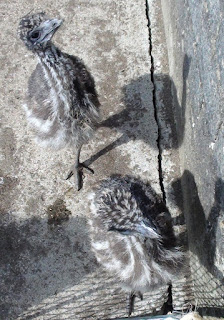 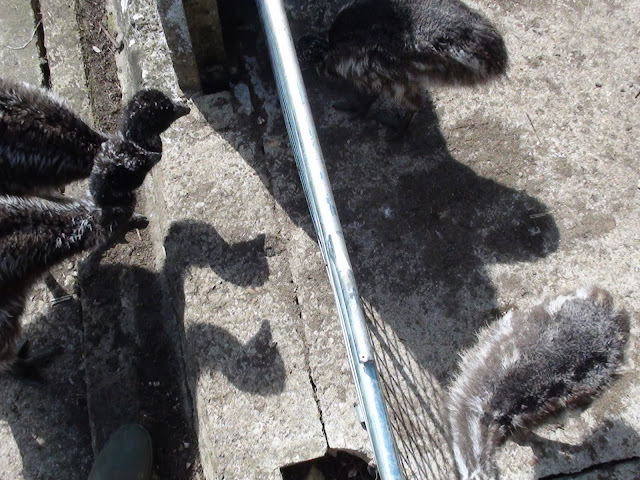