Despite the weather forecast, spring has come to Brock-o-Dale. Winter is a miserable time to do any sort of work outside, and it's always nice this time of year to go out and enjoy the livestock in pleasant weather, which is what it is all about! 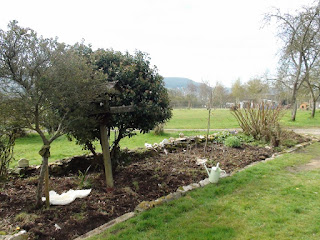 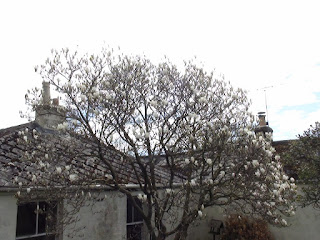 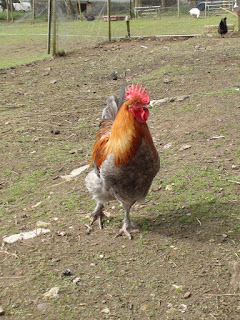 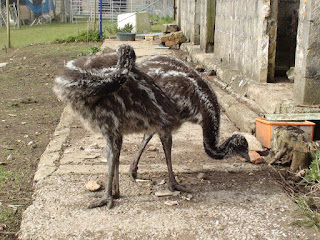 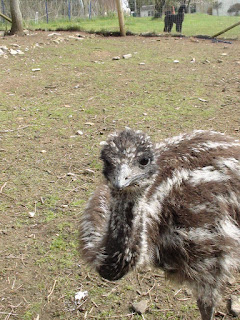 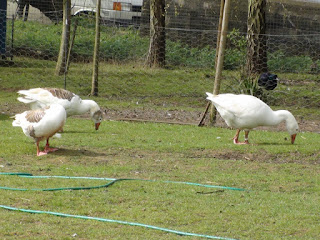 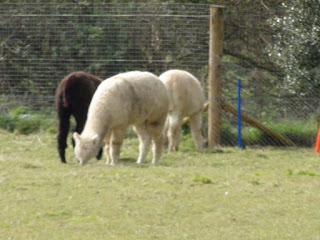 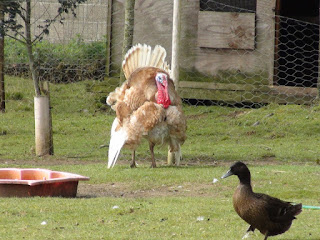 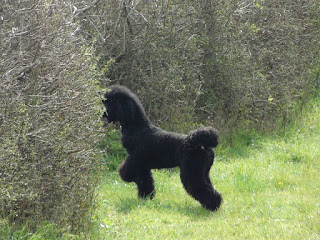 Unfortunately the youngest emu died suddenly and unexpectedly the morning after it hatched, for reasons that were not apparent at all. This is incredibly frustrating, but just one of those inevitabilities involved in raising young animals. The other hatchling so far is doing OK and has started to peck at emu food and bits of apple, although it is unfortunately on its own for the time being and I don't know how soon it will be before it can be put in with the older two for company. 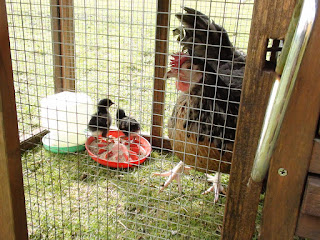 I don't normally let chickens set on eggs and hatch them, but we had an accident with a less reliable incubator overheating, and only two Marans eggs hatched from a clutch of many. One of them had something wrong with it, no doubt from the rise in temperature, and had to be put down. As single chicks usually die and I do not like to mess about trying to keep one warm and feed it, we put the peep in a spare house under a silver Dorking hen who had gone broody for some weeks and was refusing to get up. The hen accepted the chick, but the next morning as I was checking the overdue remaining eggs before feeding them to the dogs, I noticed one was alive, so I put that under the hen as well. As a result we now have a Dorking with two copper black Marans.
Posted by MJR at 13:13