A horrific, tragic start to the year

Today has been a living hell, and I can hardly bear to write this. My beloved Pasha is dead and buried under five feet of Wiltshire clay in our wood. In a few short hours, she succumbed to a deadly and poorly-understood condition that can affect dogs of large breeds like standard poodles.

Pasha has not seemed quite right for a few days, restless and getting up and down off the bed at night, but other than that seemed to be normal and ran around outside with the other dogs. She did take and devour Indi’s cow hoof chew a few days ago, and was sick on the carpet as a result of this, and the only other things I can think of are that she had a shoulder injury about a year ago that we never really got to the bottom of, but that eventually seemed to heal, although occasionally she would still squeak as if in pain when someone touched her. I also gave her a Kong with fish paste in it this morning an hour or so before she started showing symptoms.

This morning Pasha was fine, but at lunch it was clear to me she was uncomfortable and she would not settle. Her abdomen was slightly distended. I took her outside and she went far down the field and started straining to defecate and retching. I immediately rang the emergency vet saying I needed to bring her in at once and I suspected GDV. When I went back outside to get her, she was walking strangely in circles and would not come when called, and we had to carry her to the van.

At the vet, my worst fears were quickly confirmed by x-ray: Pasha’s stomach had twisted into an unnatural position and was full of air. Surgery for GDV is invasive and painful, and has a high rate of failure and complications, and I have known people whose dogs survived it and despite this said the dogs were never right again, and the vet gave at best a 50% chance of survival. I made the very hard decision that I did not want Pasha to go through this, and the vet brought out the consent form and the blue solution of death. It is a horrible thing to hold a dear friend in your arms who, despite being clearly unwell at the time, is beautiful and still very much alive, and a few hours ago seemed perfectly well, and know that the only way forward is to give permission for someone else to inject some awful poison into that dear friend and to then have her die in your arms. And so my beautiful, loyal Pasha who loved toys and learning new things and just doing anything to please me passed away with me and my husband, and on what would otherwise have been a nice sunny winter’s day, the sun set as we carried her to the grave we had dug.

Pasha did not have any of the classic risk factors for GDV, apart from being somewhat bigger than I would prefer. She was not a highly-strung dog, she ate calmly and not like a pig, and in the run-up to her death she had been eating mainly ‘Natural Instinct’ frozen food (extruded foods with carbohydrates in are sometimes anecdotally suggested as increasing the risk). While she was quite a big dog, she was not especially narrow in the ribcage, unlike Cally. It is unknown if genetic factors are involved in GDV risk, but I was not able to find any evidence of the condition in any close relatives, although GDV generally I feel is underreported in the UK, and if you are reading this and you do have a relative of Pasha that has GDV, please do get in touch. I will of course be reporting this to PHR as soon as the vet reopens next week, and encourage anyone else whose dog has experienced this horrible condition to do the same. The owners of the puppies Pasha had in 2013 have all been informed. Please if you have a poodle or any other large or giant breed or mutt dog, be aware of the symptoms of GDV. Whether to attempt surgery is a personal choice that can only be made by the dog's owner, but the earlier action is taken, the less the dog will suffer and the more options there are.

I still cannot believe Pasha is gone, and so suddenly and so young. I expected to have years more time with her. Words cannot say how much I miss her. 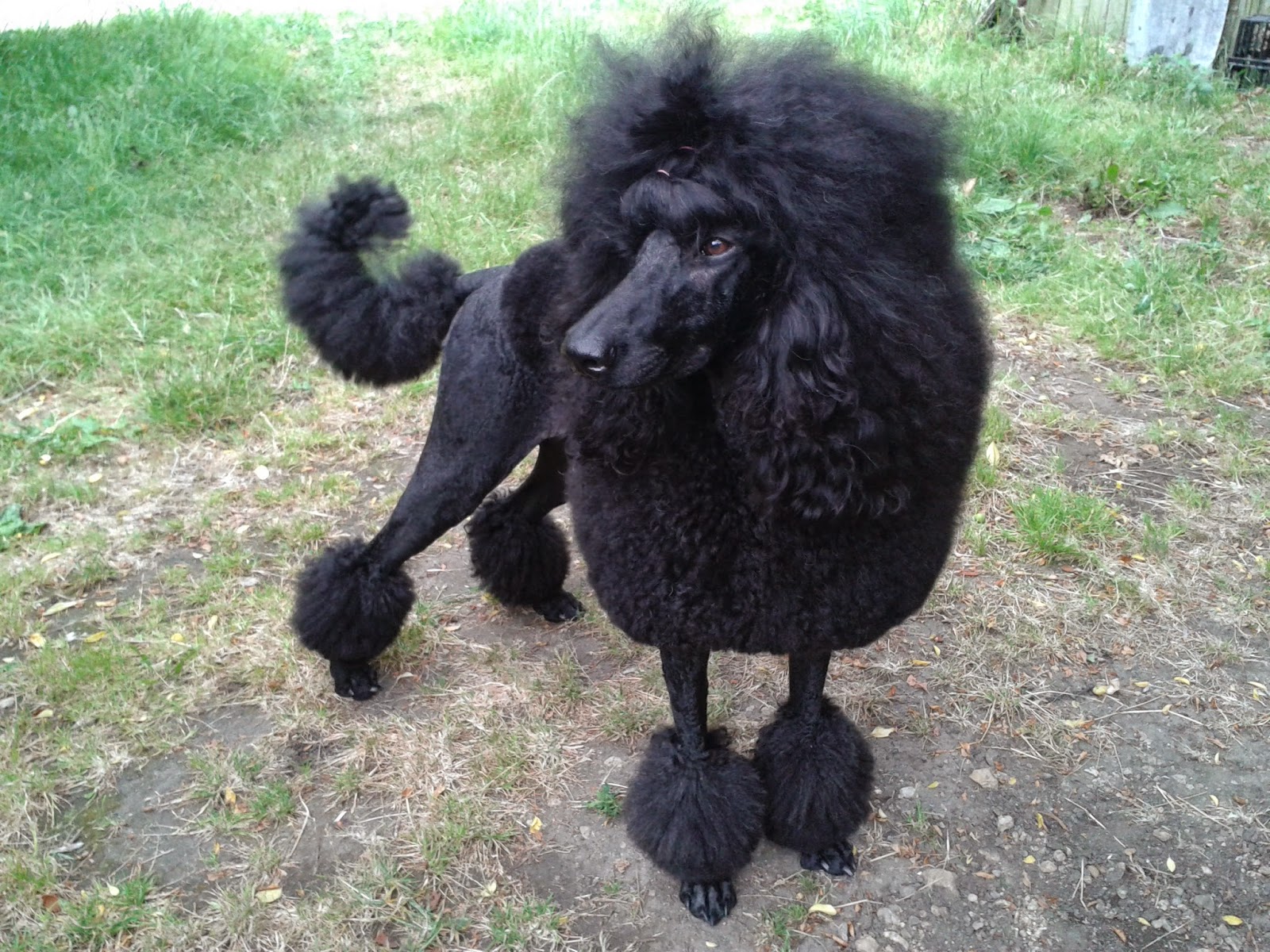