What Research Science Is and Isn't 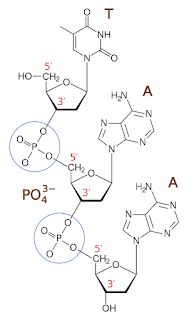 It seems to be common today for some people to make some claims about science, particularly about medicine and food for animals. These claims are usually not correct and show a fundamental distrust and failure to understand the scientific process.

There are many problems in science today, but what the lay public thinks are not among them. The worst experience I had in research was caused by an incompetent lab manager. This person was highly intelligent and a good scientist. He was also a terrible person and should never have been put in a management position. He would get in people's personal space and threaten them and shout in their faces. He would regularly tell people their work was bad privately and in group meetings in front of others. I later realised that he watched a television programme called The Apprentice where people pretend to be employed by a nasty boss who insults and humiliates them as entertainment, and used that as a model for his management style (I AM NOT JOKING). He also blamed a serious incident for which he was responsible on a junior person.

This boss brought out the absolute worst of everyone under him. Not only was I bullied by the boss, I was also bullied by another employee who took to behaving like a clown and doing dangerous things whenever the boss was not around, despite actually being a very intelligent young man. One of my coworkers became slovenly and apathetic, arriving in a dishevelled state with his flies undone, and when the boss was away, would not turn up until the afternoon, if at all. I remember struggling to help the student he was supposed to be supervising, who was trying very hard to do a project I didn't really know enough about to help her effectively with, and later how the boss sneered at the student for not caring about her work and not trying hard enough, ignorant of the behaviour of her supervisor. Disgusted with this colleague's apparent laziness and treatment of the student, I started ridiculing him and I'm sorry to say I behaved in a way that was unprofessional and probably constituted bullying in turn, when I should have considered that his behaviour might have been a symptom of stress or even depression.

Most of the ex-scientists I know who jacked in their training for a scientific career to do something else can cite a bad manager as the cause or a strongly influencing factor. Unfortunately I suspect it's also a factor in many science sector employees who commit suicide. Unsuitable people getting into management positions from my experience is the biggest problem in science. Someone doing good research or being able to bring in grants and funding does not mean they are suitable for a HR position, and until something is done about this, careers being ruined and problems like this are going to continue.

The issues in science I have experience of have nothing to do with any claims I've seen made on the Internet about scientific research being 'biased'. In an effort to try to help people understand what research science is about, I'm going to explain why these are not correct.

Firstly, the whole scientific process is designed to make things as objective as possible. Research papers are 'peer reviewed' before being published. What does peer review mean? It means the paper is sent to several other scientists who work in the same or closely related areas, what you'd consider 'rivals' really, who have to pick out any inaccuracies or unclear areas. Papers to be published have to include detailed results and a description of how the results were obtained, so if any question arises, any other qualified person would be able to repeat the experiment and see if the same results were obtained or not. While this isn't infallible, it's the best system we have for assessing evidence. Scientists who submit fraudulent papers and get caught are sacked and become unemployable in the field, as was the case of Andrew Wakefield.

Funding for research comes from various sources. Most funding comes from professional bodies and companies, and it stands to reason that larger companies can afford to fund more research in areas that are relevant to them. But it does not follow that research is biased because of the source of its funding. Research is often carried out by independent laboratories, and the laboratory and the employees have no personal involvement in the research. When companies have their own R&D departments, the researchers are still not personally invested in any products the company might produce, but strive to get the most accurate result as clearly it is beneficial for the company as a whole to change their products if research finds that an alternative would be more effective. When larger businesses carry out research, it invariably benefits smaller companies who don't have the resources to bankroll experimenting on their products when it's published. A friend of mine used to work for a large company that manufactured crisps and was involved in research to study harmful substances caused by cooking the crisps at high temperature, and investigated ideas such as cooking the crisps at low pressure to reduce the substances. No doubt smaller crisp manufacturers were able to implement new techniques based on the results of this sort of work without having to repeat it themselves.

It is not correct that research from universities and smaller businesses is 'better' than research from larger or more profit-motivated businesses. If anything, there may be a little incentive for quite the opposite. Universities are very dependent on receiving funding from outside sources and their reputation and that of their employees depends on having published research. Some results are more publishable than others -- for example, if a study sets out to find if x performs better than y, and finds that neither is really better than the other, this result isn't particularly publishable and studies that are likely to result in this sort of outcome is less attractive for universities. However, for a big business that has its own R&D department for its own products, this kind of result is just as valuable in helping with its development. Therefore, researchers in universities and small institutes may feel more pressure to get publishable results and only take on projects that are likely to work out well. Some important and interesting areas of science are not being studied enough for this sort of reason. However, it's still unlikely that researchers would fudge their results as the consequences of being caught doing this are severe, and the likelihood of being caught during the peer-review process is high.

Remember that in science, there's no such thing as 'the truth'. There is just evidence and science is about assessing the evidence on balance and deciding if the evidence in favour or against something is sufficient to demonstrate it is so beyond reasonable doubt. That balance can and frequently does change as more evidence becomes available over time, and we have to constantly re-evaluate evidence. Often, the more we know about a subject, the more nuanced it becomes, and the more it is apparent that we do not know.
Posted by MJR at 14:36