The pups are four weeks old today, and their personalities are starting to become apparent. The pups' owners-to-be will come to visit them starting this week, and they have moved into a pen in the room adjoining the sitting room where they will have more space and light. The pups who have names just have them as 'placeholders' and their new owners will choose names for them when they go home.

One person on the waiting list for this litter has had to cancel, unfortunately due to being ill, and as the other two people who were waiting have made other commitments and decided to wait until the next litter, there is a space available, probably for a brown girl. If you are interested in offering her a loving home, please get in touch. 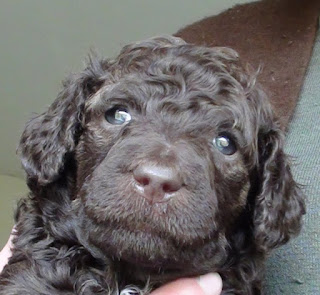 Paris is the only little boy in the litter! Despite being the smallest pup, he is bright and lively and interested in people and toys. 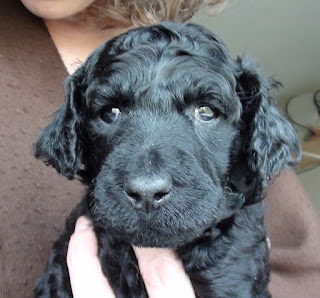 Ebony is the only black puppy in the litter. She was the smallest pup at birth, but has caught up with the other ones. Ebony was the first pup to open her eyes and shows a lot of interest in people and things, but she is also noisy and is likely to be the sort of pup who will make her own amusement and get up to mischief if she's not kept entertained. 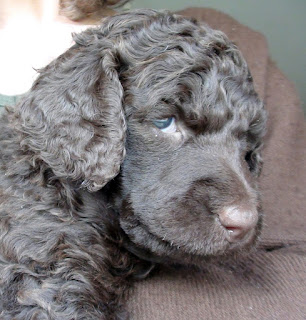 Miss Piggy was the biggest pup at birth, but is now a similar size to the other three girls. She is a calm and chilled-out pup. 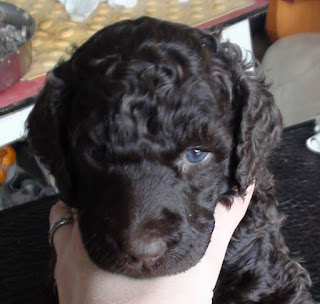 Purple collar pup and Green collar pup were very similar from birth and it's only recently as their personalities have developed that their differences are becoming apparent. Purple is slightly more laid back. 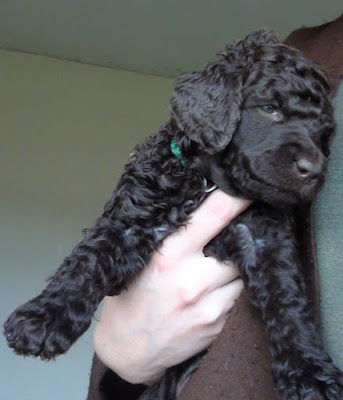 Green collar pup is slightly darker than Purple pup and a bit more outgoing. She and Ebony in the litter are the two pups who are so far showing the most enthusiasm about food.
Posted by MJR at 16:56