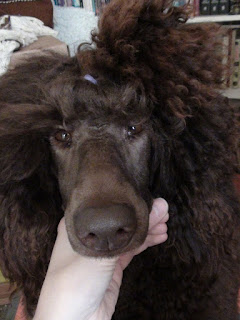 I am getting a lot of enquiries at the moment for pups. Unfortunately I have none available at the moment, but I am hoping to try to have a litter later in the year and will explain what I'm doing later in the post.

If you are interested in a puppy, I operate a waiting list system. There are already people on the waiting list for the next litter. I (ideally and hopefully) don't have pups available 'now', and in order to be on the waiting list, I need to have your questionnaire filled in to tell me who you are and some information so I can see what you want the puppy for and the sort of poodle personality who would be the best fit for your family. If I don't have your questionnaire, unfortunately I will likely just lose your information as I'm disorganised like that and I get a lot of enquiries from people who aren't sure or are just looking to find out more (which is fine) and it will get buried with all the other bits of paper and emails.

After I have your questionnaire, you need to come and visit, where you can meet my poodles and ask any questions, and I can also make sure you're a suitable person. By this I don't mean I want to give people nasty interviews, but a couple of people when they've come to visit turned out to be allergic to the adult poodles or realised a different breed was what they should be looking for. I am always happy to give advice, and if you or your home aren't a suitable match for one of my pups, I will try to be helpful and suggest alternatives and where you can find out about them. The order of priority for the waiting list is the order in which I have met people.

All of my puppies are endorsed and sold on a contract that forbids them from being used for breeding, unless they're going to someone I know well and trust. They are suitable as companions for active people or for doing dog sports with. Occasionally I get enquiries from people who think they can get around this, and if you're such a person you need to stop wasting your own time reading this and look elsewhere. 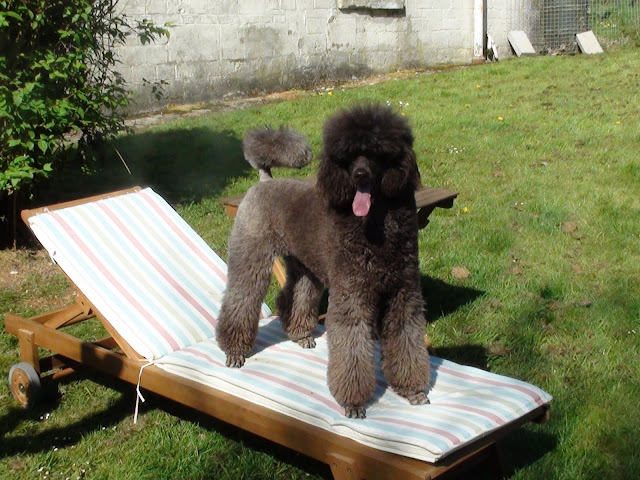 I am hoping to attempt a litter from Hobsey when she next comes in season, likely in June. I haven't finalised yet who will be the sire and whether I might try to have just brown pups or both black and brown. If it works, pups would be born in August and ready to go home around October. Hobsey has previously had one litter in 2016 and all the pups are well. I usually try to avoid having pups in summer as there's so much else going on and the bitches can get really uncomfortable if the weather is hot, but Hobsey coped really well with her previous litter, and I did want to breed her on her last season, but for various reasons it didn't happen and as she will be 5 this year I don't want to leave it until 2019. The alpacas are due to give birth in July so hopefully the constant going outside to check for Stiltlambs will be over by then, and I will get her a special cooling mat to lie on if it works. :-) 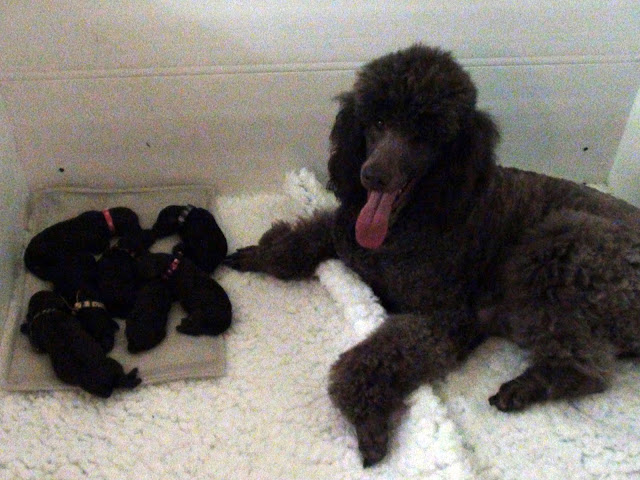 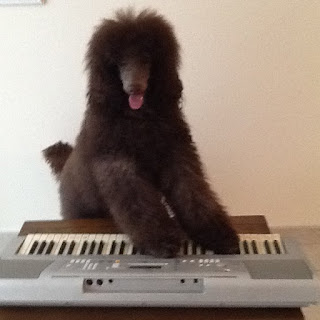 Basil, recent picture of a puppy from Hobsey's 2016 litter, sent from his owner
Posted by MJR at 17:36