For some time now, I have been waiting in hope that an opportunity for Cally to go to a quieter new home would come along. After Pasha died, Cally was left as the eldest female above two entire bitches who are physically stronger and much more confident than her, a position she never wanted, and the problems she has had with her eye, which culminated in it having to be surgically removed last autumn, made things harder still.

Yesterday, Cally travelled to a new home to start her new life as an only dog with two loving adults experienced in owning a visually impaired poodle. We will all miss Cally very much, but feel that this is the best thing we can do for her. While she loved getting out and about here, in the house she would often hide in a bedroom to get away from the silly younger bitches, and the only dog she really liked was Loki. When pups were born, she found the change stressful and the sight and noise of the puppies overwhelming. She is six years old and could well have another six years or more left, and it would not have become any easier as she grew older and more dogs joined us.

Pictures of Cally the afternoon before she left, and Cally throughout the years: 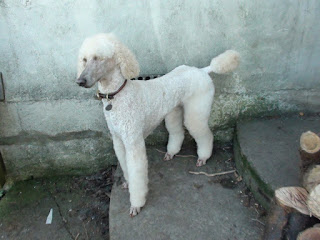 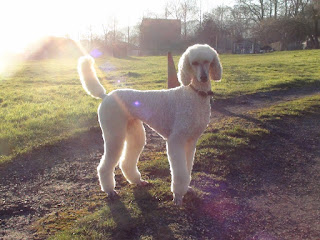 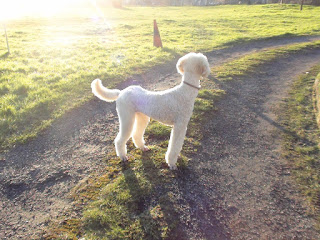 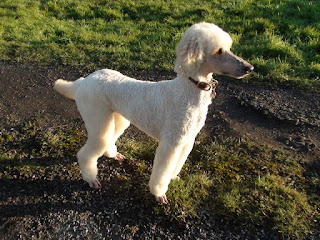 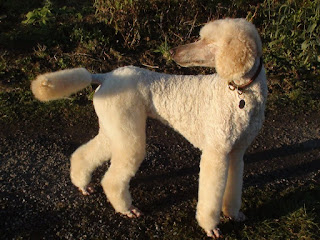 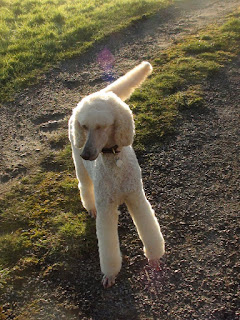 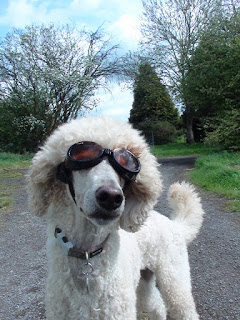 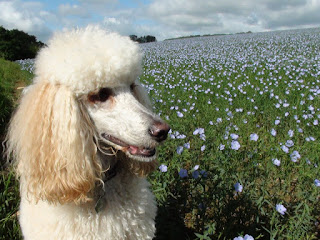 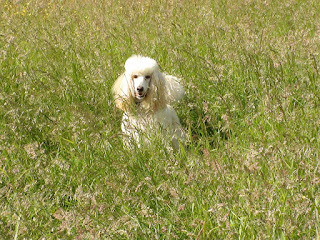 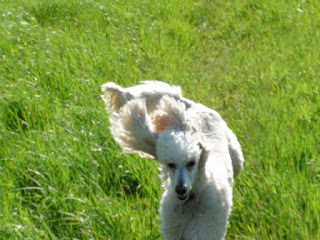 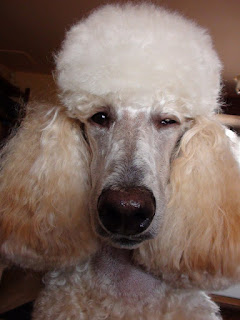 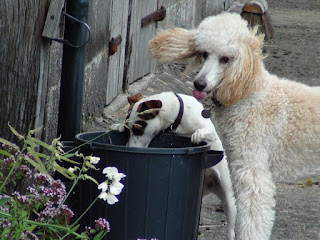 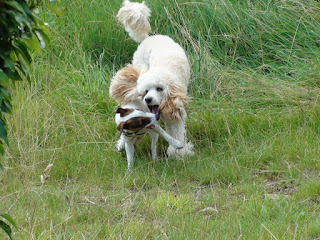 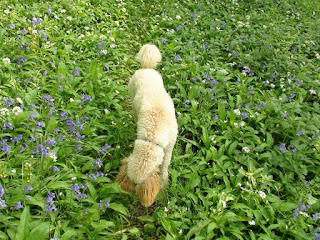 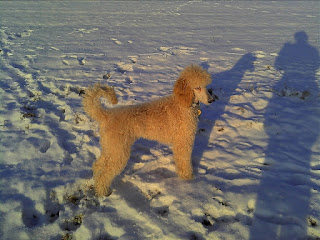 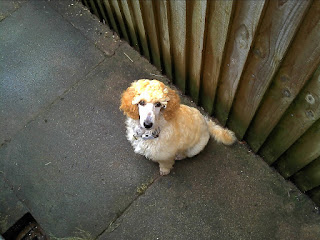