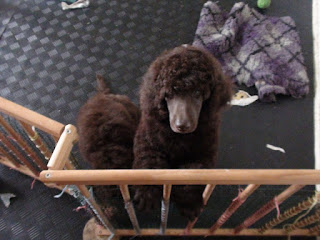 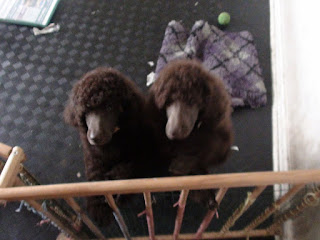 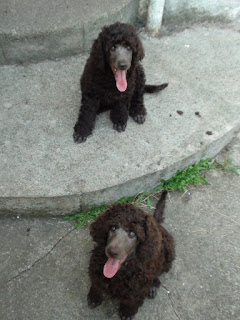 Hobsey's puppies have all gone home to start their new lives with nice owners. Hobsey doesn't seem too bothered, although she did go to the garden area to look for them this morning, and carried one of the toys they had been playing with outside back to the house. She likes to be close to me, and seems a bit wiser, older, and more loyal from sharing this experience. 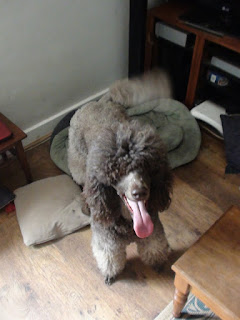 Trebuchet the cria is doing much better, and will now only really drink one supplemental feed a day. Hopefully both cria will continue to do well and not need a lot of help as the weather deteriorates into the autumn. 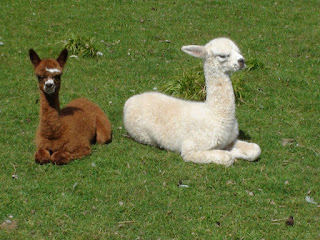 I also need to put on some more hatching eggs before the year runs out. We have some turkeys and geese growing on, including an interesting grey phenotype turkey. 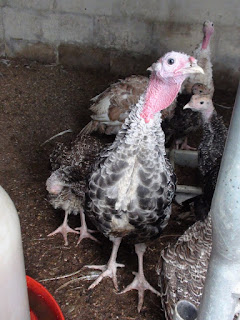 I am hoping to attempt to breed either Indi or Adhara next time they are in season, which if it works would mean pups born early 2017. It's said the best plans are not set in stone, in which case my plans must be really good, because I still haven't worked out what I'm doing. I was waiting for several pie-in-the-sky things that did not materialise, mainly to do with sorting out our 100-year-old house, and now we're faced with another winter in a house that leaks and is impossible to heat, and it's back to the drawing board and obscenely quiet round here as a result. So I am hoping that we might have some pups at the start of 2017, and if anyone thinks they might be interested in one, please get in touch, as the best chance of securing a puppy who's a good fit is to be on the waiting list.
Posted by MJR at 13:38