I sent DNA samples from the emus to a laboratory to find out what sex they are. Both emus are female. 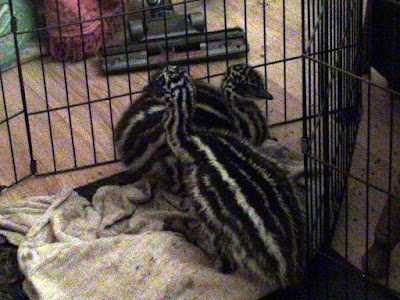 I hope some Boymus will come out of the eggs I currently am incubating, otherwise I will need to find someone who wants to do a swapsie. Probably the emus are going to have to move to an outbuilding fairly soon. They are enormous and do enormous poos, and they have difficulty following people in and out of the house, which means we have to pick them up to take them outside and bring them back in. Which would not be so bad if they did not really hate being picked up! They flail about and because they're so big it's hard to hold them securely, and frequently they do a berserk leg-flailing thing and projectile crap, usually up the wall in a doorway. 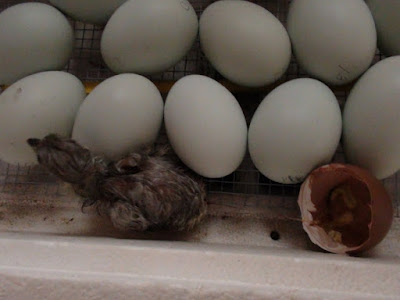