The Trivers-Willard Hypothesis and How it Relates to Animal Breeding

So far this year, two crias have been born. Both of them are male. In fact, in all the years we have been keeping alpacas here, there have been born 12 males and only 5 females. 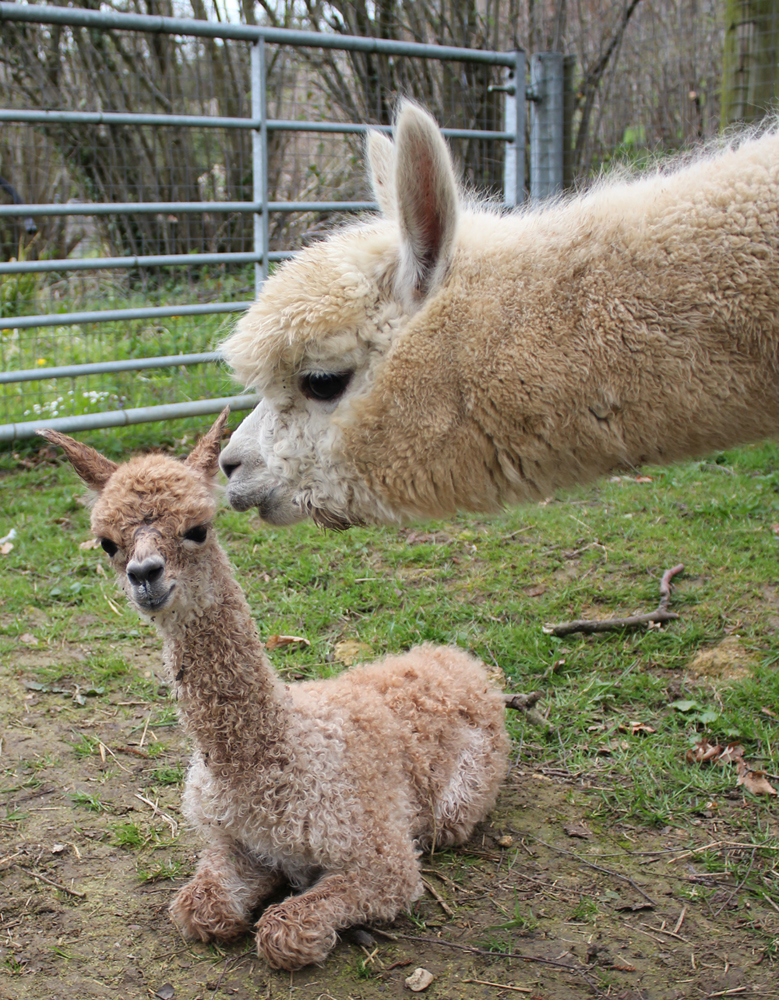 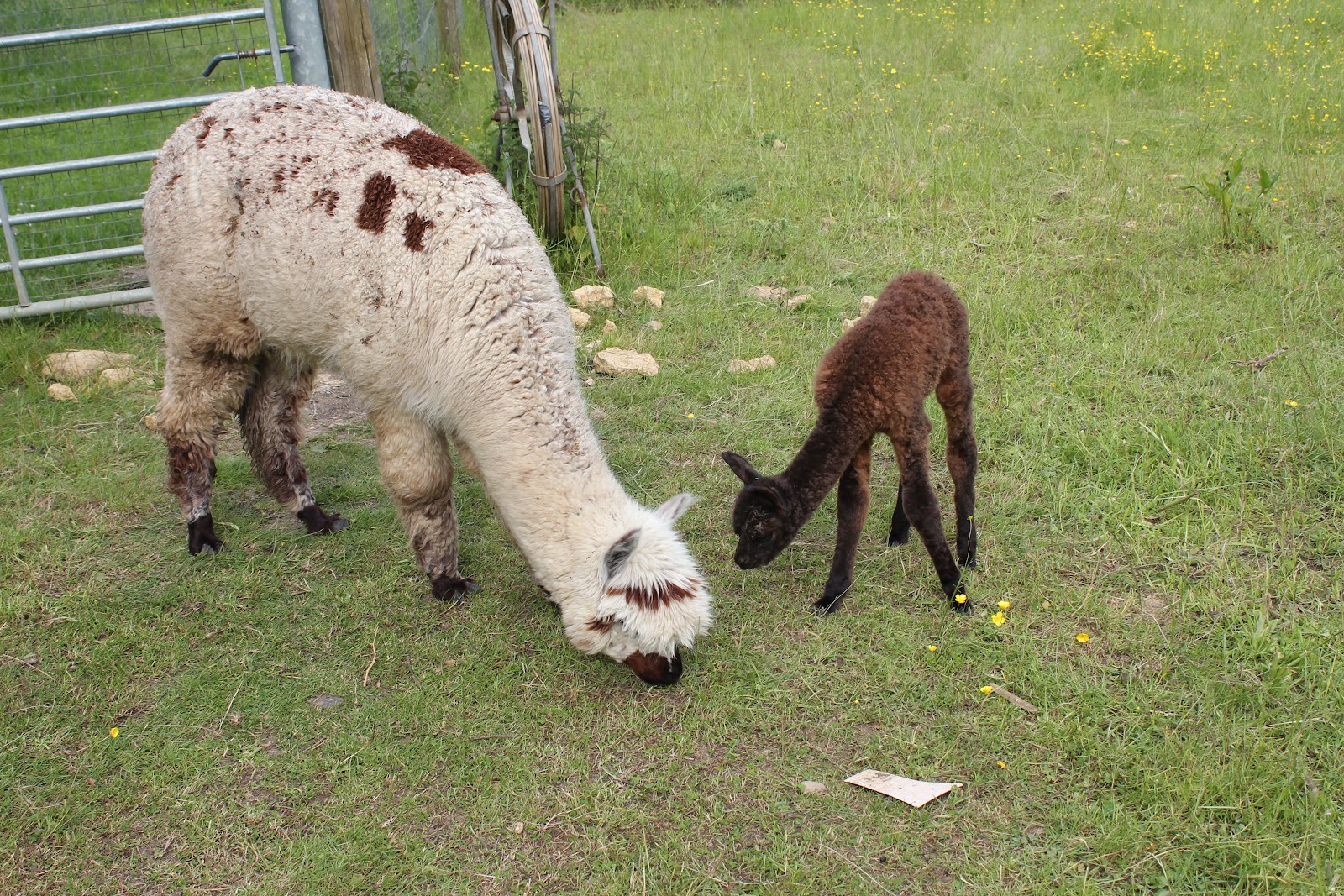 Why is this? The most obvious answer to the question is that it's just Sod's Law. With most domestic animals, more females are kept for breeding than males. I only have space to keep three mature males, which means I have to sell the males born here unless one is intended to replace one of the incumbent males (whom I must then sell to make room). It just seems an ironic twist of nature that I get more of the sex least useful to my programme. Or is it? Anecdotally, a lot of animal breeders seem to report a dearth of females born in the early years of their breeding programme.

There is a little-known scientific theory to do with the ratios of males to females born, and that is the Trivers-Willard hypothesis.

The Trivers-Willard hypothesis applies chiefly to mammalian species who are uniparous, that is, whose females typically produce a single offspring per pregnancy. The logic behind it goes like this: uniparous mammals embody a reproductive strategy whereby most females who survive to adulthood will reproduce, but breeding for males is highly competitive and most males who survive to adulthood do not get to do it. This strategy is a compromise between the mutually exclusive goals of maximising evolutionary selection and maximising production of the next generation. If both sexes competed aggressively for the right to breed, the result would be a reduced but highly adapted population. If everyone bred indiscriminately, the result would be a large population that perhaps isn't adapted so well to its environment and to survival. Evolving one sex that invests heavily in the reproductive process and the other to invest little but to be exposed to aggressive natural selection provides some of the benefits of both.

For males, the pathway to reproductive success is clear: be the strongest and the best adapted to your environment, and leave the rest to the females to sort out. But females, it seems, may have evolved their own strategy which is rather more subtle. For a female, who is likely to produce offspring but can produce far fewer of them than a successful male can, the sex of the offspring she produces matters to her 'selfish genes'. If she produces sons and they are successful, her genetic material will be inherited by many grandchildren. If she produces daughters, as long as the daughters survive, the daughters will likely produce some grandchildren regardless of whether they are successful or not. Producing sons is a genetic high-risk, high-reward strategy, whereas producing daughters is more of a hedged bet.

So, if a female has the ability to raise a competitive son (bearing in mind that environment as well as genetic material play a big part in the son growing up to be competitive) the payoff for having a male offspring is likely to be high. If she doesn't have this ability, she is better off in terms of genetic survival having a daughter. In practical terms, the ability to produce a strong offspring depend on her ability to feed it, which is dictated by her ability to feed herself and hence her body condition, and in social animals, her social rank in her group.

It is not understood how females are able to influence the sex weighting of their offspring, but it's possibly to do with the conditions in the reproductive tract favouring one 'flavour' of sperm, as chromosomal weights on the cellular scale mean x-bearing and y-bearing sperm are quite different to each other.

Studies of the Trivers-Willard hypothesis produce mixed results, probably because these variables are complicated and some of them, in particular social rank, are difficult to measure. A lot of the research on it tries to apply it to humans, which isn't particularly helpful to animal breeders (humans are weird animals with weird social behaviour and findings in them probably aren't relevant to other animals). But if we assume the TWH does cause an effect and it is relevant to domestic animals like alpacas, how might this relate to breeders early and later in their breeding programme, and the anecdotal observation that a lot of breeders have a high ratio of males to females early in their programme?

First of all, breeders start with a number of animals they intend to increase, therefore a small breeding programme at its outset tends to be understocked for the land it has access to, and the animals tend to be well-nourished and at risk of being overnourished and getting fat. Well-nourished animals, according to the TWH, tend to have well-nourished offspring, which in an environment where natural selection occurs (rather than breeder selection based on fleece quality and other factors that are completely abstract to nature) means they can benefit from having sons.

Secondly, the TWH postulates that social rank of the mother is important, as her offspring's social rank benefits from her standing. Social rank in animals is greatly misunderstood, as many people anthropomorphise success relating to wealth or social castes and bullying in people, or assume it is to do with strength and fighting, which it might be to some extent in males, but in females it is not. A high-ranking female is simply an older or experienced one who has a calm and confident nature that inspires trust and cooperation in the younger ones. She knows the land where she lives, she knows how to survive and to support her herdmates, she has seen countless births, and knows just what she can do to encourage a new first-time mother. In stable, established groups of social animals as they occur in their most natural state, the high-ranking females are old matriarchs accompanied by their 'lower ranking' daughters and grand-daughters. This is quite the opposite from the social situation of a new breeding programme, which has likely obtained a small number of females who are probably not related and have no proper hierarchy whatsoever and just make friends and muddle along together as best they can.

So, while in a larger and more natural social group, the older experienced animals might be more likely to have sons and the younger ones more likely to have daughters, in a newer and less established group where everyone has plenty and everyone thinks they know everything, the Trivers-Willard hypothesis might go some way to explain why male offspring are more likely!