Last year, I decided to seed some new grazing areas with diverse forage species, to benefit both my stock and the environment. The areas we established were of two different types: land that had been used for arable pretty much for living memory, and land disturbed by groundworks that had to be reseeded. The establishment and species balance has developed rather differently in each environment, even though the seed mix used was identical. 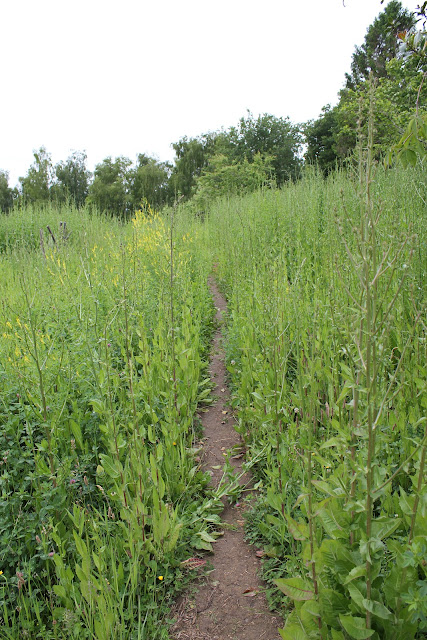 This is an area that previously had been taken up by a Nissen hut that had reached the end of its life and an ancient summer house that had collapsed. The buildings had over time become engulfed in the hedge and a stand of fruit trees that had self-seeded there, and the area surrounding them was covered with rubbish. The rubbish, the buildings, and the concrete slab they stood on were removed. The hedge was cut back and the fruit trees were pruned and the dead and damaged trees removed for firewood. The soil in the area was high in organic matter from the buildup of dead leaves and plant matter over the decades, so it was spread out evenly and seeded.

Here, chicory is the dominant plant, and has produced a dense stand of flower stems which attracts flocks of goldfinches. Part of the plans for this paddock were to use it to put alpaca mothers with young crias as it's easy to keep an eye on them there, but it's so overgrown at the moment that the crias would probably get lost. The sweet clover (the yellow-flowered thing) seems to like it here too.

My Sewer Runneth Over 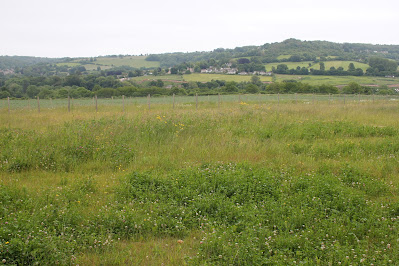 This is a paddock reclaimed from an area that has been depleted by arable farming over many years. The soil is clayey brash that seems to contain little organic matter. The paddock was seeded with grass a few years ago, which performed poorly, with the exception of one small area that many years ago, a malfunctioning sewer used to regularly flood. Last year it was overseeded with the same seeds used elsewhere. The seeds established well considering they were broadcast on the existing sward just before heavy rain was due. Here, legumes dominate, with sainfoin and clovers beginning to bloom. There is very little chicory. 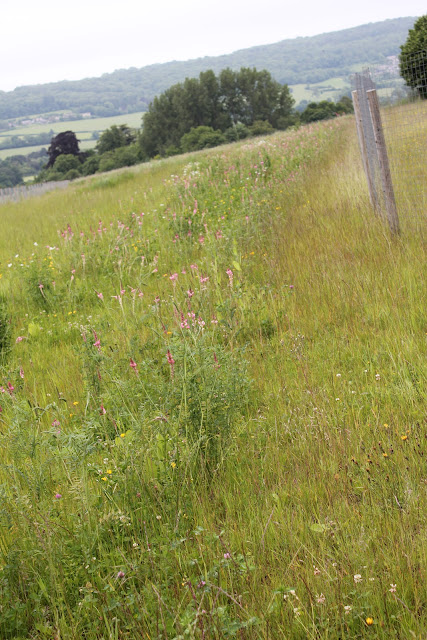 This ground is pretty much identical to the sewer paddock, which it lies next to. In addition to the same seed mix used in the other areas, wildflower seeds were scattered, and some of these are flowering. Wildflower meadows are not supposed to be grazed or cut during the spring and early summer, and the sainfoin and birdsfoot trefoil are doing well here.
Posted by MJR at 12:09