Life and Death on a Farm

On Monday (6th) Olivia delivered a male cria in the early hours of the morning without event. The cria was discovered around 7:30 and was sitting up, and got to its feet and tried to run away when approached, and Olivia had already passed the placenta, so it had likely been born at least an hour beforehand. Although the cria was very small at 11 pounds, it was normal and healthy, and clearly trying very hard. The cria has been coming in the porch overnight and having supplemental goats' milk because he's so small and Olivia has a history of poor lactation, and so far looks and behaves completely normal, and is maintaining his weight after an initial drop to just under 11 pounds. 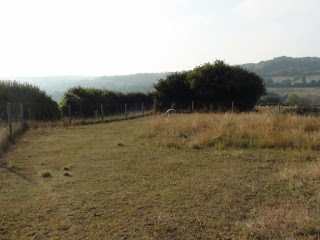 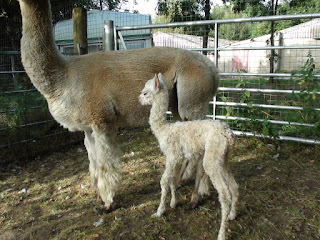 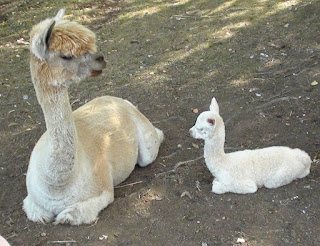 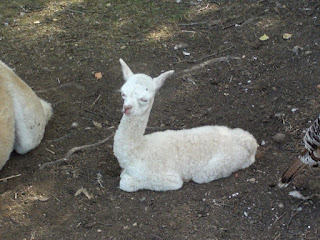 Poppy gave birth the next day. Tragically her cria was born with severe deformities incompatible with survival and has had to be euthanised. Poppy has had two normal, healthy cria in previous years and it is not clear why this has happened, whether something just went wrong by chance during embryonic development, or Poppy ate or was otherwise exposed to something at a critical point of her pregnancy, or a mutation or unfortunate genetic combination. It's an old farming adage that if you have livestock so too will you have deadstock, and breeding animals serves as a regular reminder that it's mere human arrogance to think we can take something as brutal and imperfect in every way as nature and make it perfect and humane. 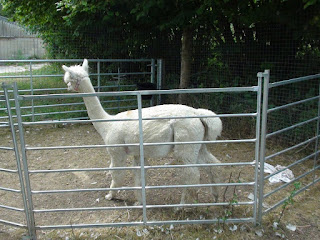 Poor Poppy was not like the bitches and did not realise her cria was not viable and push it away. She loved it even though it was hideously deformed and didn't seem to recognise her (I suspect there was neurological damage as well, as the cria did not stand nor respond to Poppy clicking at it). I hoped the cria would pass away naturally beside Poppy so she could grieve for it, but after giving them a couple of hours together, the cria was still alive, and although not in pain, it was clear the cria would never survive and was destined for a slow and miserable end, so the decision was made that we needed to pay the ferryman. What should have been a happy and anticipated event instead resulted in taking what would have been a big strong rich-brown female cria to the vet to be euthanised, and poor Poppy was left with no closure. Poppy is gradually getting back to normal, although she still runs up to anyone who comes into the paddock and bleats at them.
Posted by MJR at 09:30