The proper name for an adult male alpaca is macho. While our senior suri stud Marius likes to escape and visit the poodles and eat the garden (see later part of video above) and is perfectly capable of mating with hembras and making them pregnant, he doesn't seem to be feeling very macho at the moment, possibly from a combination of the heat as well as being old and fat, and seems to be more interested in smelling the flowers than instigating matings by chasing and mounting females! To get his last mating a month or so ago, which resulted in Bess finally becoming pregnant, this resulted in putting halters on them both and running up and down the field with Bess in front of him, until it occurred to him to sing his mating song and she sat down immediately for him.

Fleur is now over a year old and big enough and interested enough in boys to have her first mating. The only male suitable to use on her is Marius, but when they were put together into a nice shady pen so they could get on with it, Fleur smelled Marius and rubbed herself against him, and he went and put his head in a food bucket and ignored her! We did eventually get him to mate with her, as this photograph and video shows, but you may well ask, what is Trident doing in the pen spectating? 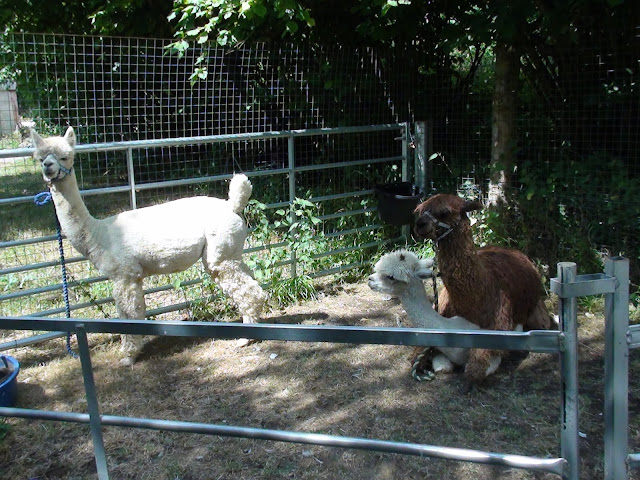 Trident is our youngest male who it's hoped will become a stud later this year. He's only recently started showing an interest in females, and he is not allowed to mate with Fleur as she's his half sister. Because Marius was so reluctant to cut to the chase, I decided to let Trident practice in front of him to see if some healthy competition might spark an interest. Female alpacas will only mate with males who orgle (sing to them) and often they need to be chased and mounted before they will sit. What Trident has in enthusiasm, he lacks in skill, and his stud behaviour was atrocious. He kept forgetting to orgle, he mounted Fleur from the wrong end, and when she did go down for him, he sat on her head. Once he had pushed her down and squashed her, Marius suddenly remembered he was a macho and was quite happy to orgle loudly and barge the hapless greenhorn off Fleur and get on with his job! 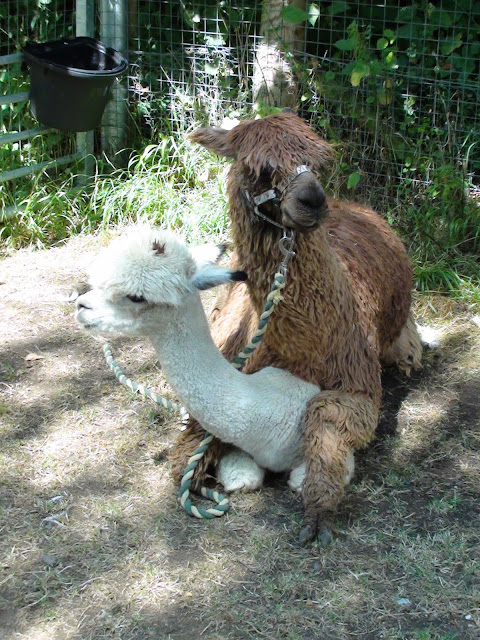 When Patience mates or is involved in a spit off (which is the term used for showing a hoped-pregnant female to a stud male to test if she is pregnant or not by her reaction) her mother Bess is always very concerned about her and comes up to the pen to make sure she is OK. I let Trident chase Patience to spit her off while Fleur was mating, and Bess came up worried that she was being harried about, and spat on Trident on Patience's behalf when she rejected him. Oddly enough, Fleur's mother Poppy never seems to care if Fleur is being chased, and showed no concern that she was being sat upon by a fat old suri. 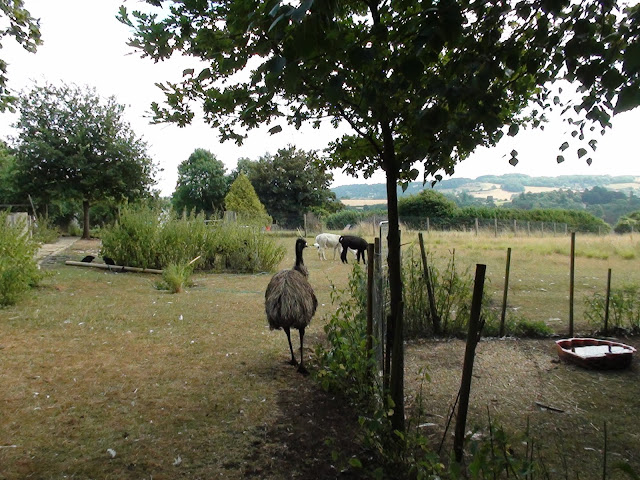