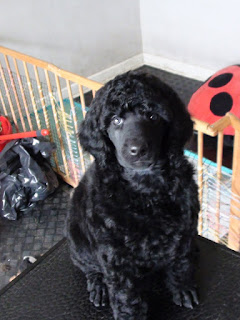 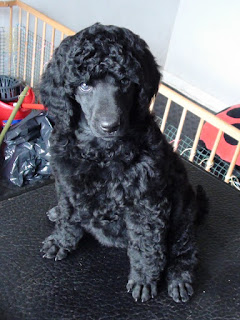 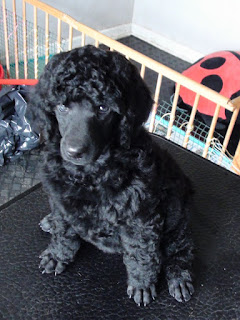 This is little Saffi pup, formerly Lilac. For the first few weeks, Lilac was a puppy who did not really stand out to me in any way, although I probably did not pay that much attention to the girl puppies as I was intending that from this litter a boy should go on a co-ownership arrangement and I was busy studying them. Her sister Cherry who is precocious and naughty was the girl pup who was most noticeable. Then when the pups grew out of the Gila Monster stage and started bimbling about, I noticed that she carried herself and moved rather nicely, for a small bimbling ball of fluff at least, and that she had a nice short loin. I decided that I would think upon this matter more, and in the meantime decided to send Saffi's DNA to a lab to test if she carried the gene for brown, and to see how I felt later with this knowledge.

The test says Saffi does carry brown, so that settles the matter and she's staying here. The best laid plans and so on.