At least I have chicken

These are my Friday 13 Marans (or perhaps they should be called morons instead, since they seem to have a tendency to hatch out the wrong end of the egg -- it doesn't seem to bother them much, however). 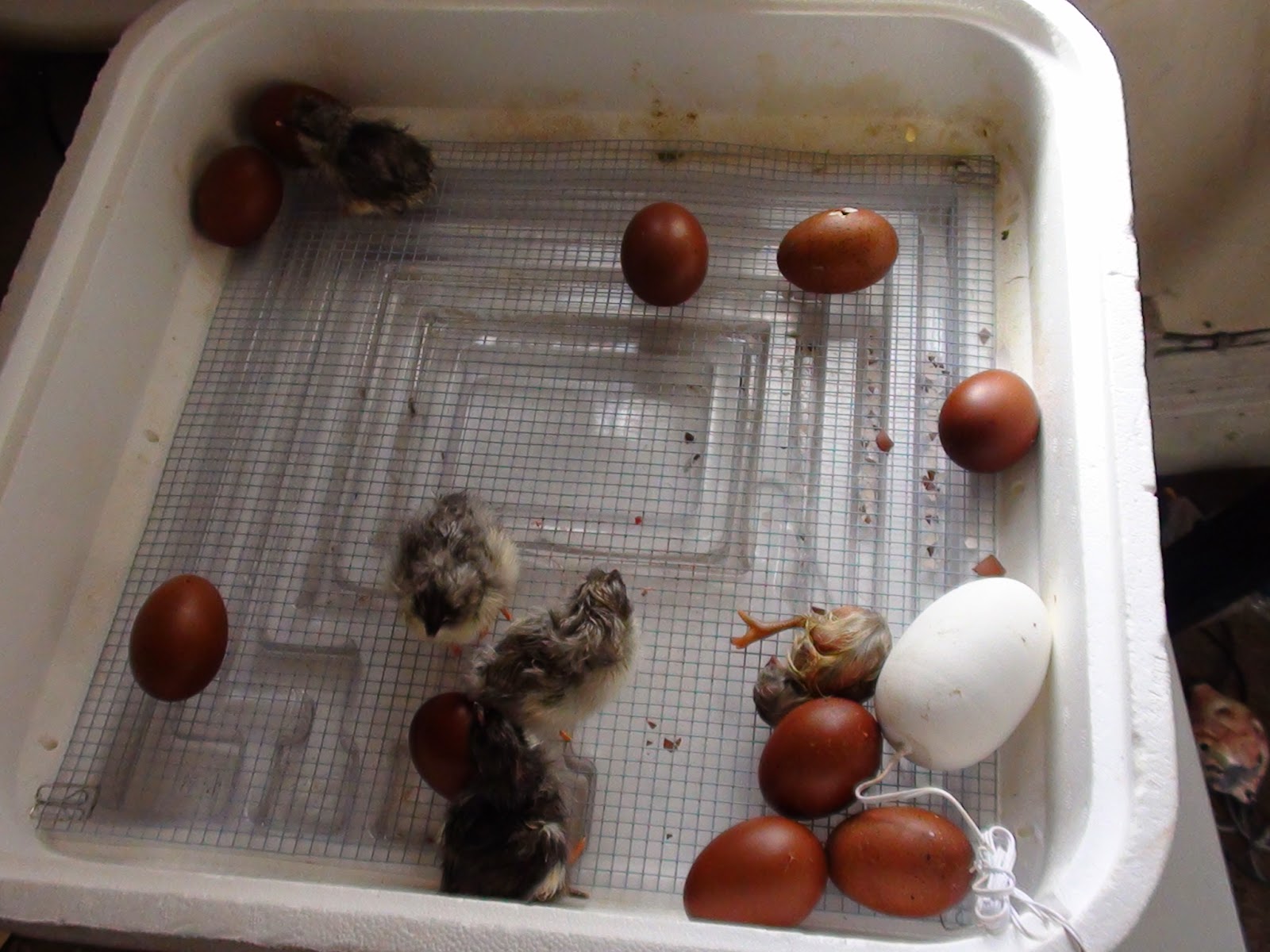 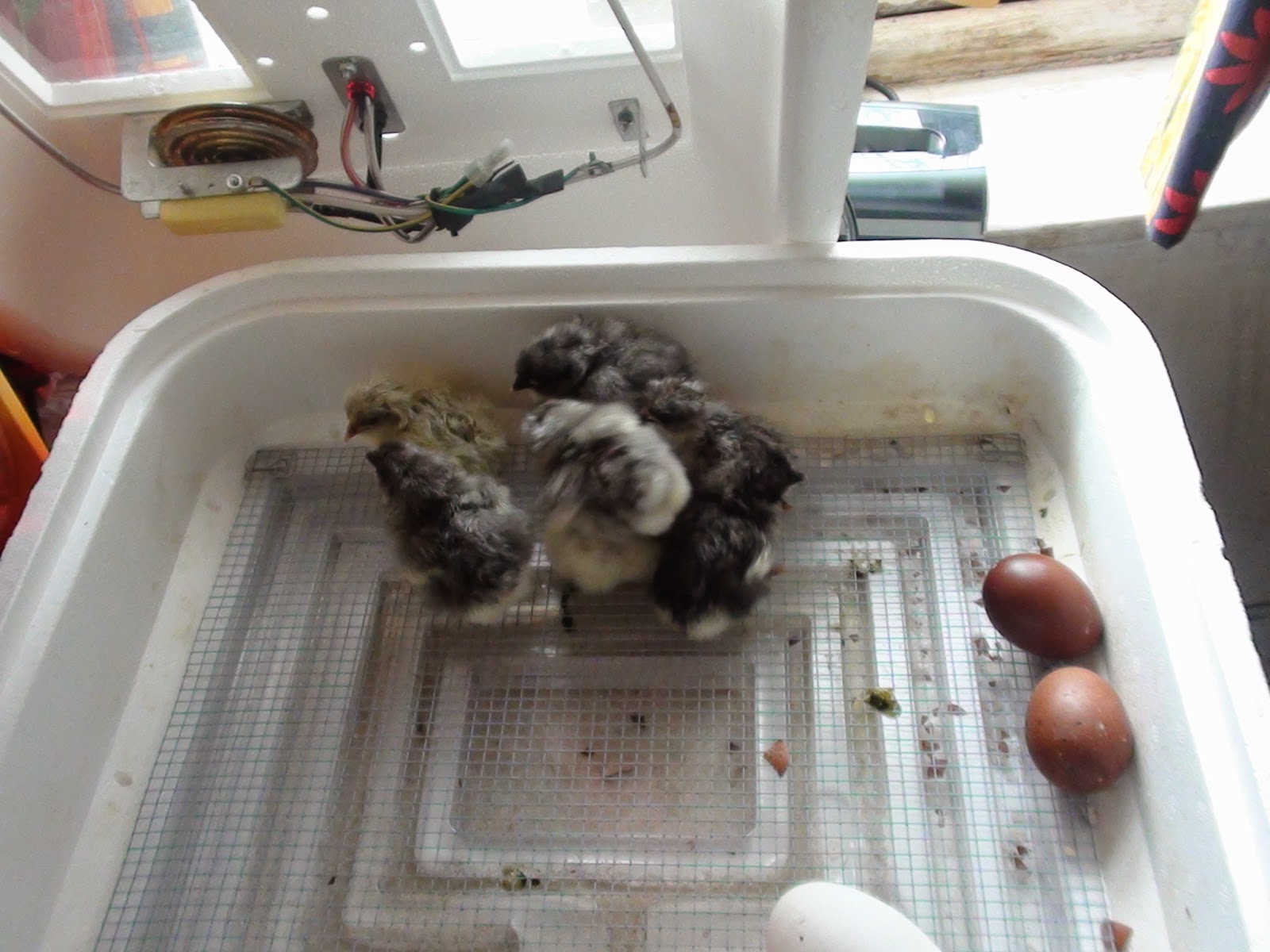 So far I have 10 of them, with two eggs remaining, one which has internally pipped and the other I am not convinced yet is dead. Of 15 eggs set, two did not contain embryos and one was fully developed but dead, having failed to pip internally. These are the first eggs from my own Marans, which I sourced last year from two separate flocks. Sadly, these eggs were set the day before I lost Pasha. 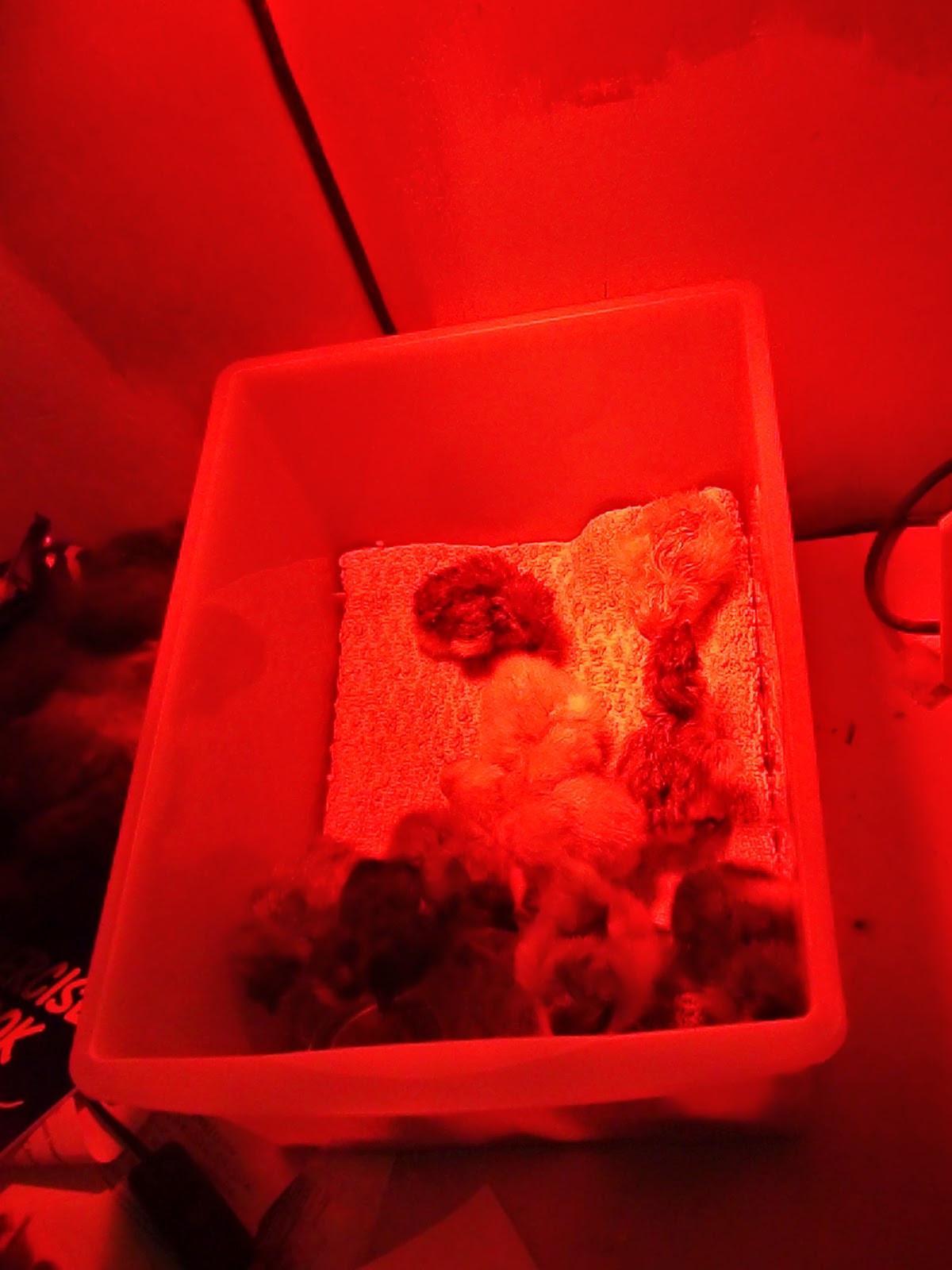 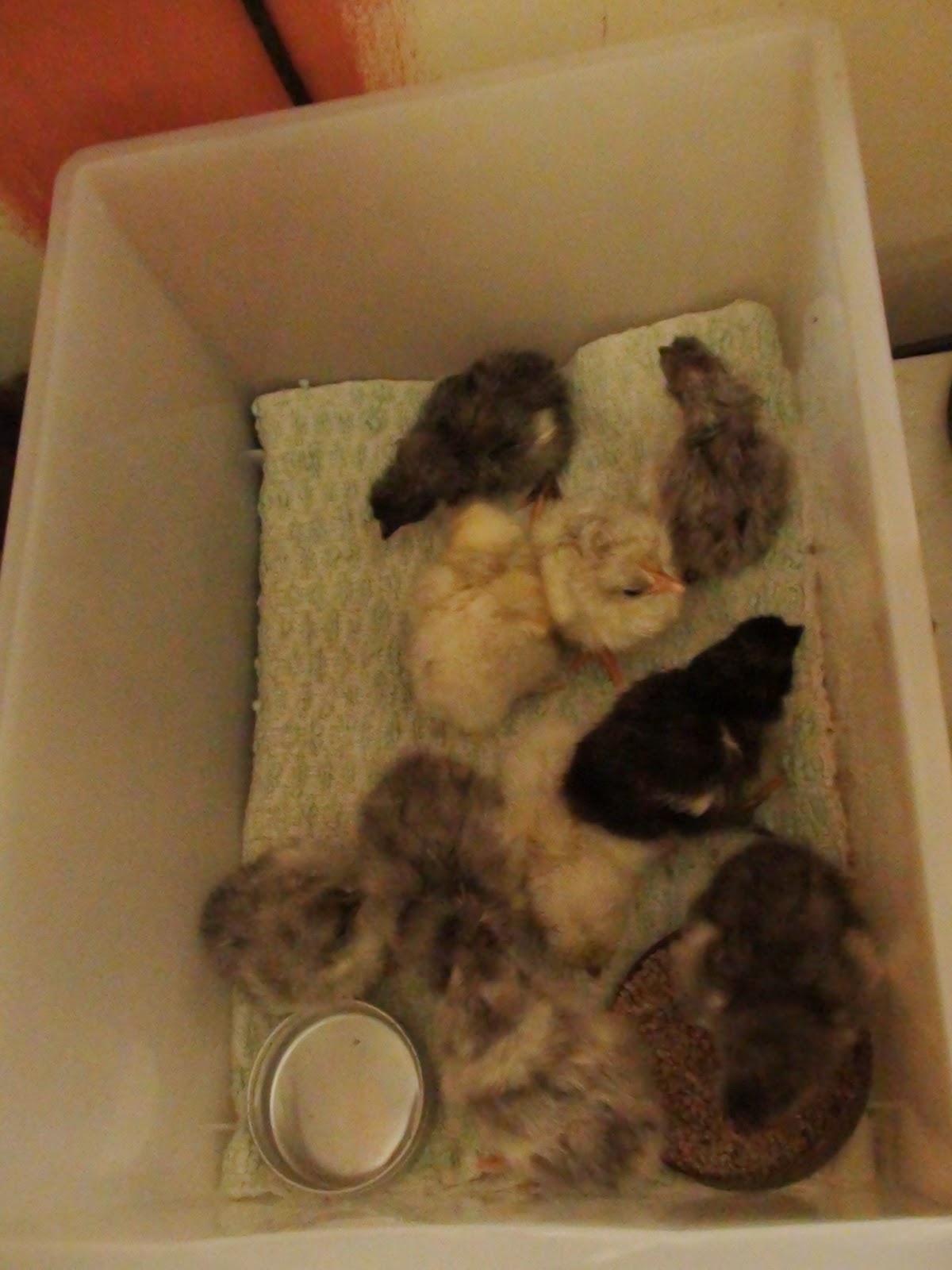 These chickens come in three colours which are controlled by two partially dominant alleles on a single locus. The silver ('splash') colour is one extreme, the black is the other, and the blue is the heterozygote. If you have only silver or only black, you will get all the peeps in that colour, but if you have blues in your breeding flock or mix the colours together, you will get different-coloured peeps like in this case. The flock consists of a blue cock and unrelated hens, two blue, two black, and a splash.
Posted by MJR at 12:05