I took Pasha to the Birmingham Championship show (which is in Coventry, not in Birmingham, close to the University of Warwick, which is likewise in Coventry and not in Warwick). She came 4th out of 4 in Graduate Bitch. She isn't in a proper show trim and we had not been to a big show before, so it was good experience and she seemed to enjoy herself, although she was a bit bored while we were waiting for our group to come up.

So now she has a card to commemorate the event, and she also did the Kennel Club Good Citizen Bronze Award. I did take her to some local obedience classes some time ago, but it got dropped because of another commitment, so it was nice to be able to get the award at a convenient time and so quickly (when my local obedience group does it, it takes all evening).

Afterwards, I had fish and chips, and Pasha had a chip as a treat. :-)

I don't have a picture of her at the show, so here she is Before: 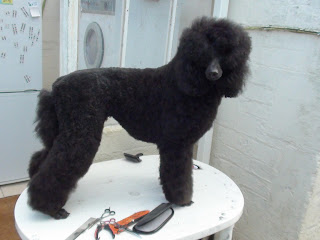 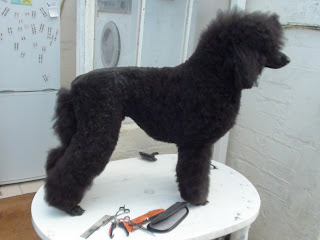 And here she is After: 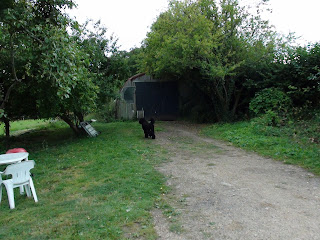 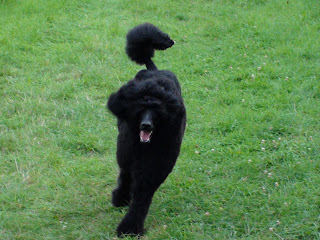