I started doing spinning and weaving a few years ago, a hobby which stemmed from an interest in using fleece from my own alpacas in traditional ways. I found out that I enjoy repairing and re-engineering old looms almost as much as actually using them. This loom was given to me to repair with a lot of its original parts missing, and had apparently been stored in an attic for many years. Wrapped around the back beam was the newspaper in the pictures, which gives some hint about when and where it was last used, and explains the title of this blog post. 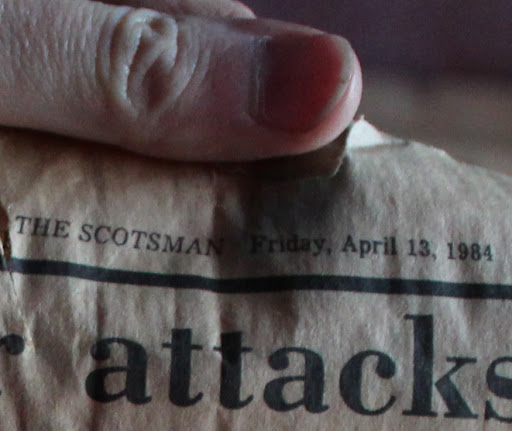 I've been reassembling it and working out how to replace missing parts for about a year to get it into condition it can be used. The most difficult part was the front beam, as the original was missing apart from the pawl, and finding a new ratchet that would match the original exactly proved to be impossible, and even sourcing one in a similar size was too expensive. By coincidence, the Nissen hut on the site and another outbuilding which had fallen to pieces needed to be demolished, and as it turned out, Nissen huts were constructed with wires and steel ratchets of a very similar size to the one used on the loom, which turned up during the disassembly. So I've remade the beam with one of these ratchets and a piece of drainpipe and a piece of old curtain pole, and hope that perhaps one day the original beam might be found. Most of the damaged or missing parts were replaced with wood from rubbish that would otherwise have been burnt or thrown away, and the only parts I bought in were the aluminium bars to rebuild the shafts and the heddles and tie-up. 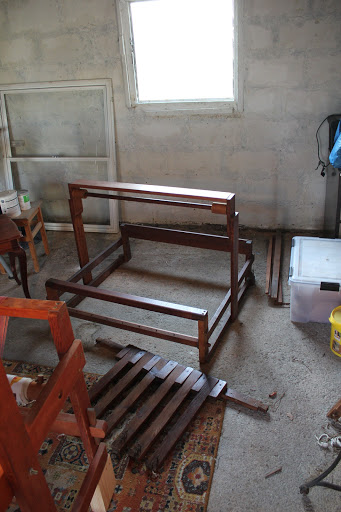 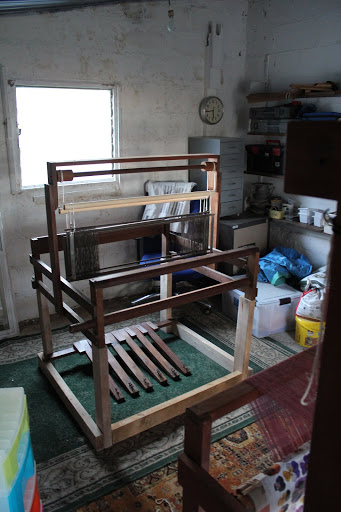 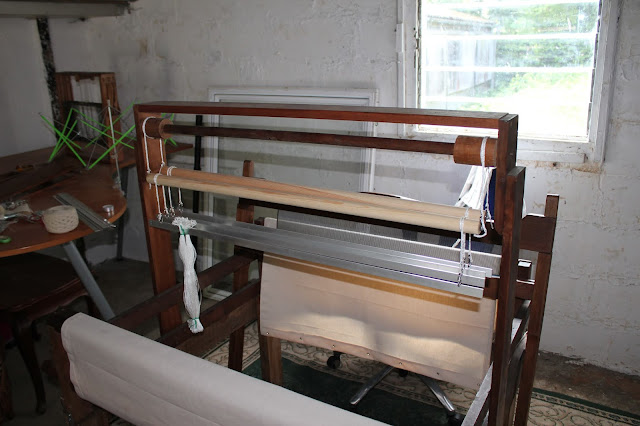 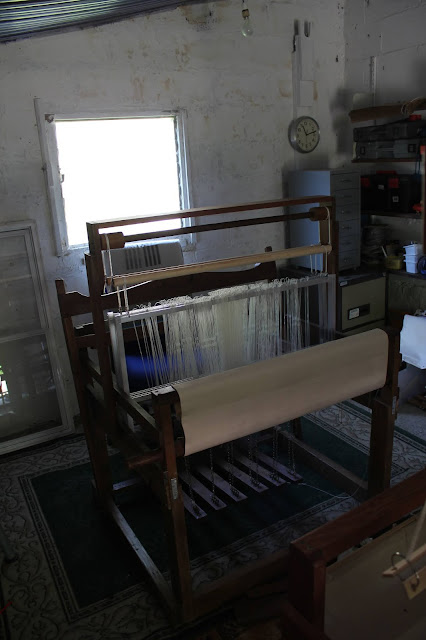 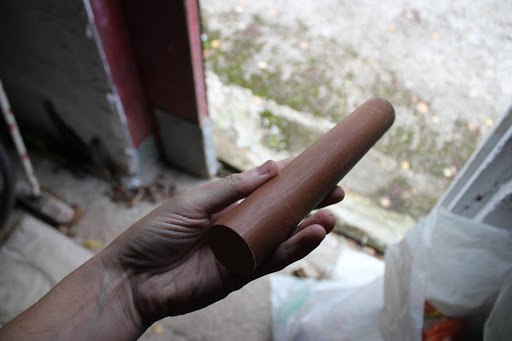 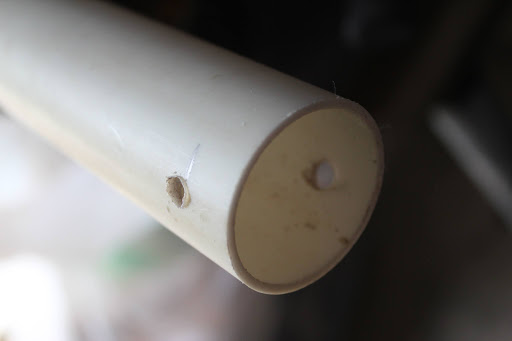 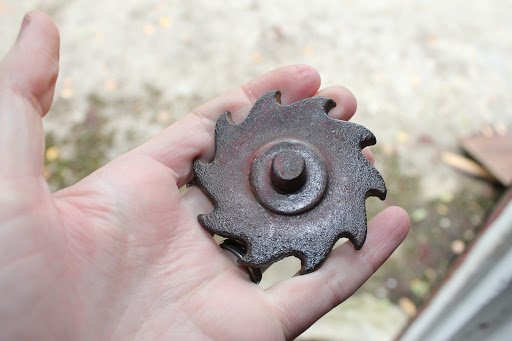 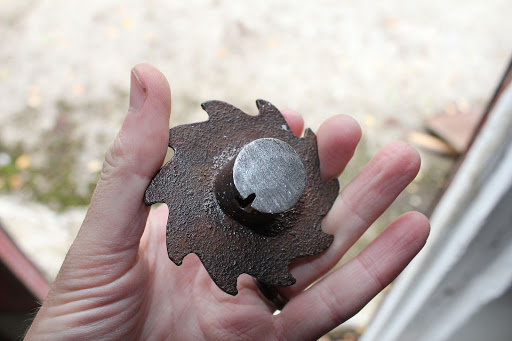 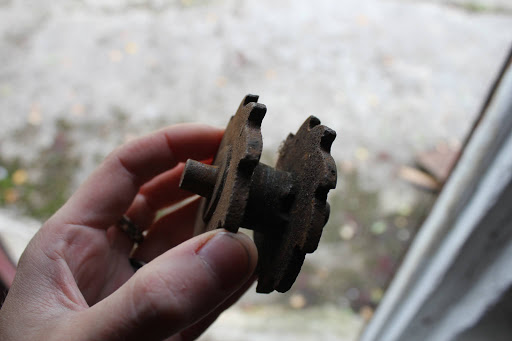 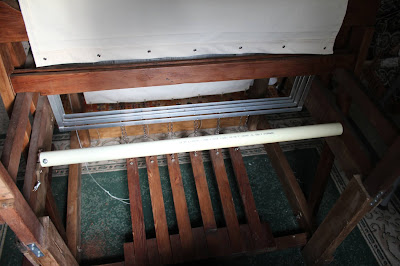 As the newspaper suggests the loom has a connection with Scotland, and since a four-shaft counterbalance of this mechanism was probably what was traditionally used for weaving in most parts of the British Isles, I decided the inaugural project for this loom should be a tartan! The different colours of the tartan are made from wool from native British sheep breeds. 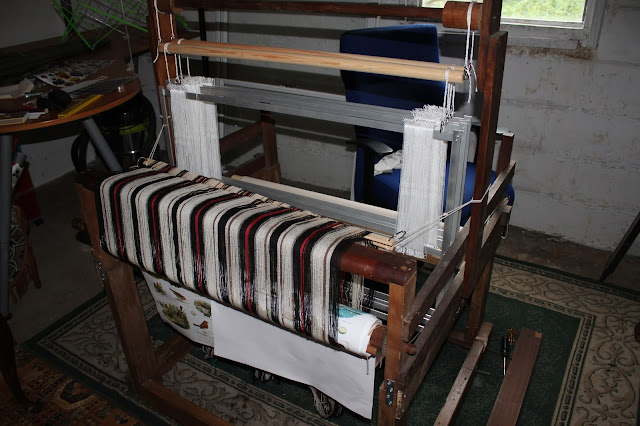 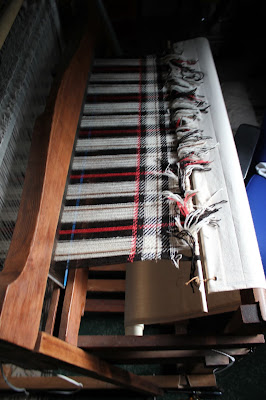 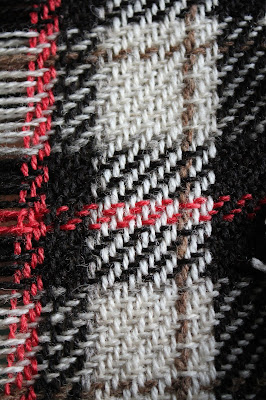 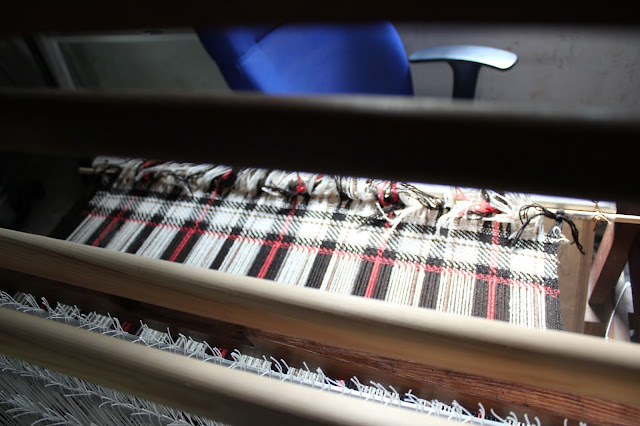 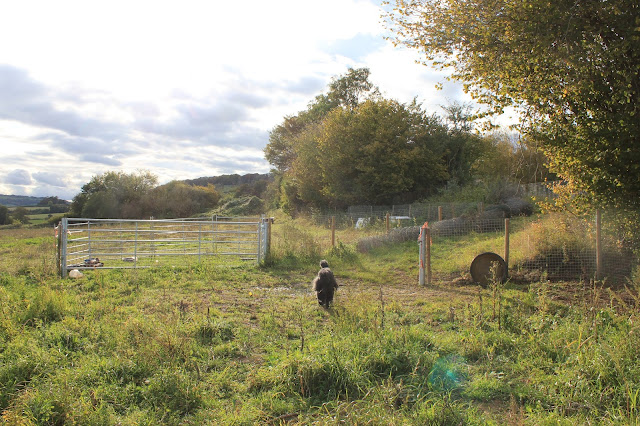 Email ThisBlogThis!Share to TwitterShare to FacebookShare to Pinterest
Labels: crafts