I've not been able to write on my blog recently as I've been really busy because of the pandemic and Saffi's pups as well as everything that normally happens in summer. Camilla had a boy this morning, who weighs 21 pounds (!) and both are doing well. 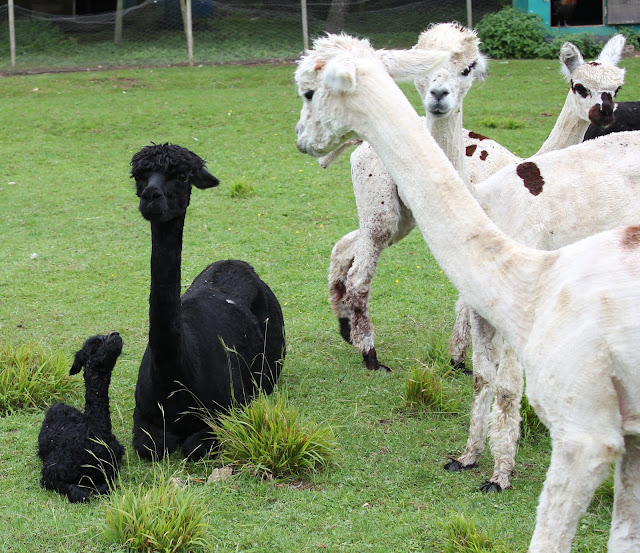 Camilla's son is sired by a champion male, Snowshill Caviar, and is unrelated to every hembra here apart from his mother. So he hopefully has ahead of him the sort of future most boy things would likely aspire to. :-)

The pacas were all recently shorn and we and they are very grateful. Sadly in many ways I feel society is becoming less and less tolerant, and I am disgusted to have observed recently a hate campaign by an organisation of misanthropic anti-domestic-animal zealots against shearers. There are few people more vital to the farming community and to the welfare of alpacas and sheep and other fleecy beasts than shearers, and they do not deserve to be vilified based on some video of amateur hacks manhandling and mistreating animals in a third-world country. Sheep and alpacas have to be sheared; it is a vital part of their health and husbandry done for their own welfare. If they are not sheared, they will overheat and become matted, until eventually matting will restrict their ability to walk and eat and they will die. The cost of shearing from a professional shearer for most animals is more than the price that can be achieved for the fleece.
Posted by MJR at 12:35