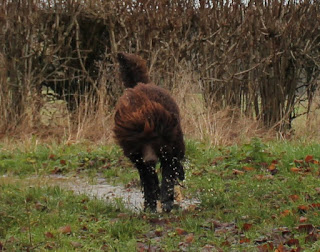 We are living through the Great Mud of 2020. Usually, the ground does not get this damaged until February, and if it rains any more I fear the valley will turn into a fjord.

What goes with mud? Plants and horticulture. This is a blog about animal conservation, but years ago, plants were what first drew me into breeding for conservation. Plant species can be conserved in a garden, greenhouse, conservatory, or even just a windowsill. Plant conservation can be done very cheaply, and is accessible to most people including children and university students. 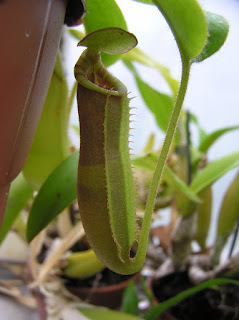 Nepenthes pitcher plants, which can be grown indoors in windows that receive little sunlight

Plant conservation when compared to animal conservation can lead to some interesting philosophical debates. If we have room in the garden, should it morally be given to plants that are endangered in the wild, bought from hardworking breeders toiling to protect them? Should businesses with the facilities and knowledge like David Austin be ethically obliged to concentrate on conservation rather than breeding novelty plants? The answer to both is probably no, because of differences in plant and animal biology and the expense involved in keeping them. While plants have cultivation needs, they don't have welfare requirements, and while it's always depressing to see abused plants and not nice to have to destroy perfectly healthy plants, most people wouldn't consider it morally objectionable if plant breeders throw away surplus plants they don't have space for if they can't find people who want to buy them. Maintaining a plant breeding programme is nearly always cheaper than maintaining an animal breeding programme, and usually large numbers of plants can be managed in a relatively small area. Not everyone who gardens has the knowledge or inclination to breed plants, and most plant species are polyploid whereas mammals are diploid -- which means there is a large amount of genetic redundancy in an individual plant. An individual mammal has two 'versions' of each gene in its genome, whereas a plant may have many, and the same number of plants carry a larger amount of genetic diversity for the species.

So plant conservation is not as critical as rare breed and wild animal conservation. But with spring eagerly awaited, it might be something to think about for those with an interest. 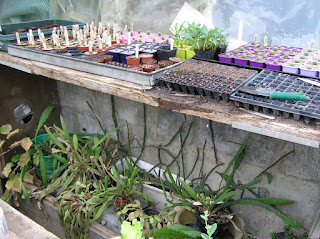 Plants can be grown most cheaply from seed, mail-order venues for which can be found online, and there are other distinct advantages for using this method, chiefly biosecurity and the availability of rare species. Garden centres are generally not good sources of plants, as specimens are frequently misidentified and carry parasites and diseases. Pots for plants can be recycled, or you can even recycle plastic kitchen refuse by sticking drainage holes in it with a hot poker. Generally for most exotic plants that are grown indoors or in greenhouses, normal mud from outside is not suitable compost, and soils from garden centres are not much good either. For cacti and succulents, which are my main interest, I have found that a mail-order coir-based compost mixed with a load of flint chick grit works best. 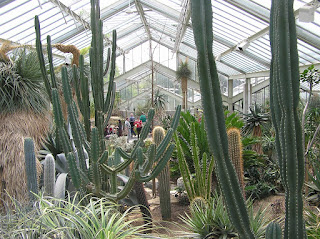 Kew Gardens, home of plant conservation. If the fundamentalist extremists ever get their way and abolish zoos and farming and pets, they will come after this next.

One decision it can be very worthwhile investigating conservation options for is if you're thinking of planting fruit trees. If you choose traditional heritage varieties that were developed in the area of the country you live, they are likely to do better in the climate than generic modern varieties, and a lot of them just taste better than modern ones. If someone who lived 100 years ago saw how people today buy apples from supermarkets and eat them when they're hard and wet and acidic, one would probably be quite perplexed with that. Traditionally apples were picked in autumn and stored, and eaten after they had shrivelled up slightly. The flavours and sugars in the apple become more concentrated and mature and the apples taste better that way. Modern apple breeders seem to develop more for appearance than flavour, probably as a result of online shopping being capable of communicating only this trait. There is an apple tree in a wood on our land that produces very small green apples, which when squashed produce the best apple juice I have ever tasted. I assume considering its age and providence that it's a local variety of cider apple, but I keep meaning to see if I can post an apple one year to someone who might be able to identify it. 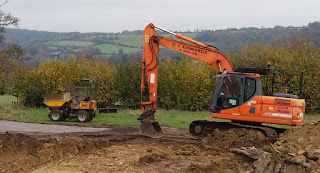