6 goslings hatched, and there is another clutch of eggs in the incubator and a few under a goose who has decided to go broody, so hopefully some more will be along soon. I hope this year to have some geese available to sell as well as some to eat.

Meanwhile, the youngest emu, whom we have now ascertained is male, and whom I have decided to call Siegfried, is getting bigger and pooier and smellier, and not very nice to have in the house. Because he needs to spend more time with his own kind, he has moved out into a pigsty where he can see and interact with the older female chicks (who are now called Odette and Odile). I don't leave him with them unattended, because of the obvious size discrepancy. While Odette and Odile seem to know Siegfried is another emu and are not aggressive towards him, they could seriously hurt him with a too-hard peck.

Loki today managed to catch and kill a rabbit, and spent most of the morning and the early afternoon carrying it about the garden and slowly eating it, until it began to rain and he had to come in. 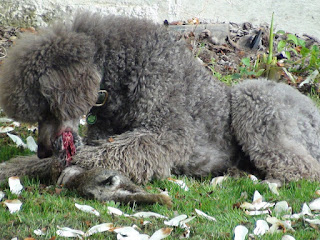 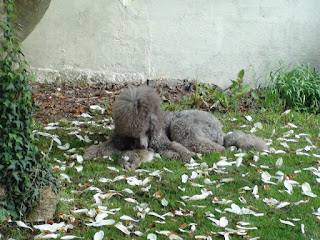 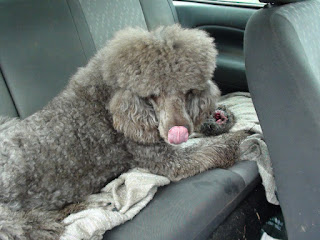