Curse of the Fruit

It's that time of year when windfall fruit is going mouldy, and unfortunately the younger two poodles just will not leave the fruit alone. Not only does eating rotting fruit off the floor put dogs at risk of being stung in the mouth by wasps and potentially eating slugs that could carry lungworm, but either the fruit or the mould on it disagrees with them, and recently despite the best attempts to stop them from eating it, Hobsey consumed a large quantity of damsons and pebbledashed the hall with the stones (Hobsey lived outside for several months before she came here, and although she has learnt to be clean in the house, she has never really got the idea of asking to go out if she is caught out and has to rely on routine instead). Indi was later whining and indicating that she needed to go out, and when let out she had diarrhoea, but she trod in it and so it ended up back in the house. 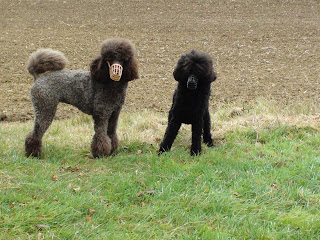 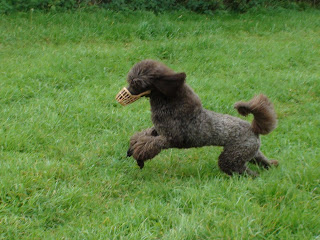 So Hobsey and Indi are both having to wear muzzles while outside for the moment. This means they can still run about rather than having to be on a lead. Indi is a bit sensitive and doesn't like hers much, so I hope she will get used to it soon, but Hobsey doesn't seem to care and carries on trying to cram stuff in her mouth despite the muzzle. 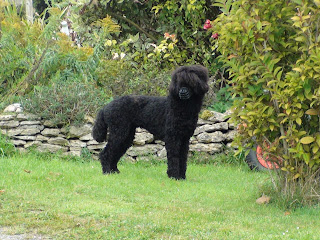 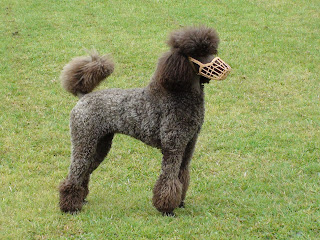 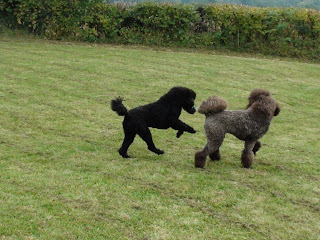 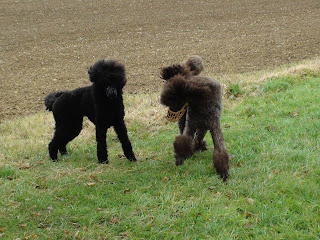 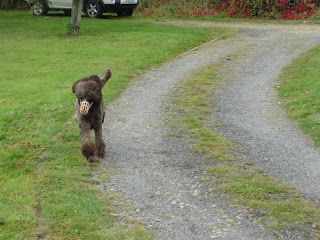