Today Pasha is 4. Unfortunately we didn't really get much of a chance to do anything special together and I don't have a picture of her enjoying her birthday because it rained all day, and I don't think she was exactly enamoured with her 'birthday present': 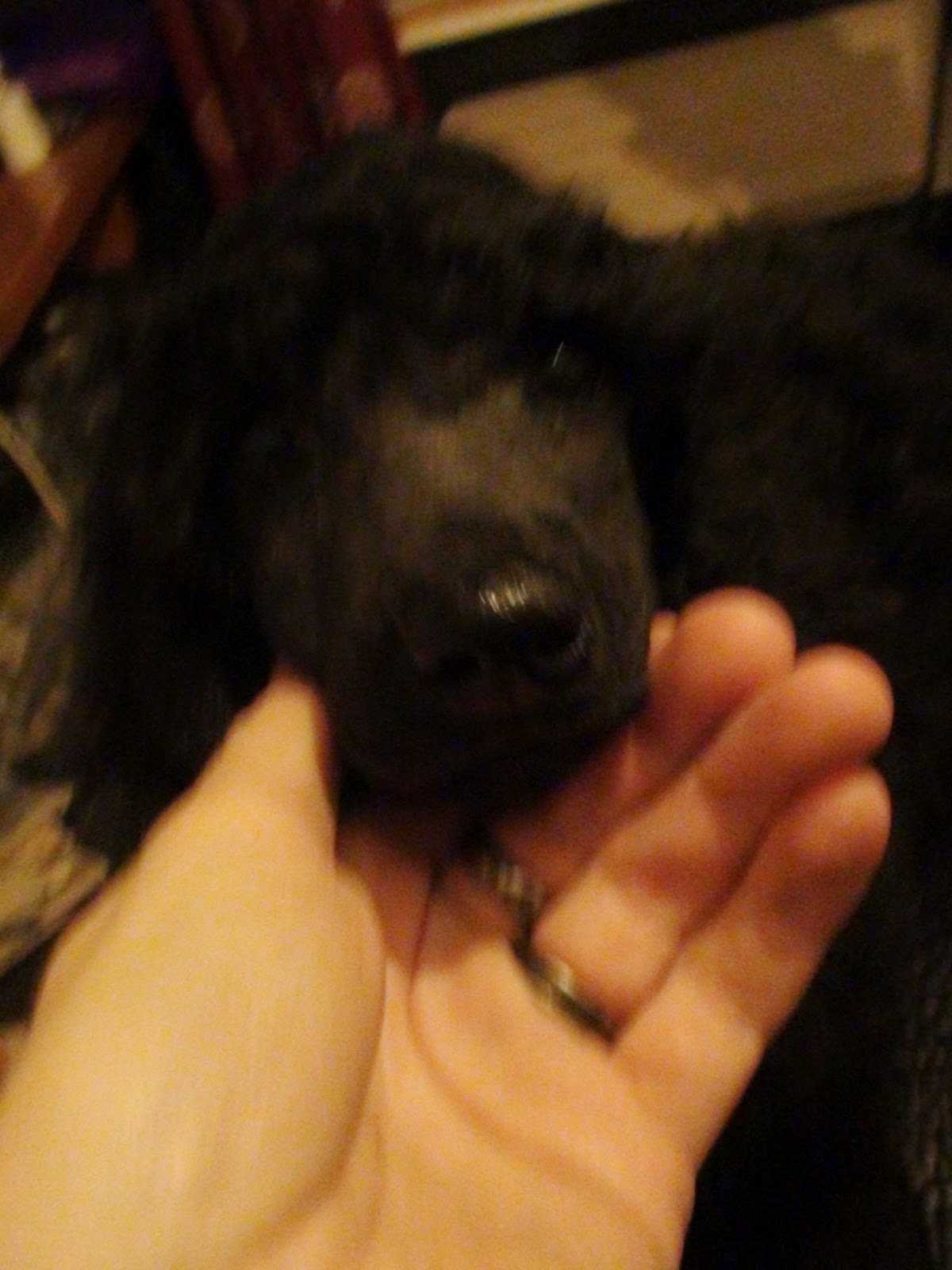 Apologies for the poor-quality picture. This is a poodle puppy and her name is Indi. I was busy all day, as a breeder friend's husband had come over from the USA to choose a brother of Indi to take home, and I clipped the faces of the two boys and helped him to evaluate them, and after this we were sorting out a crate for the puppy to fly back in and getting a certificate from the vet. By the time I was able to clip Indi's face and take a picture, it was dark.

While I was trying to breed Twiggy back in the spring, I used a dog from Wylderhope and Supernova bloodlines whose pedigree I loved. This dog had sired only one litter before, with three pups in it, and while talking to his owner I found out that the person who had bred this litter kept poodles as working gundogs, and had a daughter from the litter named Ember, whom he was interested in breeding but was not sure what dog to use, and had an interest in keeping going old bloodlines. Ember's mother also had an unusual pedigree, that included a very unusual bitch called 'Lady Lucy Locket of Highlea'. I said at the time that I knew the whereabouts of Twiggy's brother and one other dog of old bloodlines, and said if they did use either of them, I would like to be on the waiting list for a daughter from the mating.

As it happened Twiggy did not get pregnant, but Ember's owner decided he would mate her with Twiggy's brother, and she did get pregnant, and four pups were born. So Indi is a very special puppy and I am very glad to have her.