I had planned to go to the show at Paignton with Pasha and Hobson to meet a friend who lives nearby and was going to show her dog there, but unfortunately the friend could not come, and with no-one to hold one dog while I was handling the other, I decided just to take Hobson and go on my own.

Hobson came second in the Junior Bitch class. Unfortunately, despite arriving at 10:30 am, the class was not judged until it was approaching 4 pm. Hobson only turned 1 last week and is still not accustomed to large numbers of people and dogs, and although it started off as a good socialisation experience for her, after nearly 5 hours she was overloaded, exhausted, and thoroughly fed up of the whole thing, and I can't say I can blame her. Neither of us had any lunch, and I was starting to become concerned about being able to get home in time to the other four dogs, whom a friend kindly checked on and let out for a toilet break at lunchtime, and to put the birds away. Poor Hobson would not stand nicely for the judge to go over and we had to rush out as soon as the class was finished. This is not the first time we have had problems with shows and judging times, as last year I took Pasha to the Richmond show where in the catalogue, judging was listed as starting at 10:30 am. We arrived just after this time to discover that the judging had in fact started at 9:30 and the judge had been through all the dogs and was on to the bitches, and we had just missed our class, making the whole thing a total waste of diesel, time, and entry fee.

This time, although Hobson did get to show, it was a waste of our time getting up early and having to wait around at the show with nothing to do (I could have gone and visited my friend at home first if I had known how long it was going to take). What should have been a fun morning out with a dog turned into a tedious waste of a whole day, and Cally did not get to go to agility this evening because I was too knackered after getting home and sorting everything out. I often read in Dog World and on social media people complaining that not enough people enter shows these days. Perhaps more people would feel encouraged if the show organisers would post reliable guidelines of when breeds were to be judged in their catalogues? 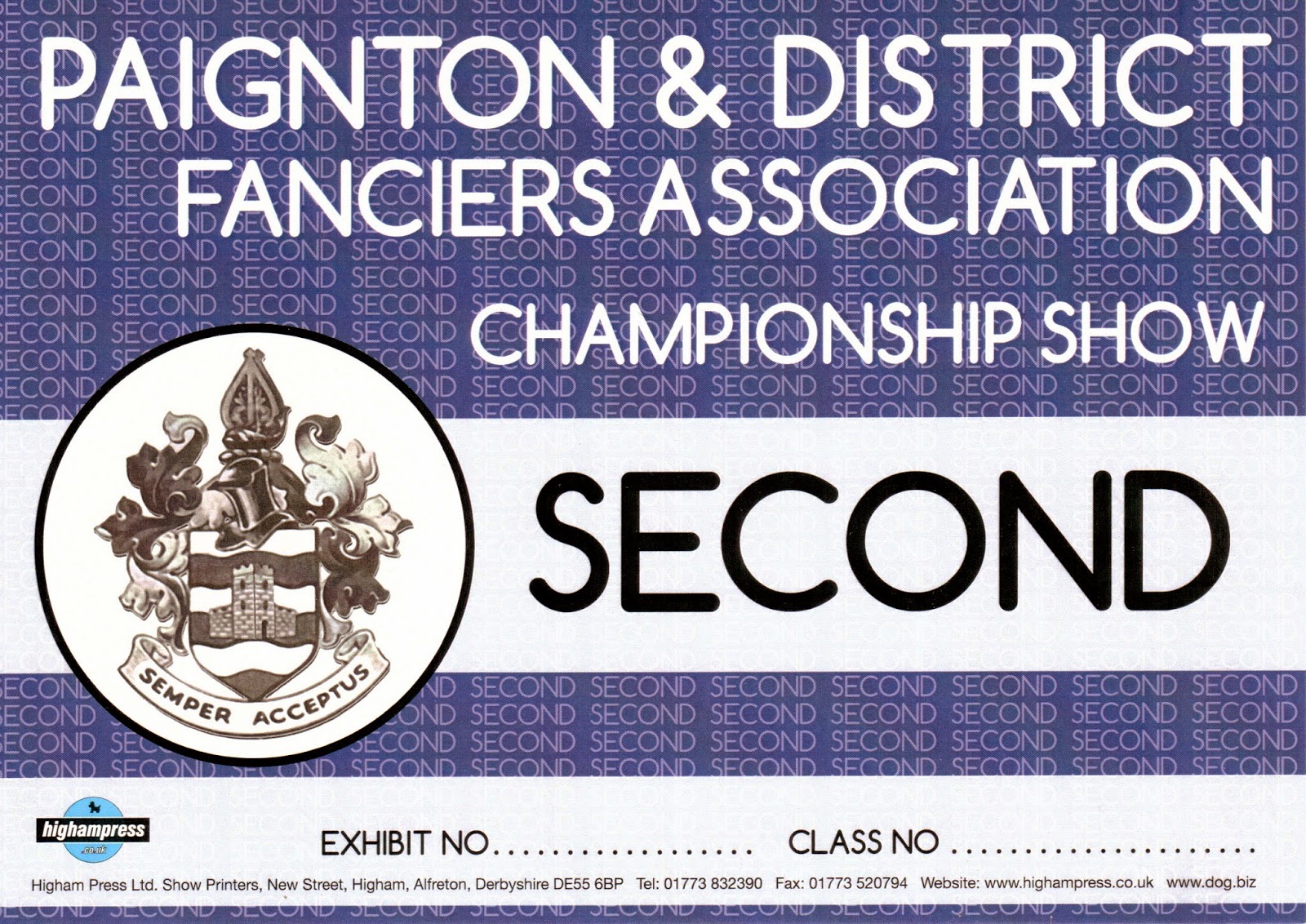