Hobson did really well, particularly as this was her first show. She managed not to slaver all over herself and Pasha on the way there in the van (she didn't manage on the way home, but it didn't matter so much by then). Big thanks to Maureen Doran for stepping in to handle Pasha in the Best in Show class, when it turned out Hobson had to go in that too.

Rather unfortunately, it did end on a bit of a bad note, as I was taking Hobson into the Best in Show ring, a terrier lunged and bit me on the knee. The owner apologised, and I wasn't going to say anything until it occurred to me that the bite was likely aimed at the puppy on the other side of my knee, and if the terrier had bitten Hobson it would have ruined her for show, so in the end I did report it.

Pictures of Pasha and Hobson after the show: 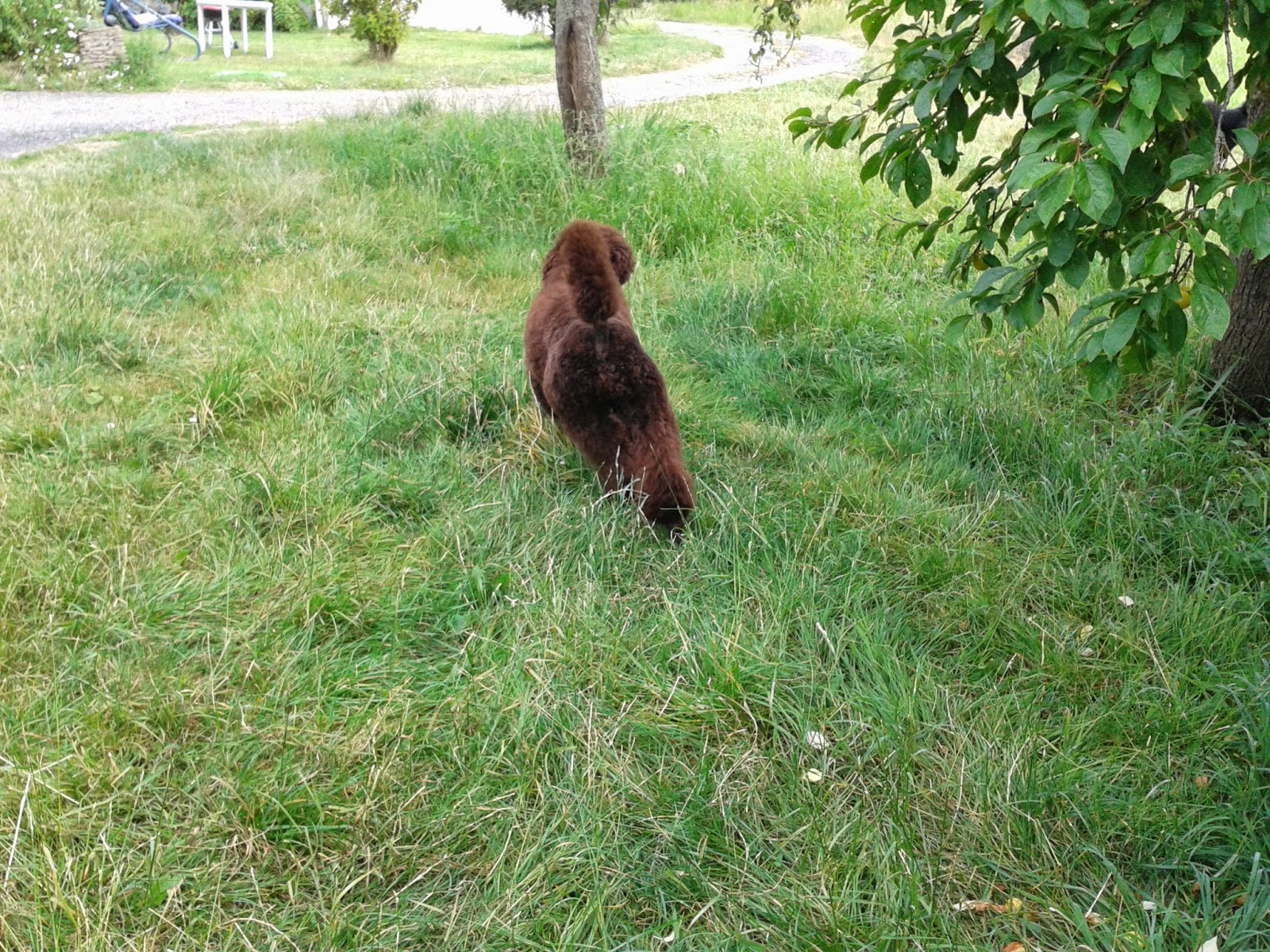 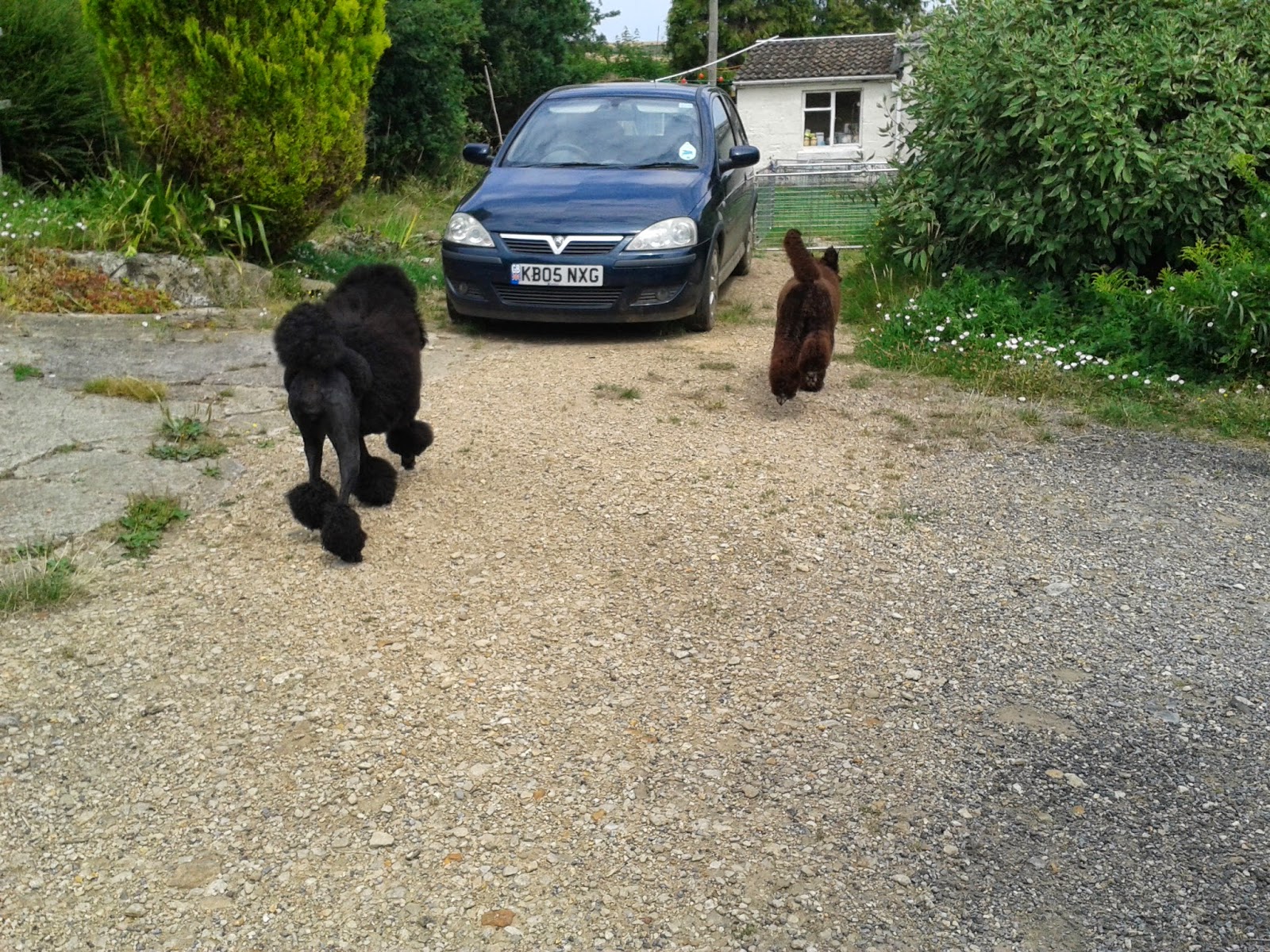 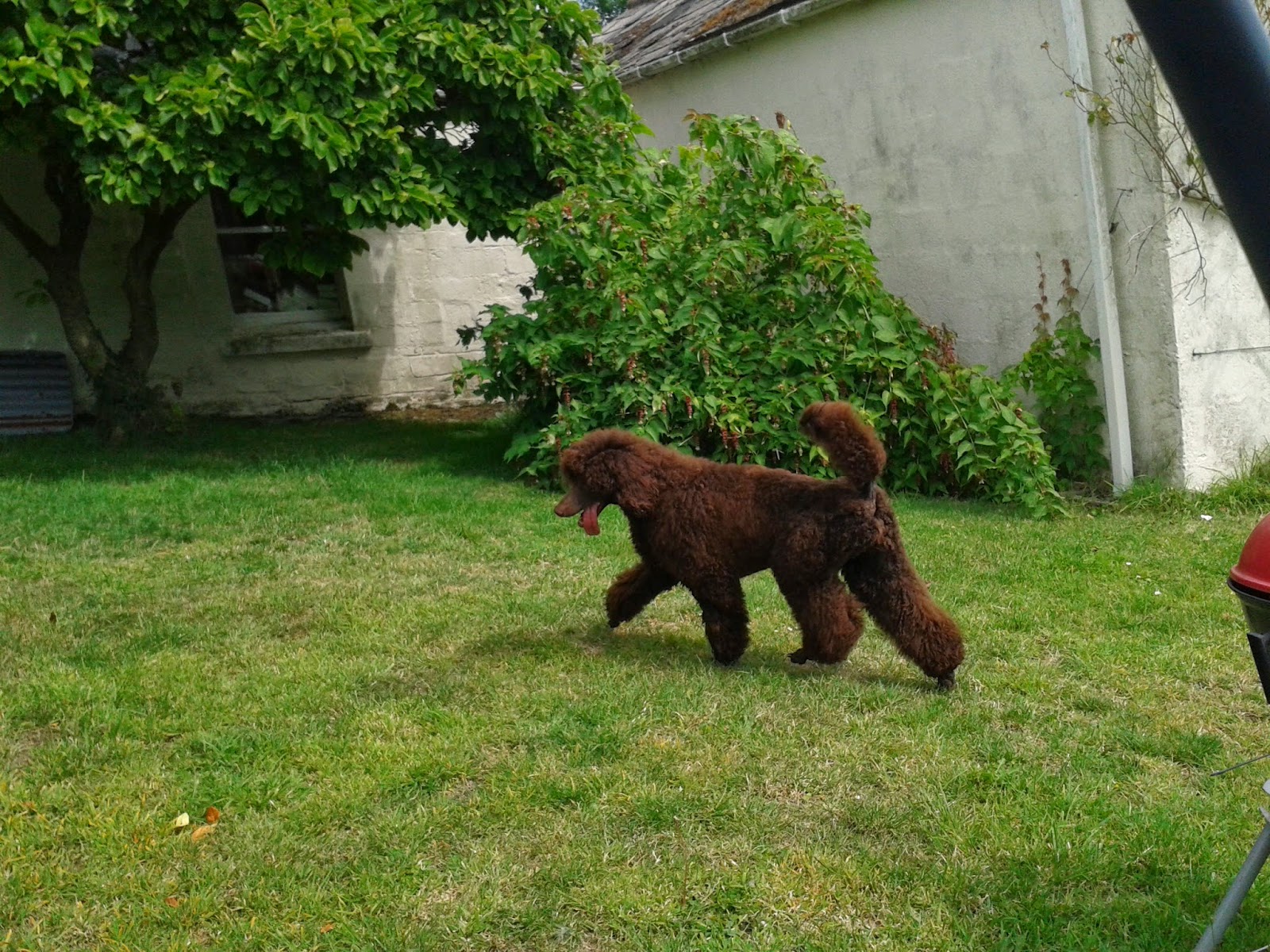 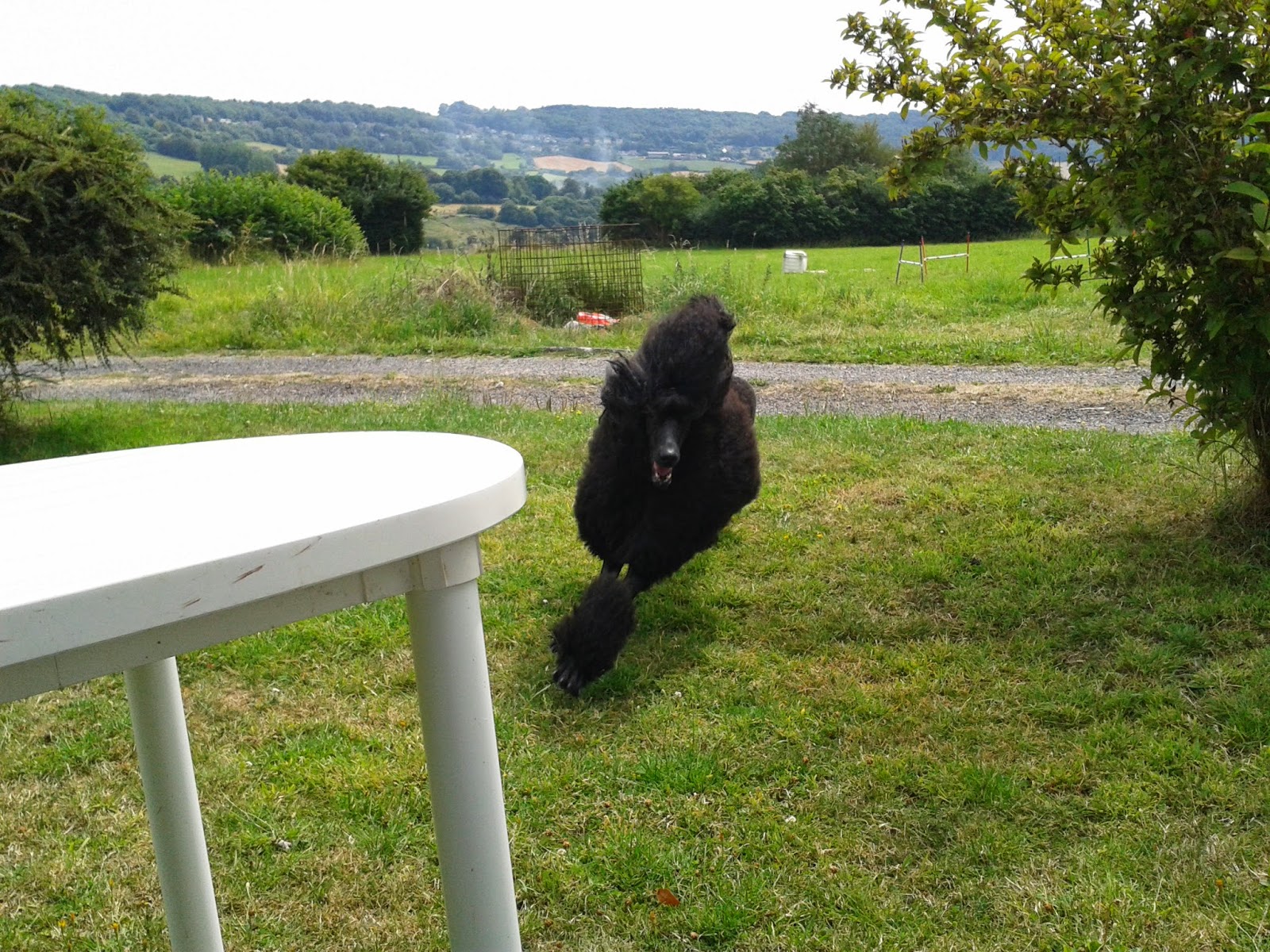 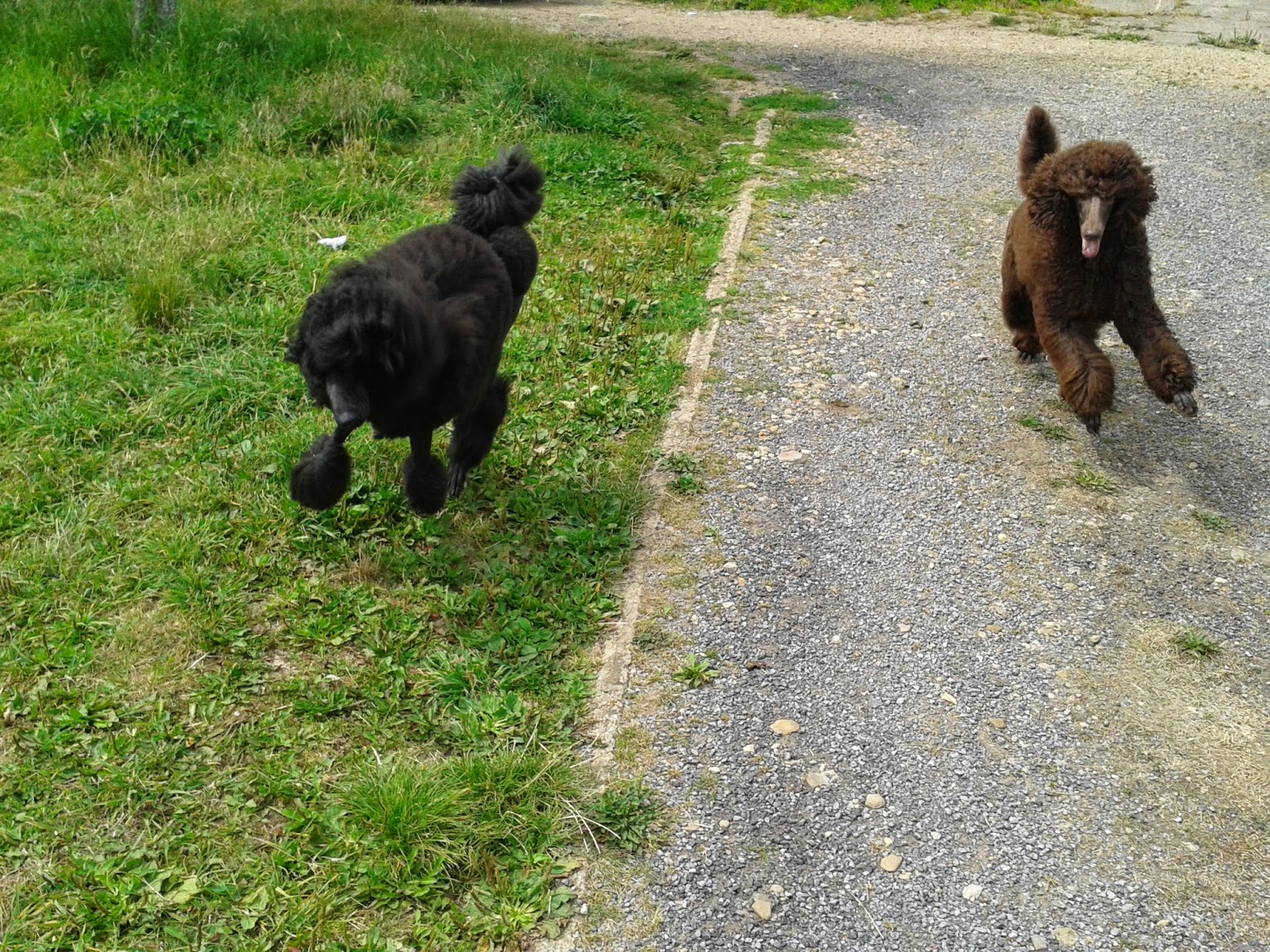