The chicken eggs have hatched... well, some of the chicken eggs have hatched. Of the six Cream Legbar eggs that developed, one died part-way through incubation, and another was dead in shell before internal pip, which left four eggs that hatched, and they look to be two cockerels and two pullets (I wanted a cockerel to go with three hens I already have of this breed).

Of the maran eggs, 12 from two separate sources, the shells were so dark I found it impossible to candle them, so all of them stayed in the incubator up until hatch date. One hatched this morning, a day late, and as the others were showing no signs of pipping, I floated them and it turned out none of them were alive. Throwing them on the concrete outside the house revealed no peeps in any stage of development in any of them, and I can only conclude that they were either not fertile in the first place, or had been damaged beyond viability in the post.

Oh well, no more hatches until next spring now. :-( 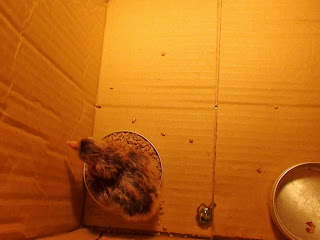 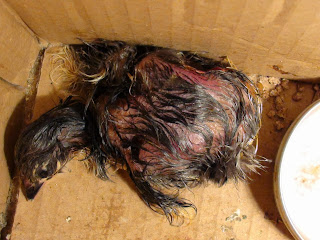 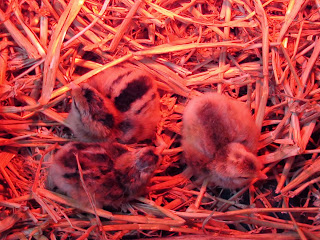