The goose eggs have finished incubation, but unfortunately all but two died before they had internally pipped. The first egg to hatch was a textbook hatch of the Toulouse egg and you can watch it in the videos:

The second egg took too long between externally pipping and trying to get out and was making no progress by itself, so I ended up dismantling the shell over several hours. The gosling was glued in with what looked like jam and I think the fatal mistake I have made on this hatch is having the humidity too high during the early part of incubation so the eggs did not lose enough water. The Toulouse eggs looked older than the West of England eggs (they had larger air cells at the start of incubation) so the humidity was probably correct for the one that developed but not for the fresher West of England eggs. 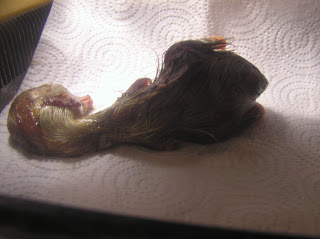 The gosling is a gander and at first he was very floppy and for the first 24 hours wasn't able to sit in the normal position or hold his head upright. It is now the second morning and the gosling seems to be doing better: 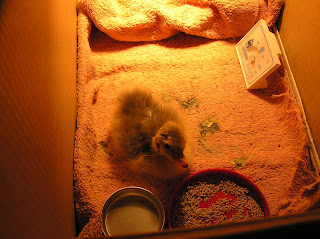 He still does not seem to be able to use his legs properly, but is able to get around and sit normally, and he is drinking so eating should follow if he isn't doing it already. Hopefully soon he will be able to go out in the shed with the other one.